Kabonge's pounced after Abbas Kyeyune was fouled by Spartan defender James Jjuuko in the second half not only to ensure his side took the sh1m prize, but also strengthening his claim to the Most Valuable player Award.

In the girls final, Latifah Nakasi's strike was enough to win them the trophy and similar cash prize, as the runners up in both categories pocketed sh500, 000/- each, in the 7th edition of the championship.

Airtel Head-Brand and Communications Remmy Kisakye advised the community and the youth to take such tournaments seriously reasoning that they are the foundation for future stars like some who are currently playing for the Cranes who came through the same.

"As a brand we are still committed to take football to another level and we shall continue to focus on the grassroots in order to unearth new talent for the country," Kisakye said. 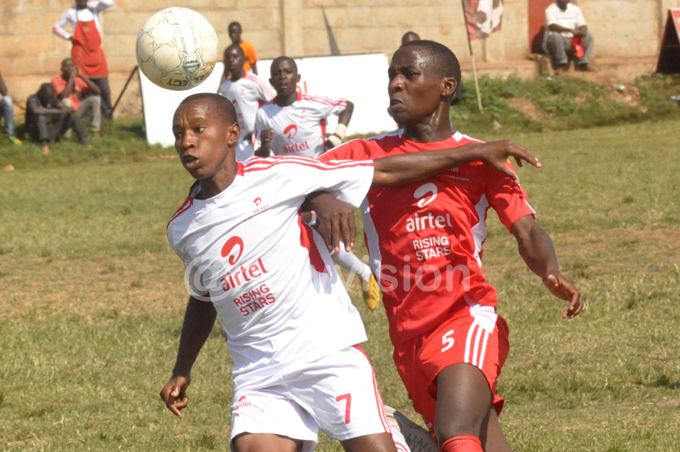 This weekend the search for Uganda's future stars heads to Masaka before other qualifiers in Bushenyi, Soroti, Arua, and other parts of the country before the national finals in Fort Portal at the end of August.

Meanwhile, KJT who recently won the International U-19 Youth Championship in Spain paid a courtesy visit to the France ambassador to Uganda Ri and presented her the trophy they won after beating CF Lanucia 2-1 in the final last month.

Following their triumph seven of their players will head back to Spain for trials and for a chance to start their professional careers.