MENU
What exactly is the role of an LC1 chairperson?
Previous Story

In pictures: 12 boys, coach escape death i...
Next Story

A round-up of LC1 polls around the country

A round-up of LC1 polls around the country

The incumbent chairman of Ireda Chamber village in Lira celebrates the victory with his supporters. (Credit: Joseph Ekol) 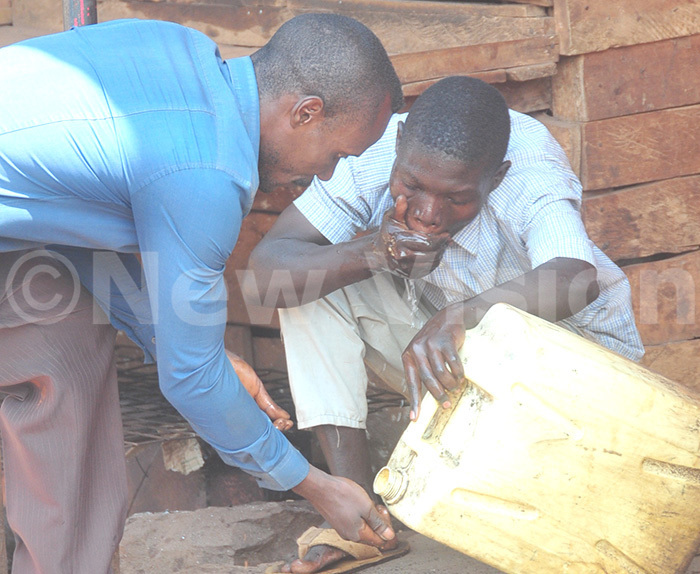 Some of the residents of Mafubira trading centre in Jinja district washing their faces with water to get rid of the teargas that was sprayed at them when they got rowdy during the voting. (Credit: Donald Kirya) 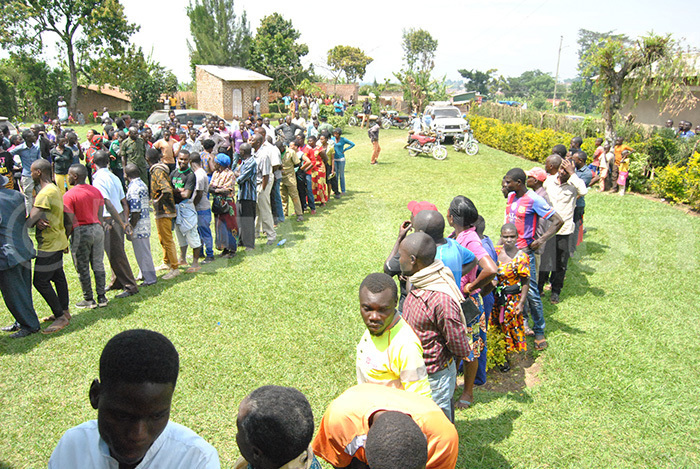 Voters lining up at Kitumba, Kabale district to vote. (By Rogers Sunday) 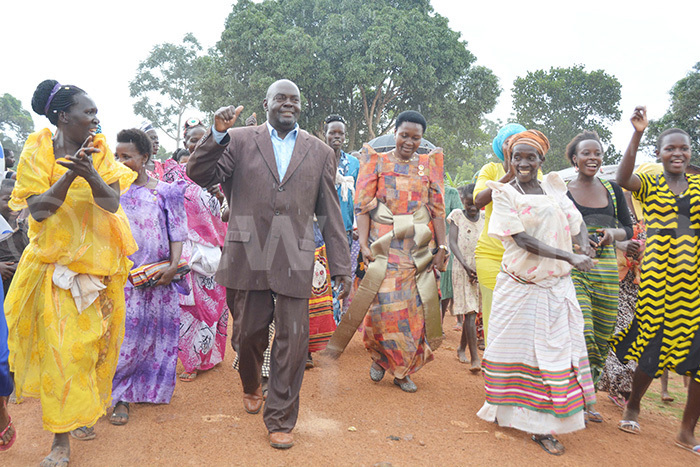 Kizza Seninde with his wife,  Hon Rosemary Seninde (the minister of State for Education, Primary) and his supporters celebrating his win of the LC1 vote for Ssenyomo B village, Kiziba Parish in Kikyusa sub-country, Luwero district. (Credit: samuel Lutwama)

Mary Akello Ojudu, 82,(wearing gomesi) who has been serving as Lc1 chairperson of Biashara cell in Apac Municipality for the last three decades, has been re-elected with landslide victory under UPC ticket. She got 64 votes against her rival Sophia Obua of NRM (right) who got 17 votes. Ojudu is remembered in Apac for begging President Museveni to consider giving Apac a municipality which he did. (Left) Ojudu talking to the President recently. (Credit: Hudson Apunyo) 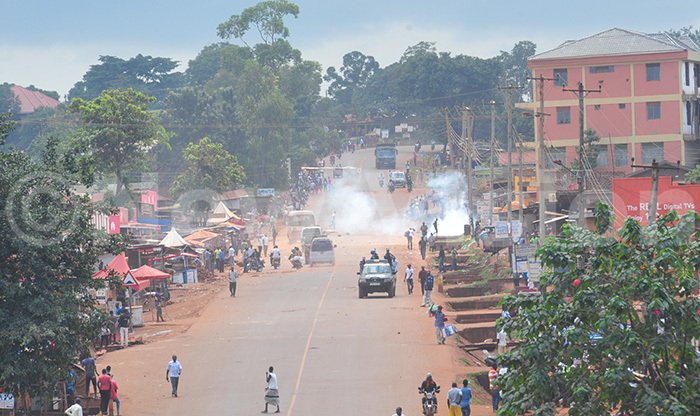 Residents of Mafubira trading centre in Jinja district rioted and Police had to disperse them with teargas. (Credit: Donald Kirya) 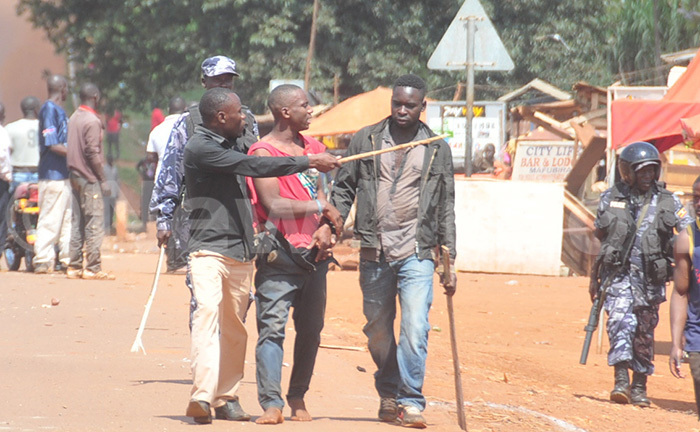 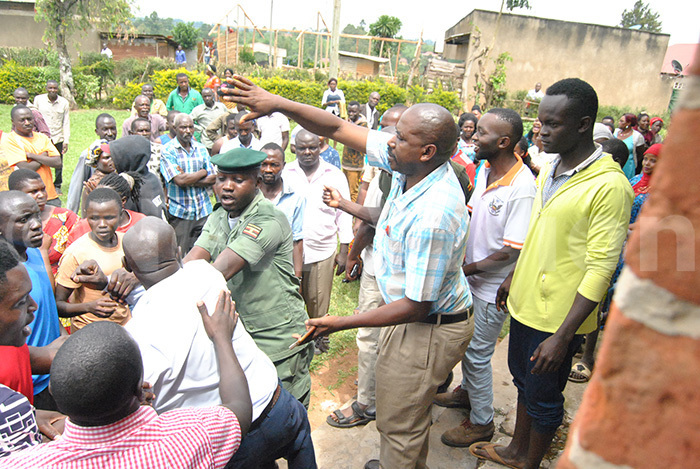 A UPDF officer trying to contain a stuation at Rwengoma B III village in Kabarole district. (Credit: Rogers Sunday) 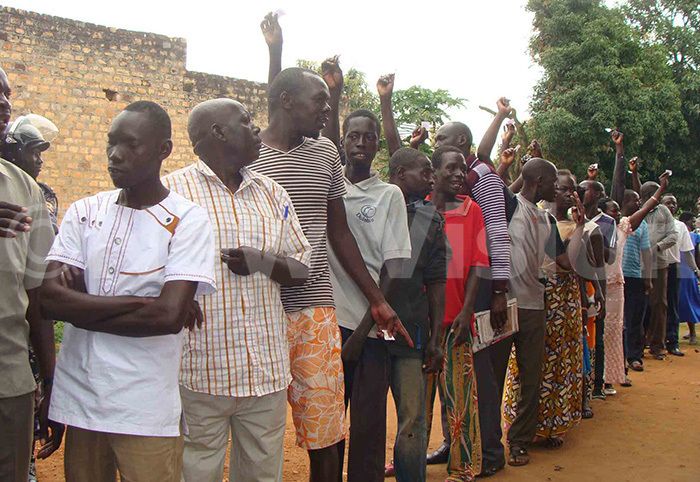 Elections in Karuma and Bweyale in Kiryandongo  district were suspended over fake voters' registers and  allegations of ghost  voters. (Credit:  Saidi Engola) 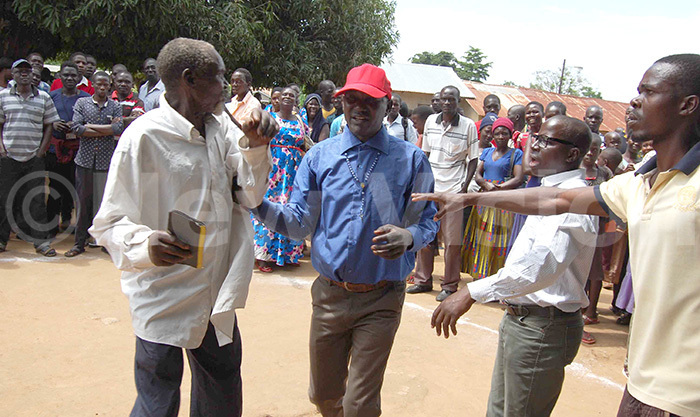 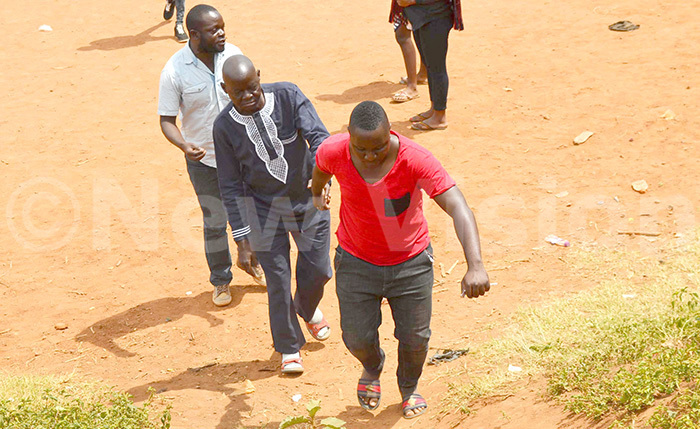 Robert Matembe Kiberu being whisked away by his son Guster Matembe after noticing defeat during the voting. (Credit: Violet Nabatanzi) 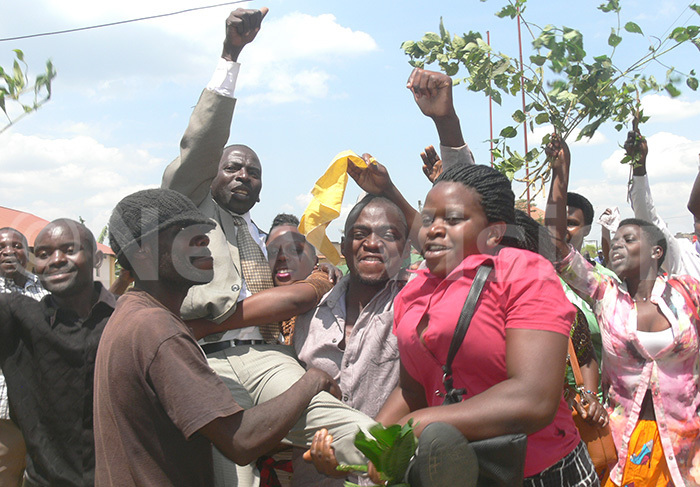 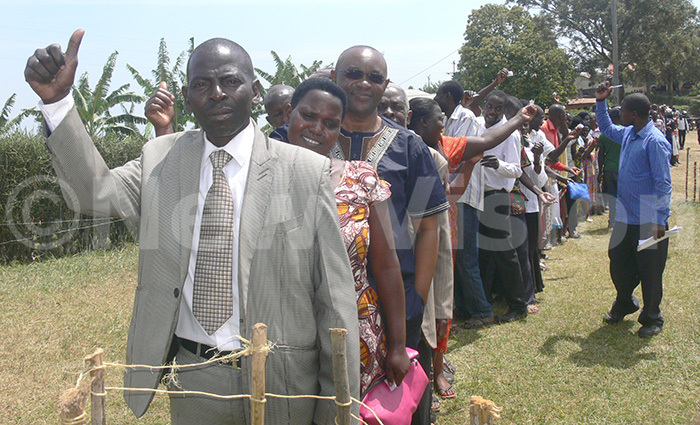 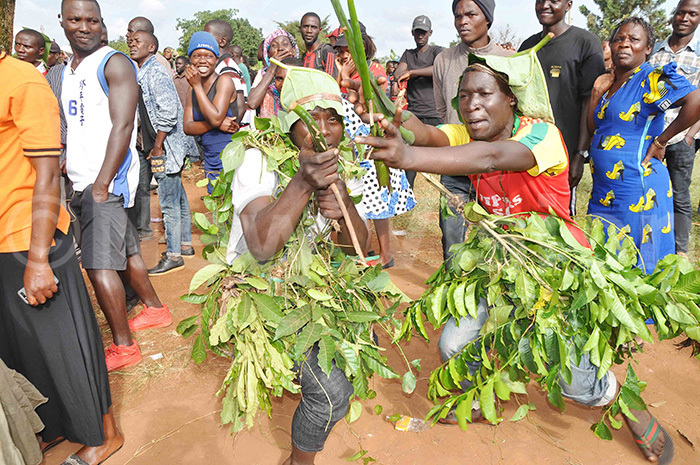 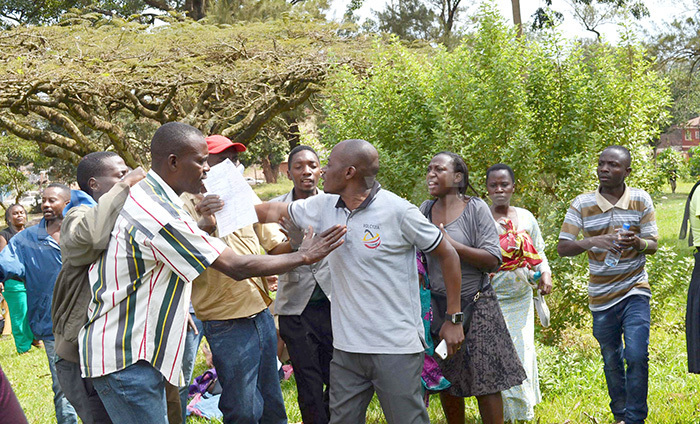 Voters of Diplomat Village in Nsambya, Kampala, exchange blows with other voters who were allowed to vote without presenting National IDs. (Credit: Violet Nabatanzi)

In pictures: Motocross Championship at Garuga

Getting set for Martyrs' Day: In pictures