Uganda's chances of qualifying for the 2019 Rugby World Cup were dealt a severe blow on Saturday following a 38-22 defeat at the hands of Kenya in Nairobi.

This was the second defeat in the Gold Cup campaign with the first one being the 55-6 to Namibia away in Windhoek last month.

Rugby Cranes coach John Duncan attributed the defeat to the laxity of the team in the first half. 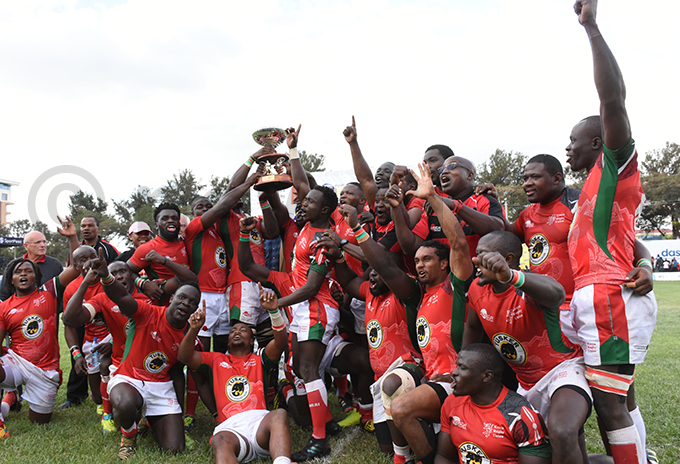 Kenyan players celebrate their win. Photo by Johnson Were

"We relaxed in the first half and conceded many points and even when we played a better game in the second half, we could not fix the gap," Duncan said.

"We are going back home to fix our mistakes and hopefully win the remaining home games," he added.

Uganda lost the game in the first half when they conceded tries by Jacob Ojee, Davis Chenge, Samson Onsomu, Felix Ayange to end the first half on 28-5. Uganda's try was scored by Philip Wokorach. 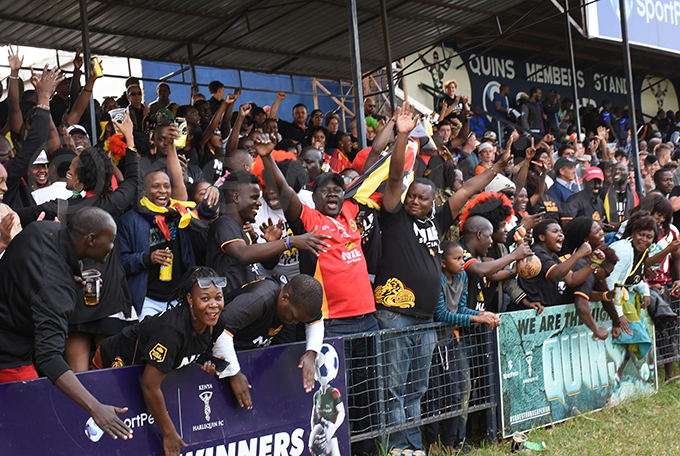 Ugandan fans had reason to celebrate in the second half but the joy was short-lived. Photo by Johnson Were 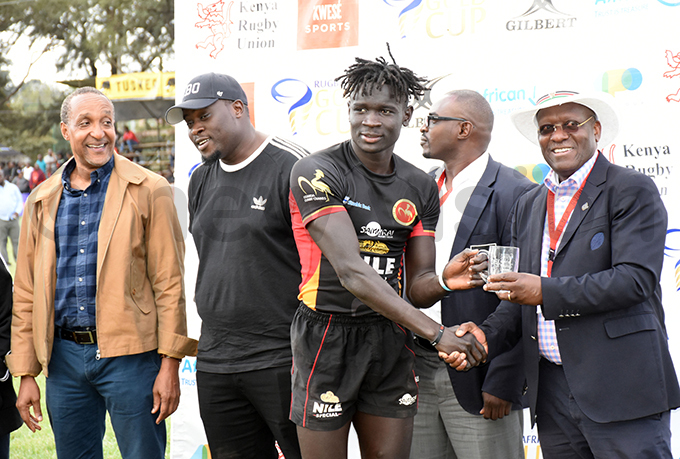 In the second half Uganda regrouped and managed to play better game than the hosts, scoring three tries through Ivan Magomu, Michael Wokorach and Philip Wokorach who also managed to add one conversion to make it 31-22.

This gave Uganda hope but the Kenya added a try through Moses Amusala and a conversion by Darwin Mukidza to end confirm the win.

The defeat also saw Uganda lose the Elgon Cup to Kenya and will now play their remaining Gold Cup fixtures against Tunisia on August 4, Morocco on August 11 and Zimbabwe on August 18 in Kampala to stave off relegation to Tier B.