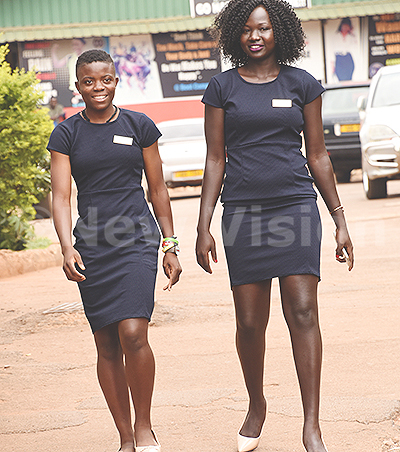 The doors were opened and here we are; Gertrude Chandiru and Immaculate Nakisuyi after playing cricket out of this world in the Namibia meet have been head hunted by the International Cricket Council.

This is certainly one of the greatest news any player would wish to wake up to and for the duoit is not a case of having their heads in the clouds: it is happening for them as they were selected on the Women's Global Development Squad (GSD).

"This is one of the best things that have ever happened to me in my career. I'll by all means capitalise on getting the best out of this opportunity. I'm overwhelmed with joy" said Gertrude Chandiru.

Chandiru's heroics in Namibia propelled her to the MVP of the tournament when Uganda ruled the continent to book the sole ticket at this year's ICC Women's World Cup T20 Qualifier that starts Saturday in Netherlands.

The all-rounder will hope to make an even better representation of her talent in Netherlands when Uganda makes the final attempt at the World Cup November in West Indies.

Conversely Immaculate Nakisuyi belives her great years in the game are still ahead of her.

"I'm ready to expose my talent further and getting such a once in a lifetime chance can only be memorable" the extremely shy youngster said.

The GDS is a partnership between ICC and England and Wales Cricket Board (ECB) which focuses on giving exposure to teams outside the top eight ranked sides that feature in the ICC Women's Championship.

Uganda's duo will make a 13-member team alongside players from Bangladesh, Ireland, Netherlands Papua New Guinea, Scotland and  UAE that will play with ECB Super  league clubs as their pre-season warm ups.