PIC: The great aunt of Pheeraphat 'Night' Sompiengjai, one of the members of a Thai youth football team currently trapped at the Tham Luang cave, shows a Spongebob birthday cake for Night at their home in Mae Sai on July 4, 2018. (AFP)

MAE SAI - Pheeraphat Sompiengjai's family still have a birthday cake in the fridge waiting for his return home, as the discovery of the missing boy and his football team in a Thai cave brings joy to relatives but despair at the long rescue ahead.

Grilled pork and dessert had been prepared as a post-football birthday treat for Pheeraphat known by his nickname 'Night' who turned 16 on June 23.

Night's relatives waited that evening to celebrate his birthday his 17th by Thai tradition. But he did not come home.

Instead Night, his 11 teammates and their 25-year-old coach made the ill-fated decision to walk into the Tham Luang cave after training.

The boys chipped in to buy snacks to take down to the cave to mark his birthday, relatives at Night's village of Vieng Hom said on Wednesday.

They speculated it was those snacks that sustained them during the nine-day ordeal before they were found late Monday huddled in the dark on a muddy bank, flood waters ominously beneath them. 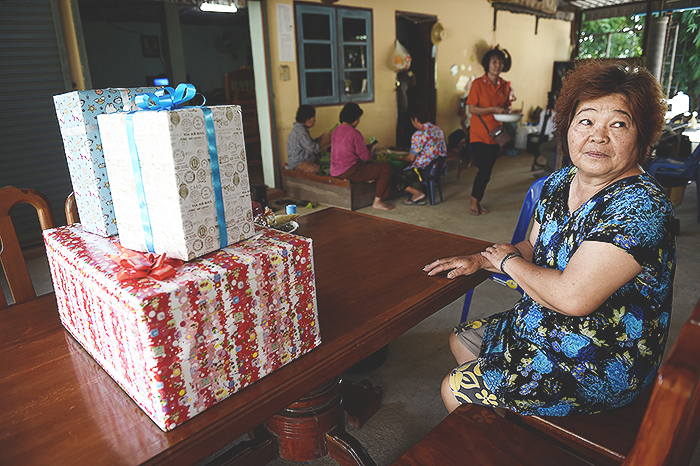 A relative of Pheeraphat 'Night' Sompiengjai, one of the members of a Thai youth football team displays birthday presents for Night at their home in Mae Sai. (AFP)

It was meant to be very different, says Night's sister Phunphatsa.

"We prepared dinner to celebrate and some relatives came to join."

"The cake is in the fridge. I kept it there to surprise him."

As the hours passed they knew something was wrong, in a tight-knit community now wracked by anxiety for the boys' return.

"He never missed any time he was supposed to be home," his sister told AFP.

As the rescue mission drew a blank for days, the family kept the cake because "we still had hope" he would be found alive, Phunphatsa added.

Their village, abutted by rice fields and framed by Northern Thailand's dramatic mountains, is also home to three of the other boys trapped in the cave.

The group still languish inside the cave's 10 kilometre-long passages, with floods blocking their exit, but are now under the care of Thai navy divers and medics.

But fresh rains are forecast and a complex evacuation lies ahead.

The distress was eased a little on Wednesday, when fresh video released by the navy showed the team smiling and looking markedly healthier than when they were found two days ago. 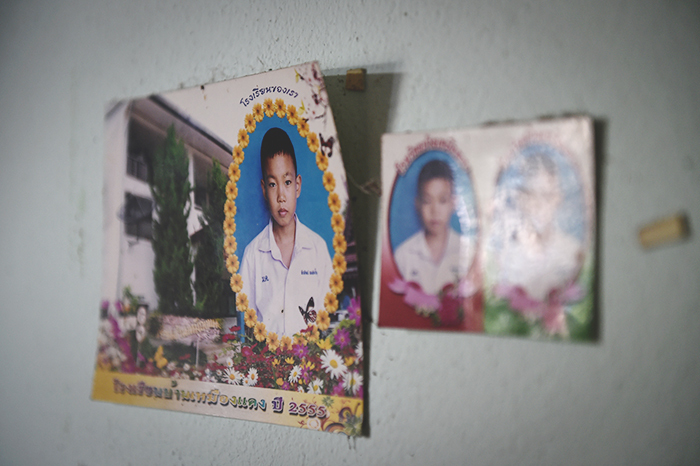 Photographs of Pheeraphat 'Night' Sompiengjai, one of the members of a Thai youth football team trapped at the Tham Luang cave, hang on a wall at his home in Mae Sai. (AFP)

Night joined the football team about a year ago and played in goal.

His sister said the four cave boys from Baan Vieng Hom would gather at their house nearly every day before going out to play.

It may be days, weeks or even months before they can resume their normal routines.

"I feel it's a long time (to wait) but it's okay if it makes him safe," Phunphatsa said, adding that without him, "the house is quiet."