TOP National STORY
3 years ago .
Climate change escalating poverty in Karamoja
Rainfall in Moroto district comes as a blessing, which lasts for about four months.

PIC: Jagdish Koojul, the President, Executive Board of UNFPA,UNDP,UNOPS with locals of Nakapiripirit. ( Credit: Geoffrey Mutegeki)

KARAMOJA - It is a rainy day in Moroto district with the spectacular ranges of Mountain Moroto covered in thick clouds with a rainbow spreading across it.

It is a beautiful view I must say.

But, rainfall in Moroto district comes as a blessing, it lasts for about four months.

This is a big blessing since for about eight months the area has been experiencing very dry conditions.

The dry conditions had forced families to separate as pastoralists moved to far distances in search for water and pasture for their animals. 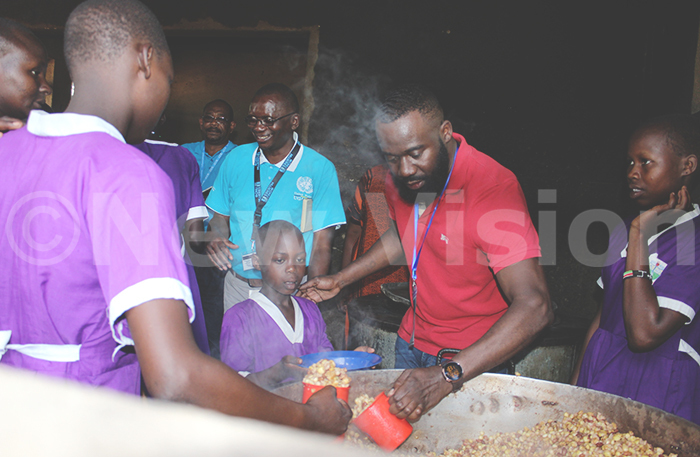 However, with the return of the rains, families have reunited with those who had been on the over eight months of movement in search for water and pastor for the animals.

The vegetation is green; animals are grazing freely giving a beautiful view of the region.

In some areas, farmers have started opening up gardens to plant crops. Oxen could be seen in the small gardens.

Farmers hope the rain could last longer and enable them produce some food. However, some farmers are adamant to open up gardens thinking the rains might just stop and they make losses.

Lokiro Amori, a farmer in Moroto district says he could not plant because the rains will soon stop and his crops dry due to drought.

"The weather here is tricky, the rains are no longer enough and the soils are not productive.

"I'm scared of planting my sorghum which will be burnt by the sun. I will concentrate on my animals," Amori says.

He says last season he was a victim of the long drought which destroyed his crops. 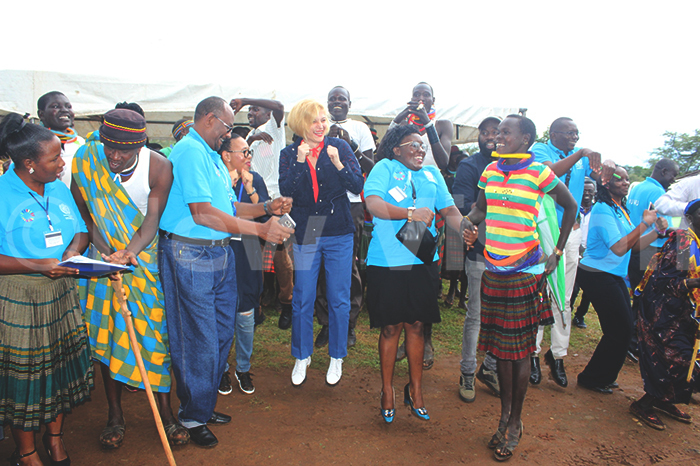 Even though Amori wants to concentrate on animal raring, the harsh dry conditions have often led to death of animals due to lack of water and pasture.

"Even animals are dying but the loss is not as huge as those dealing in crops. Even helping people with animals is easy," Amori says.

Due to climate change, Karamoja region has been vulnerable to limited food production and lack of enough water and pasture for animals.

Andrew Keem Napaja, the LC5 chairman Moroto district says the region has gone past the hurdles of gun violence, and cattle rustling but which were hindrances to development but are now facing a bigger challenge of climate change.

"We have made bigger strides as people of this region to get people out of poverty but now climate change is holding us back," Napaja says.

While addressing a team of Executive Board members of six United Nations agenciesearly this month, Keem said that more people are getting trapped in poverty while others are falling back because of harsh climatic conditions.

"Poverty is still biting hard here in Karamoja, and because of climate change the situation is bad.

"This region used to receive eight months of rainfall, but now it is only four months." Napaja says. 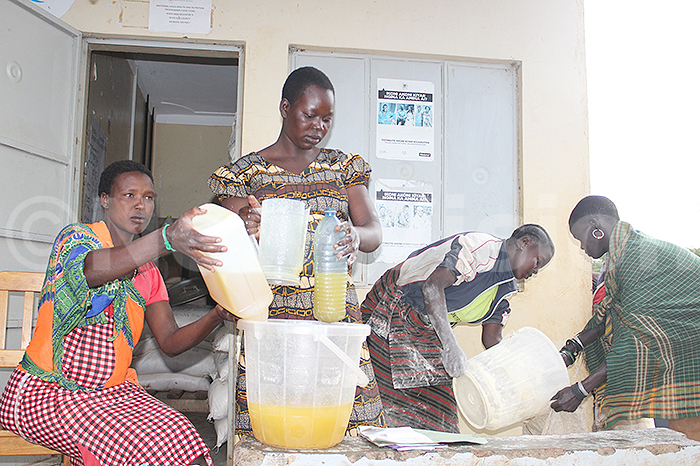 He noted that they are encouraging locals to engage in livestock farming but calls upon the United Nations agencies to invest more in climate change adaptation.

"The UN has done a lot in this region. We have good health facilities; more children are going to school and feeding because of the UN agencies. But you need to help us address climate change," Napaja says.

Jagdish Koojul, the President, Executive Board of UNFPA/UNDP/UNOPS who led the team of 13 UN executive board members to Karamoja region revealed that climate change is top on the agenda of the UN.

"The issue of poverty which is further escalated by climate is a big issue. To tackle it we need partnership from government, the private sector and all stakeholders. We are going to take this message with us to New York," Koojul says.

He commended the government of Uganda for its efforts towards Karamoja region which was once marginalised and neglected area. 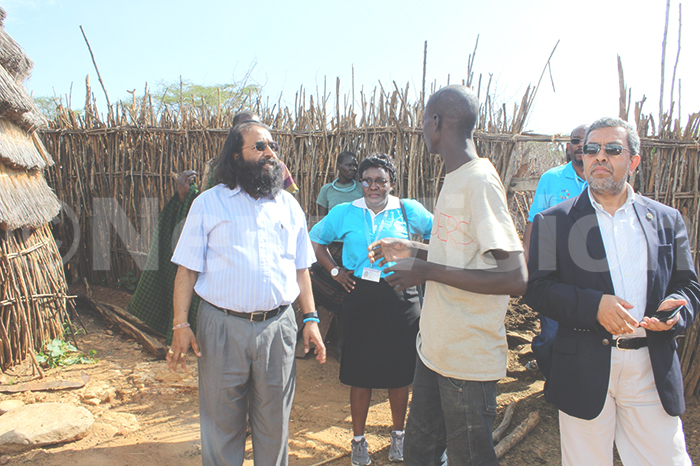 A 2015 World Bank report says as many as 100 million people could slide into extreme poverty due to climate change by the year 2030.

Majority of these will be found in Sub Saharan Africa.

The Uganda National Household survey report 2016/17 classifies Karamoja as the region worst hit by income poverty with 61% people categorised as poor followed by Bukedi with 48% and Busoga with 42%.

The Executive Board members of six United Nations agencies visited Uganda to assess the organisation's work in supporting the country's development efforts.

The team comprised of 35 members of the Executive Boards of UNDP, UNFPA, UNOPS, UNICEF, WFP and UN-Women.

Part of the team visited West Nile region where they interacted with the refugees.