As it happened: Brazil knock Mexico out of World Cup

FULL TIME - Brazil through, Mexico out

It is all over. They were expected to do it, and Brazil have done it.

Mexico, on the other hand, are shown the exit door. 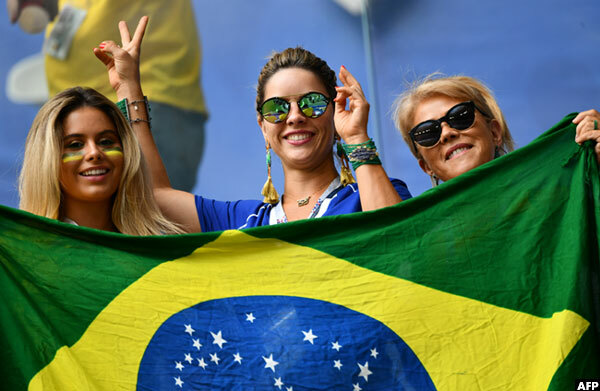 We shall have as many as SIX minutes of added time.

That's enough to score two goals, but you just don't see a deflated Mexico side pulling this one off, as captain Andres Guardado is shown the yellow for his visible and audible fit fury.

That was Firmino's first World Cup goal for his nation.

The last time he had scored was against Bolivia in the qualifies.

And a final change for the men in yellow and blue.

Roberto Firmino comes on for Coutinho, and the Liverpool FC man trots quickly to defend a corner.

Brazil's captain Thiago Silva, is down.

Replays show he might have got a knock in the chest while trying to defend a ball in the penalty area against Jesus Gallardo. It looks painful.

Brazil have seven minutes to advance to the quarter-finals.

Mexico have as many minutes to stop them.

Paulinho makes way for Manchester City man Fernandinho as we have 10 minutes left on the clock.

Carlos Salcedo is booked for an offence.

Are the Mexico players getting more and more agitated as the minutes wear off?

Mexico are ever looking in danger of conceding another goal every time Brazil break.

Once, an altercation sees Neymar roll on the ground in pain after he is apparently stepped on by an opponent on the flank.

The referee consults VAR but eventually, nothing comes out of it and play has to resume. 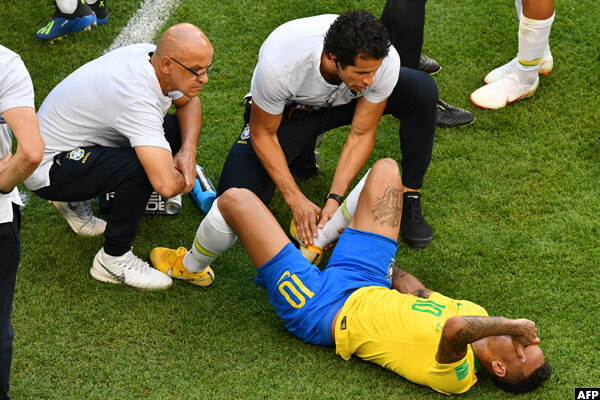 You could say this is a more lively section of the game than the first.

We are seeing more breakthroughs, but the blemish is play has to be brought to a pause every now and then thanks to foul commission. 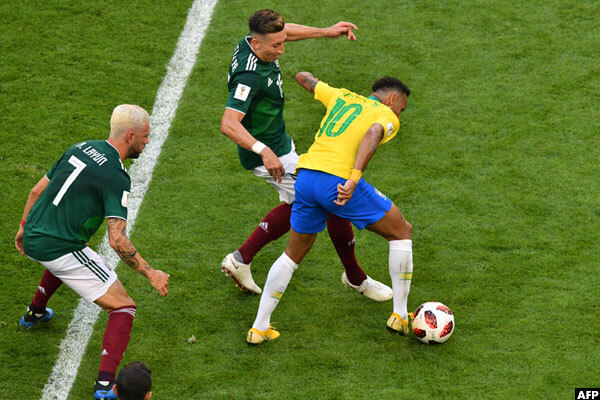 Meanwhile, Mexico have lost 26 World Cup games. That is quite many, considering they find themselves on the losing side once again.

But they have 23 minutes to overturn the tables here.

Brazil do not have their work horse Marcelo, but they have the upper hand here.

The South Americans have not been beaten in 14 successive games since losing to Argentina last year. 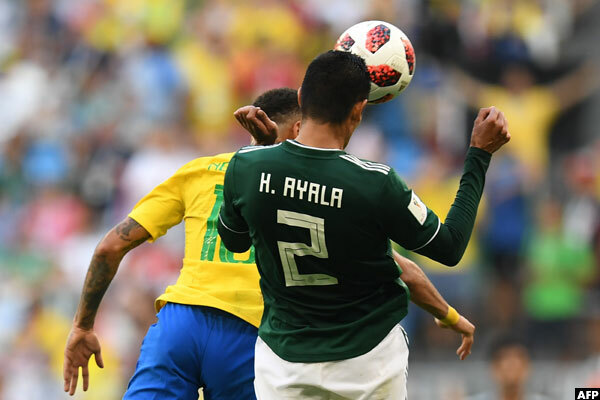 That could have been two for Brazil!

Willian yet again makes a spirited run to breach the Mexican back before letting rip. His goal-bound shot, however, is tipped over by Guillermo Ochoa.

The Mexicans are still in this contest because of their keeper.

It is two-way traffic as both sides share the ball possession (50%). Meanwhile, Casemiro, who plays for Spanish side Real Madrid, gets his second yellow card of this tournament.

Mexico make their second change of the day.

Jonathan dos Santos is on and off comes Edson Alvarez.

Brazil started the opening half on a sluggish note, but you can tell there is a real sense of urgency from them at the moment.

Neymar and co are looking ever menancing when advancing towards the Mexican final third. 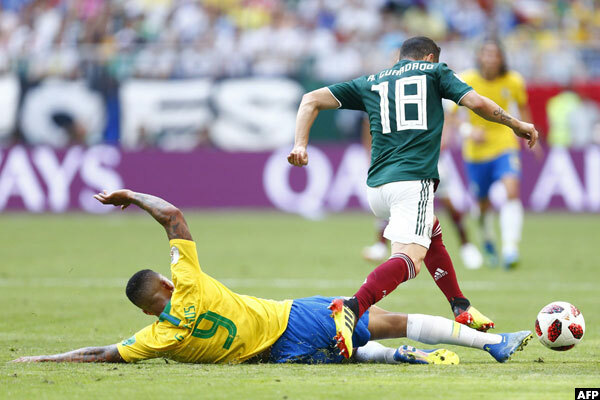 That there was Brazil's 227th World Cup goal. Even Germany can't match that.

Brazil have made an enterprising start to this second half.

Neymar is quickly involved here. His corner finds Countinho, whose rasping shot is saved convincingly by Guillermo Ochoa, who has put up a brilliant performance so far. 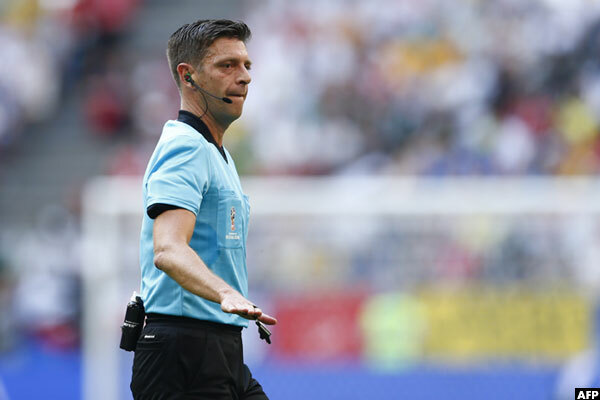 At the end of this opening half, Brazil have had 49% of the ball versus Mexico's 51%.

Brazil had three shots on goal while Mexico had none. And Seleção registered six shots off target against Mexico's one.

HALF TIME - All even

Everything to play for but nothing to show for yet.

That's all for the opening half, with both sides all square.

What will Juan Carlos Osorio have to tell his boys in his half time pep talk? 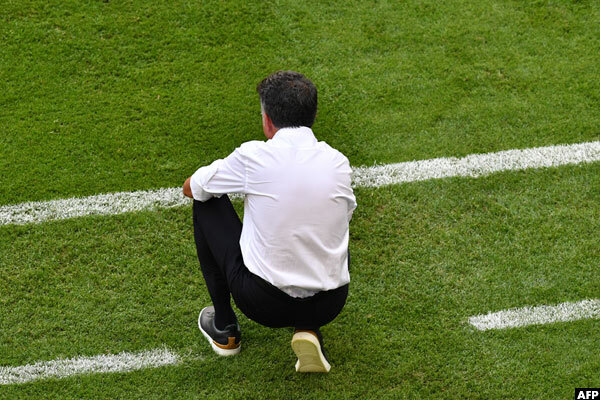 On Sunday, we saw the two knockout games decided by a penalty shootout. Hosts Russia stretched 2010 champions Spain all the way to extra time and then penalties, before knocking them out of the competition.

Later, Denmark took Croatia to the spot kicks after Luca Modric's penalty in extra time was saved. But it was the latter that took the day.

Here in Samara, neither net has been rattled yet. Could this be a repeat of what happened yesterday?

One minute to the break.

With the two sides level, Fillipe Luis is the second player to be shown a yellow card in this game for clattering Carlos Vela.

Can we have some goal under the sweltering temperatures of the Samara Arena? 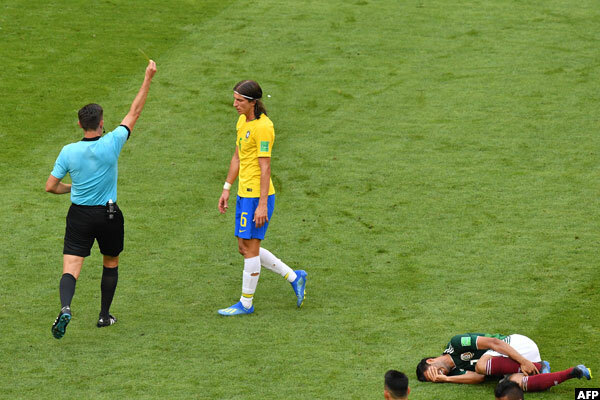 If Mexico are beaten, it will be the seventh consecutive time that they have exited in the last 16 of the World Cup.

At the moment, they are doing a great job of holding out the Brazilians as half time approaches.

Edson Alvarez is the first man to go in referee Gianluca Rocchi's book from a clear foul on - guess who? Neymar.

The resulting freekick is, however, lifted over the bar.

Jitters at the Mexican back?

Brazil have shed the skin they started this game  in, and are now a completely renewed side.

Another move sees Countinho and Gabriel Jesus involved, but the Mexican goalkeeper produces a fine save to clear.

That was great defending by Edson Alvarez to stop Neymar in his tracks, as the industrious Brazilian forward makes a dash towards the Mexican goal.

Brazil have better ball possession at the moment.

These two sides are facing each other for the 41st time. The winners in this match will face either Belgium or Japan - who play later today - in the quarter-finals. 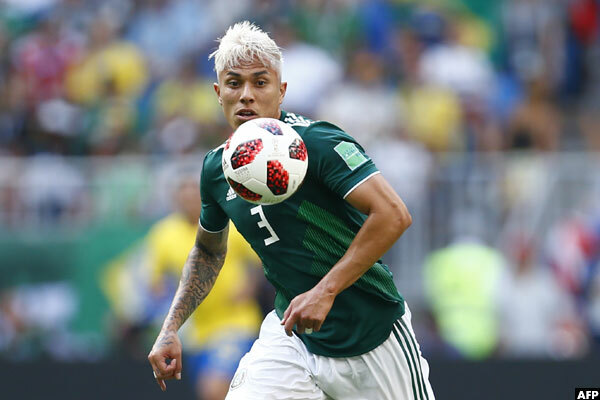 It was a slugglish start for Seleção - the men in yellow and blue - but once Neymar Jr gets involved deep in the opposition half, the fans smell first blood.

But good defending makes it impossible for the Brazilian attackers to breach Guillermo Ochoa's goal. Another chance begs for taking after Brazil lose the ball inside the Mexican box.

Once the ball finds its way back to the Brazilian side, Andres Guardado tries his chance on goal, but he comes under pressure from Miranda.

Every time Mexico push towards the Brazilian goal, they look very, very dangerous. Another blistering attack is however put out by the now-disciplined Brazilian back.

Great ball control by Hirving Lozano, who does well to escape his minder, before slotting the ball into Hernandez's path. The Mexican, however, cannot get there on time.

Up to this point of the game, Brazil have not have a touch in the Mexican box.

So far, Mexico have had three corners - but with no fruits. Javier Hernandez is quite a thorn in the Brazilian wall so far.

Mexico are back to some galloping towards the Brazilian goal, and in the process, earn a corner.

The resulting cornerkick is dropped right into the heart of the penalty area, with Javier Hernandez trying to stick out his leg to beat Becker. But the golden-haired Mexican attacker is offside. 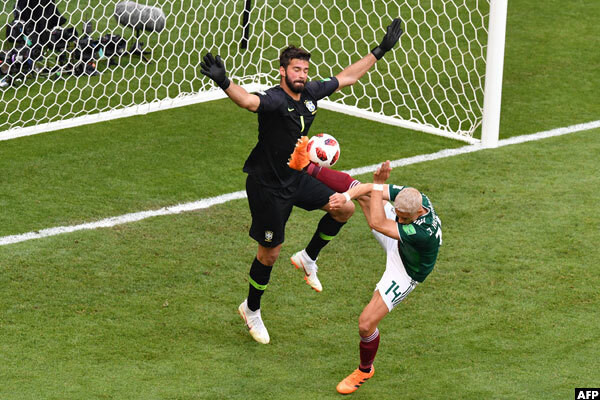 By the way, Brazil have never lost a World Cup game against a central or north American opponent.

Can Mexico give them a stern test here in Samara?

It is not just Alisson Becker that has been forced into early work between the posts. His opposite, Guillermo Ochoa, is also tested from some good range.

It is a great start by Mexico, who get an early corner after Brazilian goalkeeper Alisson Becker is drawn into an early save by Hirving Lozano from close range.

But Seleção, wearing their traditional yellow and blue, extinguish the danger. Italian referee Gianluca Rocchi's whistle is met with a huge, rousing applause from the stands as this encounter gets underway. 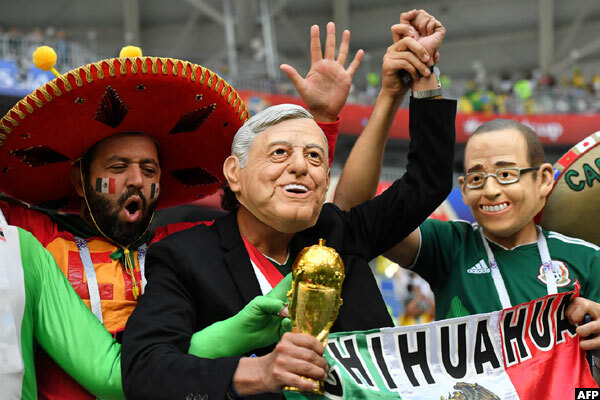 The two opposing coaches Tite (Brazil) and Juan Carlos Osorio share a warm embrace as the two teams walk onto the pitch for the preliminaries.

Today's clash in a tournament of GIANT suprises is taking place in Samara Arena. We have seen some of the sport's favorite pack their bags and hop on their respective flights back home.

Could we bear witness to yet another 'World Cupset'?

This is one of the most common duels in footballing history. But who will do what Spiderman does best - crawl all the way to the top of the World Cup building?

Brazil are pre-tournament favorites, but can they prove the bookmakers right? 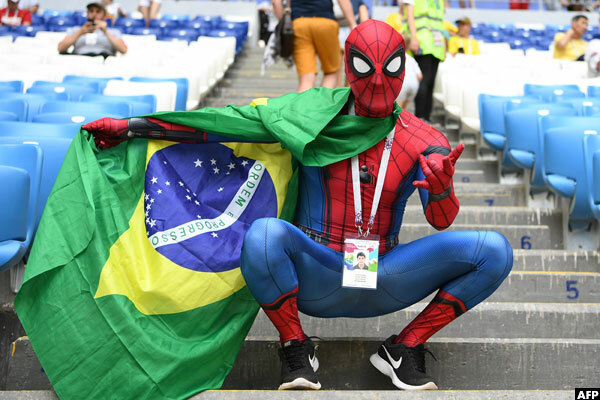 Hello and welcome to this live text commentary of today's feature game as Brazil take on Mexico in the 2018 FIFA World Cup knockout stage.

A place in the quarter-finals is up for grabs this evening.

So who will join the likes of France, Uruguay, Russia and Croatia?

We should know by the end of 90 minutes of normal time - or 120 minutes, like we have seen in some thrilling games so far. I only volunteered for the masks advert - Bad Black