Ahead of the 11th edition of Johnnie Walker Jazz Safari show on Saturday, Cameroonian-born artiste Richard Bona has urged Ugandan artistes to stick to their roots and identities if they ever want to hit top musical heights.

This was during a press briefing held at Speke Resort Munyonyo, the venue of the show, on Friday morning.

The Grammy-Award winning fusion bassist, who jetted in on Wednesday night, is renowned for innovating and fusing diverse music cultures from across the world. He has toured and recorded music in India, the Caribbean and Brazil, while fusing West African music, pop, jazz, Cuban, Brazilian and Caribbean grooves.

Advising Ugandan artistes, Bona cited his case when started working for a record label in America, saying he stuck to his roots in the face of resistance from record labels that had signed him. 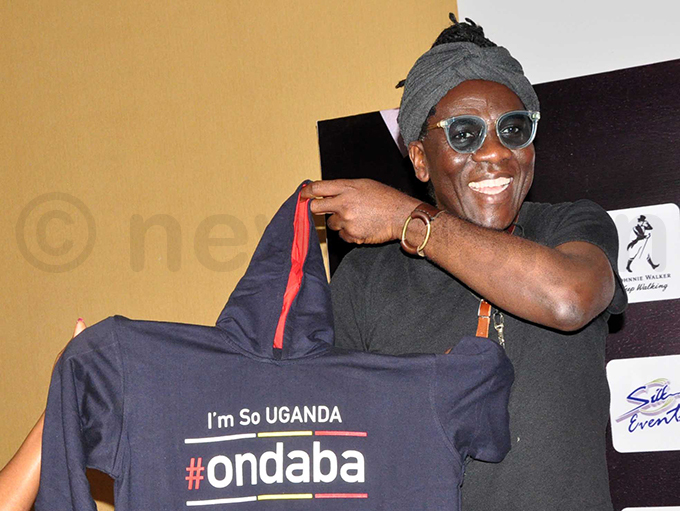 "Stick to your roots. Don't undermine the background of your roots. It is important because your roots will always be there.

"When I was signed up by Columbia, I recorded stuff singing in my language they couldn't understand. They called me aside and told me ‘nobody is going to buy this record'. I said to them, ‘if I don't sing my language who is going to sing it?' They weren't convinced but after six months, they changed their minds." he said.

Bona added that he was a little disappointed when he tuned in to listen to some Ugandan music because he did not find a Ugandan identity in it: "When music is good, it is good.  Last night I was watching the TV, and then I get to listen to the music. I didn't hear anything that sounded Ugandan. I am very sincere; I was a disappointed," he said.