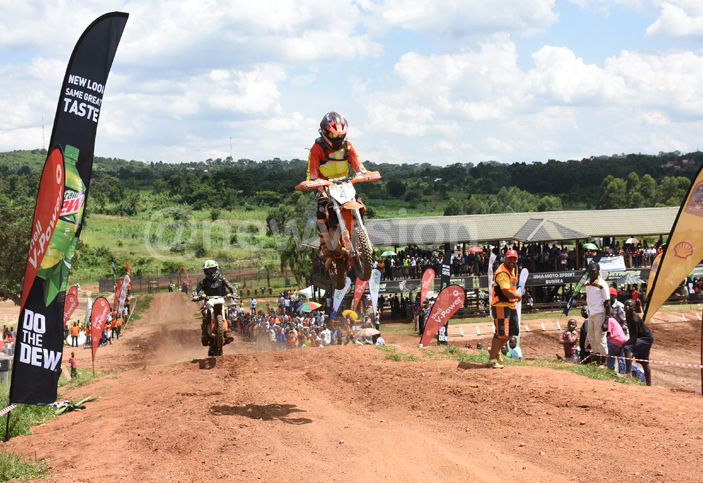 Isabella Blick in action in Busiika. PHOTOS: Johnson Were

Female riders Isabella Blick, Sharifa Katete, Abegail Mwangala. Leticia Drate and Esther Mwangala have vowed to give male riders a run for their money in the Mountain Dew national motocross championship on Sunday.

The fourth round of the national calendar will be held at the Victoria Racing Track Garuga in Entebbe, and riders will be out to collect maximum points in their quest for victory in their respective classes.

The 13-year-old Isabella Blick finished fourth in the previous event behind winner Orland, Mawanda and Obote, but the 2017 USPA rider of year is out to better the previous results.

Sharifah Katete in action during the previous event in Busiika

"We are ready for the challenge from the boys. In the previous event, we beat Alon in the first laps of the heat and we want to continue and even better that," Isabella's manager William Blick stated.

In the MX125cc, Sharifa Kateete will out to battle the Blick brothers Alistair and Paddy then Ali Omar popularly known as Bobo.

"We bought a new bike this year. We may not be able to beat the men but we expect agood show on Sunday," Abdul Katete the manager of Sharifa noted.

The motocross event will start at 8:00am and end 1:00pm before the rally Sprint takes charge at 2:00pm on the Garuga double Circuit.