Dutch embassy partners with gov't on teena...
Next Story

The health ministry will first conduct a needs assessment to determine which refugees required the bed nets the most.

The health ministry will first conduct a needs assessment to determine which refugees required the bed nets the most.

By John Agaba and Sarah Orikiriza

KAMPALA - Government will distribute 849,495 long-lasting insecticide-treated mosquito nets to protect more than 1.4 million refugees in the country, the health ministry had said.

They will first conduct a needs assessment to determine which refugees require the bed nets the most.

As many as 167,347 nets will be distributed among 267,755 refugees at Ivempi/Rhino Settlement in Arua district, northern Uganda.

Opigo said this at the Media Centre, as Uganda commemorated the World Refugee Day.

Malaria is still the single largest killer disease in Uganda, but the burden is double when it comes to refugees. 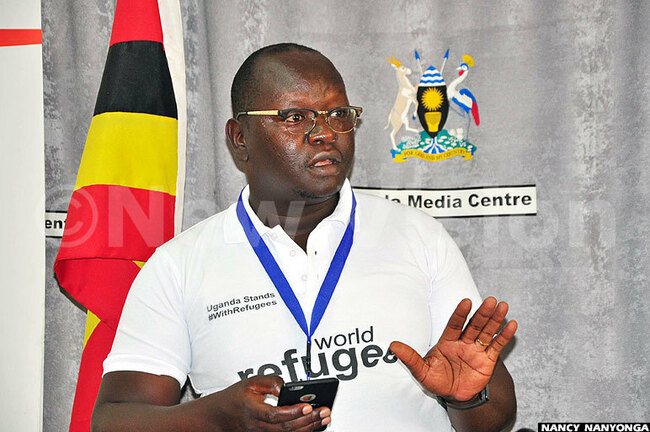 The plasmodia infection is a leading cause of ill health and death in refugee settlements and accounts for 37% of outpatient consultations and 36% of inpatient admissions.

The infection accounts for 23% of under-five mortality and overall deaths.

Opigo said new malaria cases among child refugees stands at 80 per 1,000 compared with 53 per 1,000 in general population.

He said proximity of refugee households to thick vegetation and stagnant water — which are favorable breeding grounds for mosquitoes — poses greater risks for the immigrants to contract malaria.

A study by the United Nations High Commissioner for Refugees (UNHCR) in December 2017 showed that just one-third of refugee households (36%) owned at least one long-lasting insecticide-treated mosquito net compared with six out of ten households in host populations.

It is against this background that the Ugandan government will distribute the bed nets, targeting all refugees in the country.

The health ministry says they have secured the nets, with support from the Global Fund and Office of the Prime Minister and the UN agency. The distribution exercise is estimated to cost $534,930 (about sh2b).

The programme manager appealed to populations to sleep under insecticide-treated mosquito nets the entire year, saying partial use isn't effective.

Remember to take good care of your mosquito net by keeping it clean and sewing any holes, said Opigo.

He urged everyone to seek treatment within 24 hours of onset of symptoms and to screen for the infection before treatment.

Large-scale mosquito net distributions are a key component of the national malaria prevention initiative and are "highly effective, user-friendly and low-cost intervention" to protect communities against malaria, said Opigo.

The nets have been shown to reduce all-cause child mortality by about 20%, decrease clinical cases of malaria by about 50%, and severe malaria by 45%, he added.

Notice from the Ministry of Water