Three things we learned on Tuesday at the ...
Next Story

After Mexico scored a goal to defeat defending champions Germany in their opening World Cup match on Sunday, a tweet suggesting that celebrating fans had triggered an "artificial earthquake" in Mexico City went viral.

But according to experts, no such earthquake occurred.

WHAT ARE WE ARE VERIFYING?

"The earthquake detected in Mexico city was artificial in origin. Possibly caused by mass jumping during Mexico's World Cup goal. At least two sensors in Mexico City detected it at 11:32," said the tweet, by an institution calling itself SIMMSA -- the Department of Seismology and Volcanology of the Institute for Geological and Atmospheric Research.

The story of the "earthquake" caused by jubilant Mexican fans was picked up by media outlets around the world. 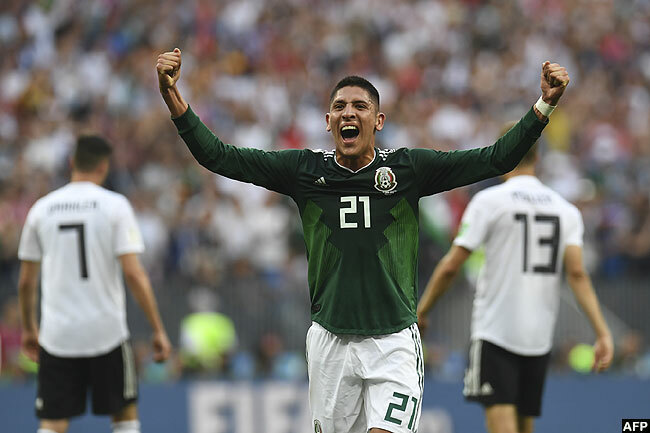 WHAT DO WE KNOW?

The public institution that monitors seismic activity in Mexico, the National Seismological Service (SSN), did not announce any earthquake in Mexico City on Sunday.

Xyoli Ramirez Campos of the Geophysics Institute at the National Autonomous University of Mexico, a member of the SSN, said that although movements by large groups of people can create vibrations that are picked up by seismographs, they would not resemble the spike caused by an earthquake.

"For example, when (university football team) the Pumas play, and more than 60,000 people are jumping at the same time, it creates a detectable signal," she told AFP.

"But that is reflected as vibrations on the graph, not an earthquake."

"Every time Barca scores a goal, the Institute of Earth Sciences in Barcelona detects the same thing. But it's not right to say that it's generated an earthquake," he said.

"It's not true that Mexico's goal caused an earthquake. On a seismograph, it would appear as a signal with a different frequency from an earthquake."

Ramirez Campos said she was unaware of SIMMSA's existence until its tweet went viral.

"It's not a site that's known within the seismological community," she said.

WHAT CONCLUSION CAN BE DRAWN?

The mass movements of large crowds of people can be detected by seismographs, but they do not trigger earthquakes. There is no evidence an earthquake took place in Mexico City on Sunday.