Former Arsenal and Ivory Coast International Emmanuel Eboue jetted in the country on Tuesday, and will for the next one-month be involved in several football and charitable causes across the country.

The former right back joins former Senegalese, Reading and Portsmouth defender Ibrahima Sonko who arrived in the country earlier, courtesy of a partnership between Bunga Bet and URA FC.

The two will for the next one-month give motivational and inspiration talks to younger footballers at different academies and also visit churches, hospitals and schools doing charity work. 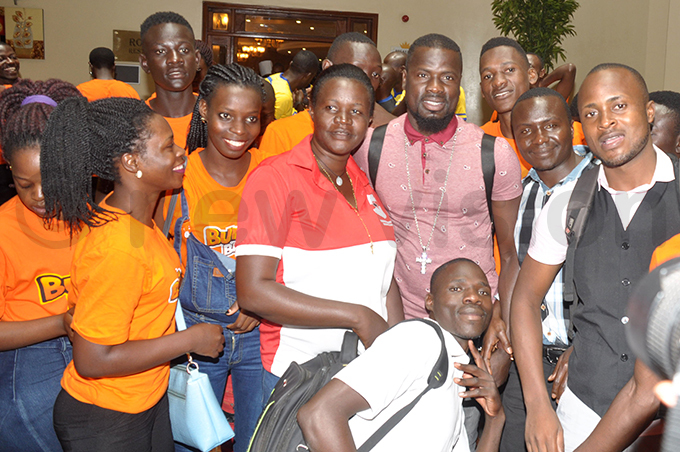 While in the country, the two will also take time off to analyse World Cup games every Monday on UBC and also give away prizes to punters who bet with Bunga Bet.

A jovial Eboue on arrival said there was much needed to help African footballers and they were here to help some of them to do that. He also urged them to always be positive in whatever they do, and always aim higher.

"It is very nice to play at the highest level and at tournaments like the World Cup. African players should always believe in themselves and also believe in God, they will get there though it is not easy to break into Europe," Eboue said.

"Playing football is not easy so they have to work hard and make big sacrifice. We have the talent in Africa but we need to help each other in order to succeed. We are looking forward to meeting as many children as possible so that we can share some information regarding football and share our experiences with them," Sonko said.

Eboue said he was just enjoying the World Cup like any other person and could not make predictions at the moment.

Kenya's Kirui out of Moscow