Seals' Francesco Kagugube in action. His club has voiced concerns over the proposed sanctions. Photo by Michael Nsubuga

Swimmers who do not make the set time during the fourth edition of the DStv-USF National Age Group Swimming Championships will not only miss medals but also be fined for their poor show.

The Uganda Swimming Federation has set qualifying times for each event of the June 23-24 championship "to enable (USF) run the event effectively and efficiently'.

This means teams intending to participate in the two-day championship must sieve their swimmers before or carry an extra cash budget for the fines that await them.

Failure to meet any qualifying time in any of the events will attract sh50,000 fines per infraction, payable immediately after the event. The offending swimmer will also not score any points for his/her side in respect of each event where the qualifying time is not met.

Withdraws from an event after the team managers' meeting other than for medical reasons certified by the USF designated medical personnel, will also attract a withdrawal penalty of sh100,000 or sh400,000 in case of a withdraw from a relay.

Clubs who want to lodge a complaint are also supposed to pay a non-refundable fee of sh375,000. 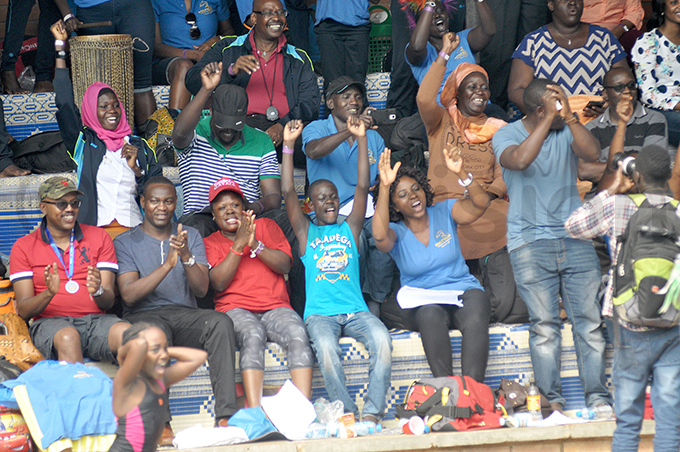 But the sanctions and penalties have not gone down well with some clubs like the Seals who have threatened not to participate in the annual event.

The two-time champions argue that circumstances that make a swimmer miss the gala (no show) are many and not all of them can be avoided.

"The rules seem to imply that the only reason one would miss the competition is if they fell sick. The cost of the no show fine and the penalty cost for not meeting the qualifying times is also quite high, if we look at a swimmer who may be relatively fine and having an off day, if they miss 3 times out of 12 races a parent will folk out sh150,000," Seals secretary, Rachael Kituuka, stated.

They also argue that this fine is unpredictable, making it difficult to plan, especially for a parent who has multiple swimmers and in the event that they each collect more than the non-qualifying time.

USF president Donald Rukare however argued that the fines, sanctions, appeal fees are not meant in any way to discourage swimmers from participating, but rather to enable USF run the event effectively and efficiently and that they are a usual practice and applied in several events within the region and internationally.

"We shall however going-forward review the fines amounts. Regarding the no-shows fines, once again a fine/penalty for a no-show is usual practice. Teams have up to the team managers meeting to scratch a swimmer(s) from an event," Rukare reasoned.

The championship will act as a selection event for the Ugandan team to take part in the CANA Swimming Championships in Algiers in September and the 3rd Summer Youth Olympic Games, in October in Argentina.

2020 will be a busy year for Ugandan swimmers