Ending child labour a must
Next Story

The Entebbe Expressway was commissioned yesterday by President Yoweri Museveni and Wang Yang, a member of the political bureau of the Communist Party of China. Jacky Achan explores how the plan for the project was hatched and implemented

Before 2004, the Kampala-Entebbe Expressway was just a pipe dream for Uganda. However in 2004, the Ministry of Works and Transport headed by Eng. John Nasasira began the process of preparing the national transport master plan and that of the greater Kampala metropolitan area.

This, according to Eng. David Luyimbazi, who was the director of planning at Uganda National Roads Authority (UNRA) from 2008-2015, was the beginning of the idea to construct the Kampala-Entebbe Expressway. 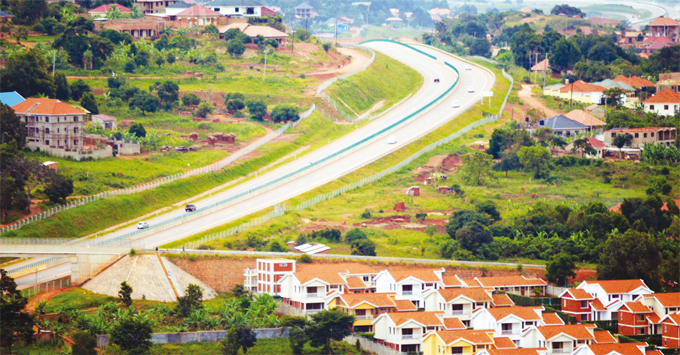 “When we prepared the master plan one of the key recommendations was to allow the development of greater Kampala and to achieve that, it was recommended that we widen radial/ arterial roads (roads identified as the main connecting roads to and from Kampala). These were roads that emanate from Kampala. For example Entebbe Road, Jinja Road, Luwero Road, Mpigi Road and Busunju Road,” he says.

Apart from expanding the radial roads, they had to construct orbital/ circumferential roads too. These were the bypass/ring roads (northern and southern bypasses), to allow easy circulation, distribution and dispersion of traffic. “We had to make sure that this plan becomes reality.

However, when we began to study the plan for the greater Kampala metropolitan area, we realised we could not widen the roads because of ribbon development (the setting up of houses and homes) along roads,” Luyimbazi explains.

The cost of compensation and destruction of livelihood would be too high, even that of implementing the project. “So, the alternative was to build another road but, that of world class standard. CLICK HERE FOR MORE ON THIS STORY

President Yoweri Museveni has commended China for supporting Uganda’s struggle for independence and development. In an exclusive interview with Vision Group recently, Museveni praised China as an important player in Uganda’s history and struggle for self-reliance. He traced ties between China and Africa to independence movements starting far back in the late 1940s when China offered funding and weapons to resistance groups.

“They supported us to regain our freedom. Because of that, their attitude has been different. When it comes to aid, they give us unconditional aid,” the President stated during a interview. “I think they were looking at us as people who were helping them to fight. For instance, when they built the Tazara Railway in the 1960s, China was not a rich country at the time, but they built the railway to help Zambia not to be surrounded by whites in South Africa,” he said.

“Now that China is a richer country and now world’s second largest economy, the Asian country is extending ‘good credit’ in form of soft loans to build infrastructure,” Museveni added.

“They have also opened up their markets a bit; that is why we are working with them. They do it without conditions, without interfering in our politics,” he explained. China is one of Uganda’s largest sources of foreign investment. By the end of 2016, Chinese firms had investments worth sh15 trillion. Bilateral trade volumes are close to $1b (about sh3.7 trillion).

In the private sector, Museveni noted that several Chinese firms were setting up investments in industrial parks and boosting domestic production of items, such as steel and fertilisers.  CLICK HERE FOR MORE ON THIS STORY

Uganda’s first expressway is almost complete and will be handed over to the government today. The Kampala-Entebbe expressway is a major milestone in a win-win partnership that the People’s Republic of China has built with the Government of Uganda. Li Jincheng, the project manager of China Communications Construction Company (CCCC) Limited says they are humbled to be the main implementer of this project.

“The project demonstrates CCCC’s dedicated and unwavering long term support to Uganda’s infrastructure development agenda,” he says. Jincheng says the project has demonstrated to them that Uganda has the human resource capacity to support the efforts of any investor, whether local or foreign.

During the five and half years it took CCCC to build the expressway, the company has annually employed over 1,500 Ugandans, with most of them taking up technical jobs. Jincheng says as a result of the high skills levels in the country, CCCC has been able to source some of the expertise they needed locally. CLICK HERE FOR MORE ON THIS STORY

Although Iganga Hospital was built in 1968 to admit 100 patients, with the recent reconstruction its capacity is now over 800.

Muwanguzi says the project was part of the Government’s plan to renovate dilapidated hospitals. “The sh12b World Bankfunded project to rebuild Iganga Hospital was contracted to China National Aerotechnology Engineering Corporation, a Chinese stateowned company. They did a commendable job,” he says.

Wilson Wang Sen, the contract project manager, explains that 98 workers comprising both Ugandans and Chinese were deployed with an aim of accomplishing building works within 12 months.

“The queues are less at the out-patient department. Additional departments including casualty and psychiatry give allowance for more human resource recruitment,” Muwanguzi says. He adds that the modern mortuary has five refrigeration chambers.

There is a department for Persons Living with HIV, maternity wing, children, male and female wards. Also on location is a laboratory for disease diagnosis, X-ray unit and blood store.

Muwanguzi says apart from building, the Chinese contractor also set up standby solar power supply for the maternity ward, theatre and parking areas. CLICK HERE FOR MORE ON THIS STORY

The company was granted a petroleum production licence in 2013 to produce oil in the King Fisher Area in Kyangwali subcounty, Hoima district. Hoima is also the district where Uganda’s first oil refinery will be located and where an oil pipeline will be constructed linking the region to the Port of Tanga in Tanzania.

When Alinda Lynnshilla, then an O’level student at St Andreas Kahwa College, first got a cash award from the company three years ago, she says it inspired her to work even harder at A’level.

Alinda scored 20 points in Physics, Chemistry and Mathematics. She wants to study civil engineering at Kyambogo University. She received a cash award of sh680,400 and a certificate of recognition.

The students were accompanied by their parents and guardians at a function held at Hoima district headquarters. The LC5 chairperson of Hoima district, Kadiri Kirungi, who was the chief guest, said the awards motivate students to excel in academics. CLICK HERE FOR MORE ON THIS STORY

A Chinese firm has donated an assortment of scholastic materials to 500 vulnerable pupils in Rubongi sub-county in Tororo district.

While handing over the items to the beneficiaries at Lyokango Community Primary School, the company’s director, Ma Jinji Wei, said the main purpose of giving out scholarstic items was to address the alarming rate of absenteeism and also ensure the children actively participate in learning.

Wei said the gesture was in appreciation of the cordial working relationship that they have had with the community that offered their land for the cement plant. “We know that not all parents can afford school requirements, yet they love to have their children in school. That is why we decided to set aside some resources for scholastic materials that we have given to the less advantaged children,’’ he said.

The beneficiaries were drawn from the surrounding schools near the cement plant. Local leaders appreciated the company for responding to the dire need of the children. James Osamai, one of the teachers, said the donation would reduce the high rate of absenteeism of the pupils caused by lack of books and pens. CLICK HERE FOR MORE ON THIS STORY