The pair of Joseph Bagabo/Paul Kaheru will take on that of Peace Kabasweka/Sheilla Kesiime in the finals of the Singleton Golf Challenge after both teams won their semi-final matches at Entebbe Club on Saturday.

Playing the game of their lives, lady golfers Eva Magala and Irene Nakalembe spiced up the day's action as they stretched the men's pair of Joseph Bagabo/Paul Kaheru before they were beaten, 1UP.

It was a tight fight that drew a big gallery as the match headed for the play-off. All eyes were on the ladies after the other ladies pair of Peace Kabasweka/Sheila Kesiime had earlier eliminated their opponents.

Would it be an all-ladies final? Everyone at the club was now anxious to follow proceedings as the two pairs exhibited some of the best golf. 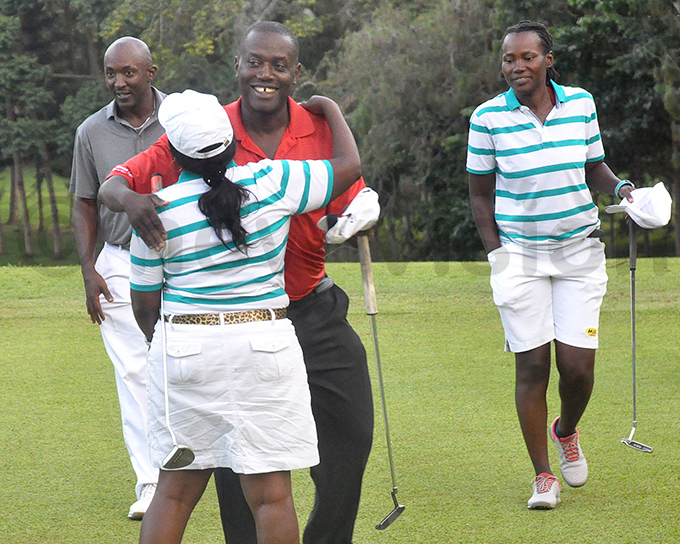 Nakalembe and Magala's only bogey between the two on the par-3 hole No.2 was their undoing as the ladies bowed out fighting, falling 1UP.

The ladies were three-up by the 11th hole but Bagabo/Kaheru fought back to take the next three holes to square-off on the 14th. A see-saw then followed with the ladies pair taking the 15 and 17 while the men won the 16th and 18th holes to send the match in a play-off.

"It was not easy as we expected but we enjoyed it; It was quiet exciting, our game plan worked we wanted to come from behind and did exactly that. We played one-hole at a time and all we needed was to be all-square at the 18th which we achieved. We have exceeded our own expectations, we are excited and happy to be in the final, which will tell its own story," Bagabo said.

The second semi-final was also tight from holes 1-7 with Mawejje/Mubiru taking an early two-hole lead. But the big handicapped ladies kept on the fight benefitting from that on some holes and are now also determined to win it. "We are determined to win this series and we shall also continue praying," Kabasweka said. 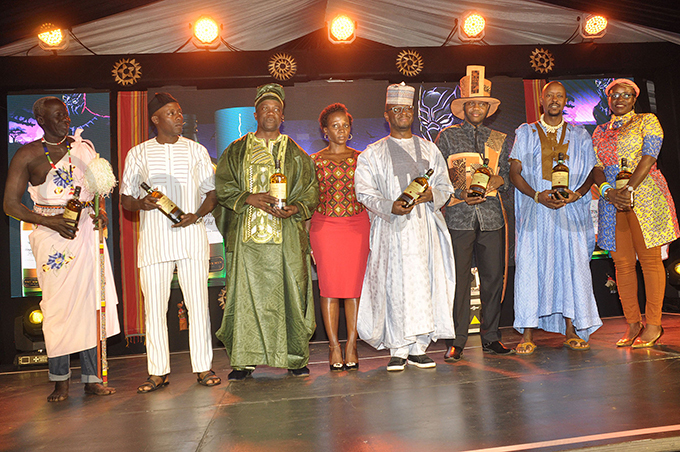 Golfers who followed the night's theme to the letter, pose with their prizes after the Singleton Golf Challenge semi-finals at Entebbe Club. Photo by Michael Nsubuga

The semi-final losers received consolation prizes of a round of golf at the Lake Victoria Serena Resort and two months free DStv subscription.

In the professionals' category Silver Opio and Herman Mutaawe will face-off in the finals after eliminating Saidi Mawa and Ronnie Bukenya 2up and on the first hole of sudden death play-off respectively, in the sh15m battle.

For former Entebbe Club chairman Kiryowa Kiwanuka, the presence of Sheeba was an added advantage as she sang for him as she worked the revellers at the 19th hole.

Blame Parliament, not the President