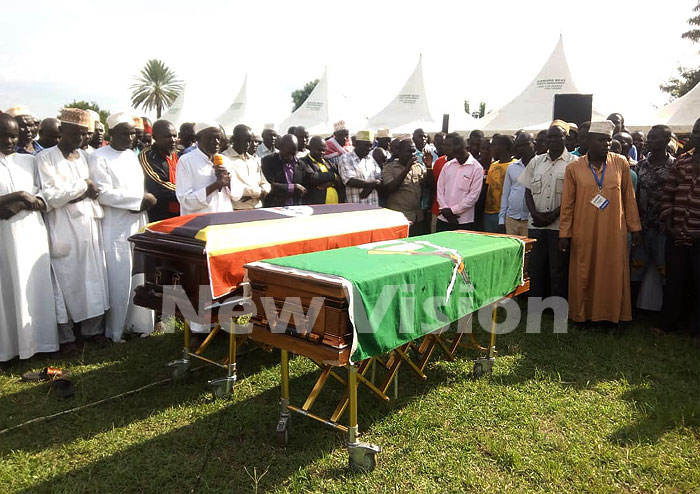 here
TOP National STORY
3 years ago .
Museveni at Abiriga burial: No more hooded motorcyclists
Every motorcylist will also be required to wear a reflector helmet bearing a number for easy identification.

PIC: Slain Arua Municipality MP Ibrahim Abiriga was prayed for alongside his brother at a burial ceremony in Arua on Monday. (Credit: Robert Ariaka)

ARUA - President Yoweri Museveni has said his government is banning the wearing of hooded jackets while riding motorcycles, as one of several measures to reduce crime in the country.

In his address at the burial ceremony of slain Arua Municipality MP Ibrahim Abiriga and his brother Saidi Congo, Museveni said every motorcylist will be required to wear a reflector helmet bearing a number for easy identification.

Abiriga, 68, was gunned down alongside his brother by assassins wearing hooded jackets before reaching his home in Kawanda, Wakiso district.

It is such ruthless murders that President Museveni does not want a repeat of, and since most of them have been executed in similar fashion, he believes that surveillance is key.

"It is time for us to wake up and say 'Stop this!' -- and we have the capacity," Museveni told mourners gathered at the ancestral home of Abiriga in Lukudu village, Rhino Camp sub-county on Monday.

"Abiriga's killers used a simple technique: they wore jackets with a hood," he said, adding that the issue had been raised in a recent security meeting he attended.

"We are, therefore, going to ban covering of heads with hoods while riding. And the helmets must have a number that can be seen clearly at night." 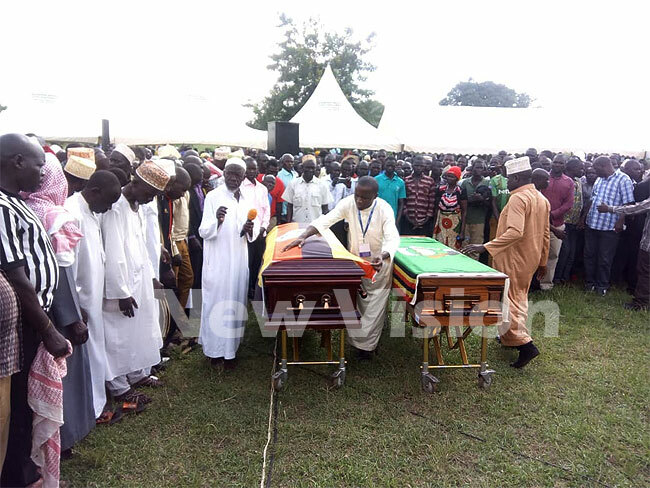 Abiriga, a retired soldier with the rank of colonel, joined Parliament in 2016 after serving as the resident district commissioner for Yumbe and earlier Arua.

"Killers who kill because of politics are pigs. They cannot value because they have no value.

"The ones who killed him are some of the old evil ghosts in Uganda - tribalism, sectarianism of religion and hatred of democracy. Why do you kill an elected leader of Uganda?

"Nobody will start a war with NRM and win -- you will lose!" Museveni struck an emphatic tone. Abiriga was 'so loyal'

Earlier, several high-profile people took to the podium to eulogise a man widely revered in West Nile region, within the NRM party, as well as the country at large.

The NRM secretary general, Justine Kasule Lumumba, said Abiriga was not only very loyal to his party, but was also a good mobiliser.

"He was loved by the members of the party [NRM] as well as other people outside the party. He loved humanity and served humanity," she told mourners.

In her delivery, Lumumba was critical of the "hate campaign" being disseminated on especially social media, and called for a measure against such messages.

Meanwhile, she suggested that one of the blocks at Rhino Camp Primary School where Abiriga studied should be brought down, rebuilt and renamed after the fallen legislator.

Abiriga and his brother, a UPDF officer, were laid to rest side by side with military honours. 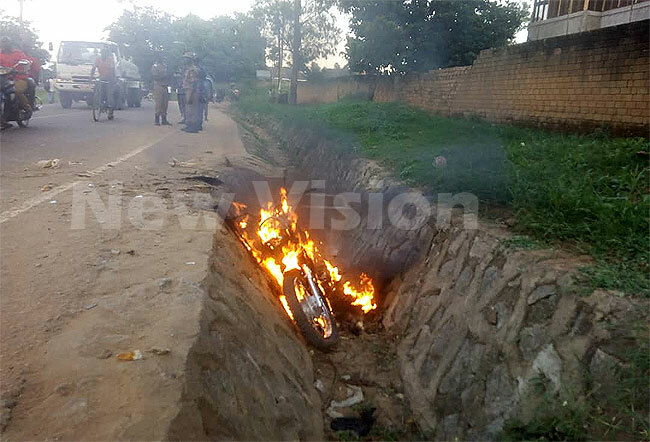 On the eve of the burial, chaotic scenes played out on the streets of Arua town as rowdy people clashed with security personnel after the bodies of the two brothers were flown in.

In the pandemonium, burning motorcycles littered the road, vehicles were hit, several people were injured and property, including at Abiriga's home, was destroyed.

Such scenes left a bitter afterstate on a nation in mourning, with Lumumba later saying that the destroying of property at Abiriga's residence "hurt me the most".

Earlier, on the same day, a special prayer was held at Old Kampala Mosque in Kampala, before a special sitting was held at Parliament for MPs to pay their tributes to one of their own.

As investigations continue, President Museveni has vowed that Abiriga's killers will be found.