Refugee or not, children in refugee hosting communities have been found to be experiencing high levels of deprivations of essential items.

A study conducted by the Economic Policy Research Centre and Cardiff University with funding from UNICEF indicates figures of up to 90% of children not being able to access particular items perceived to be essential.

Titled "Child Poverty and Deprivation in Refugee-Hosting Areas; evidence from Uganda", the study is the study is an assessment of the situation and vulnerabilities of refugees in Uganda both in the rural and urban settings. 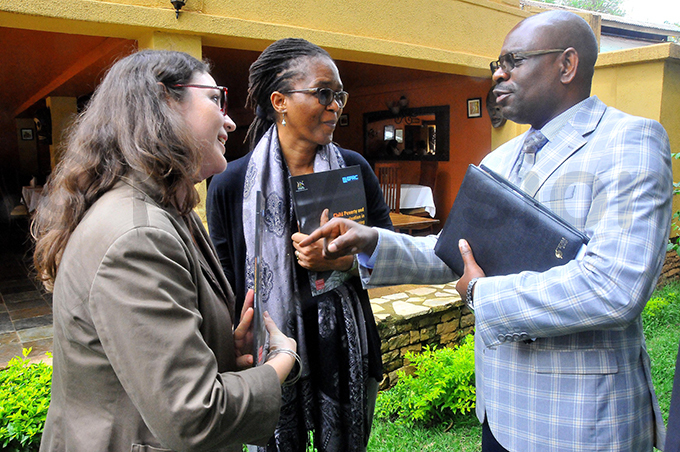 Data and research according to Katungi is critical in mapping interventions in refugee hosting communities. This study therefore he argues provides a benchmark on which policies and other planning processes can be hinged by the different stakeholders.

As argued by the participants during the launch of the report in Kampala today, there is need for an integrated approach in refugee response to avert disparities especially in social service delivery.

It was noted that there were cases where refugees' levels of deprivation were found to decline while the host communities remained vulnerable. The trend according to experts may become a recipe for conflict.

Speaking on behalf of the Country representative, UNICEF's Noreen Prendiville, highlighted that there is need to go beyond emergency response to build the systems and capacities of all social services in refugee hosting districts.

"The study represents an important milestone in our understanding of child poverty and deprivation in refugee hosting areas across Uganda. The study now compels us to comprehensively strengthen social services to reduce the child poverty and deprivations that tens of thousands of children in Uganda's refugee hosting districts are experiencing," she said.

Uganda ranks among the top five refugee hosting countries globally and in 2016 became the country with the most refugees in sub Saharan African, between December 2016 and May 2017, largely as a result of the crisis in South Sudan and Democratic Republic of Congo(DRC).

Currently, the refugee population is estimated at more than 1.38m. Between January and February 2018, more than 40,000 refugees had already entered Uganda from the DRC against a projection of 60,000 in Uganda's integrated refugee response plan for 2018.

X-Bar for Otim, Lawoko and Dooley