Nadal wins 11th French Open despite late i...
Next Story

Some of the mourners were forced to take shelter at Arua Police Station, while some have left the home. Business came to a standstill in the area for some timne.

Some of the mourners were forced to take shelter at Arua Police Station, while some have left the home. Business came to a standstill in the area for some timne.

PIC: A Police motorcycle that was reportedly set on fire by the rowdy youth. Photo by Robert Ariaka

There were scenes of chaos and violence on Sunday evening as the body of slain former Arua municiplality MP Ibrahim Abiriga. 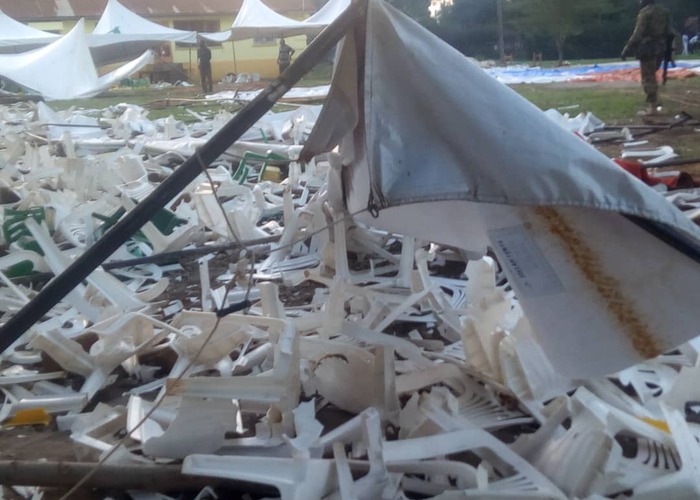 The destroyed chairs and tents

The body, which was airlifted from Kololo Kampala after Parliament paid tribute to the fallen legislator, arrived in Arua in the evening. There were crowds of mourners who thronged the airfiled in Arua to receive the body.

However, as the ambulance transporting the body to the home snaked through the crowds, a group of youth demanded to carry the coffin, saying he was their king and they wanted to give him an honourable sendoff. 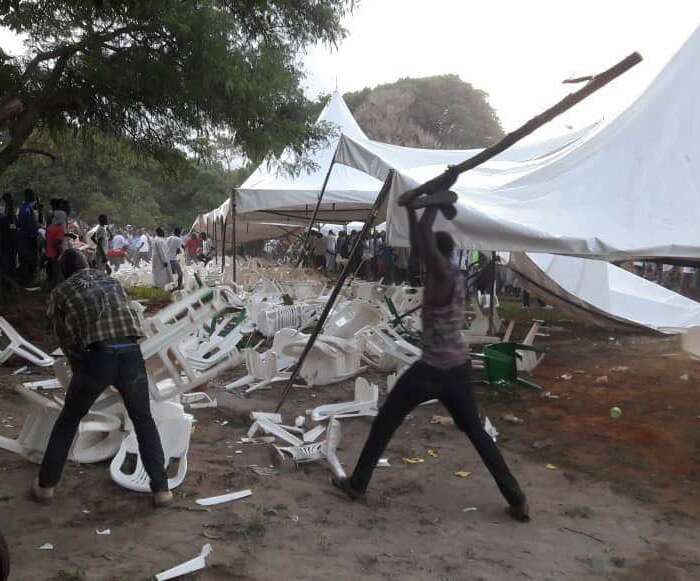 The youth destroying the chairs and tents

According to Arua RDC Peter Dibele, they gave the chance to the youth to carry thier MP.

However, on arrival at home, the youth turned rowdy and started destroying chairs, tents and everything in the home.

Dibele says the Police was forced to use force to disperse them. The Police, the army and other security personnel took over and a cacophony of gunshots and noise covered the atmosphere at the home.

One person was reportedly shot and his condition is not known. 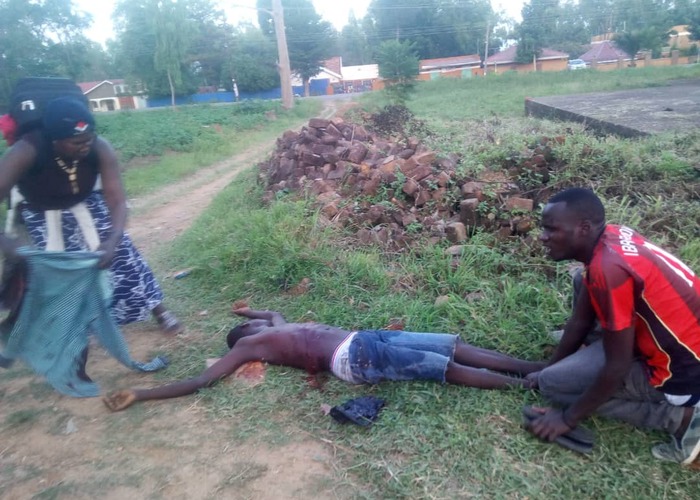 Some of the mourners were forced to take shelter at Arua Police Station, while some have left the home. Business came to a standstill in the whole area.

According to Dibele, by 8:0pm Sunday evening, only a handful of mourners, including family members, were at the home after the Police brought the situation under control.

The violence seemed targetting mourners from Kampala, especially Abiriga's neighbours in Kawanda and the government. The youth accused the government of failure to protect their MP.

The rowdy youth also targetted journalists and destroyed their cameras and other equipment.

Earlier, Jonathan Musinguzi, the RPC West Nile region, said the Police and other security agencies are monitoring the situation and will ensure security.
Hatib Juma, the chairman of the Uganda Muslim Supreme Council, Arua, said the killers of Abiriga should be brought to book.
Mike Agondua, the chief of Ayivu County, said Abiriga loved all people and wondered why he would be gunned down in such a manner.
Abiriga and his brother Saidi Butele will be laid to rest in their ancestral home in Lukudu village Eramva parish in Rhino-camp sub-county on Monday.