We are not looking back- Pirates
Next Story

People stopped the van carrying the fallen legislator's remains, demanding to be allowed to carry the coffin on their shoulders

People stopped the van carrying the fallen legislator's remains, demanding to be allowed to carry the coffin on their shoulders

The body of the fallen Arua Municipality Member of Parliament, Ibrahim Abiriga, who was killed along with his bodyguard, arrived into his constituency on Sunday.

Amid chants in praise of the fallen legislator, thousands of emotional supporters and family members were on hand to receive his remains that were transported to Arua Airfield in an army chopper and then taken to his home at Nyafio cells.

Some of the supporters knelt on the ground and others scaled the perimeter wall at the airfield to get a glimpse of the body. 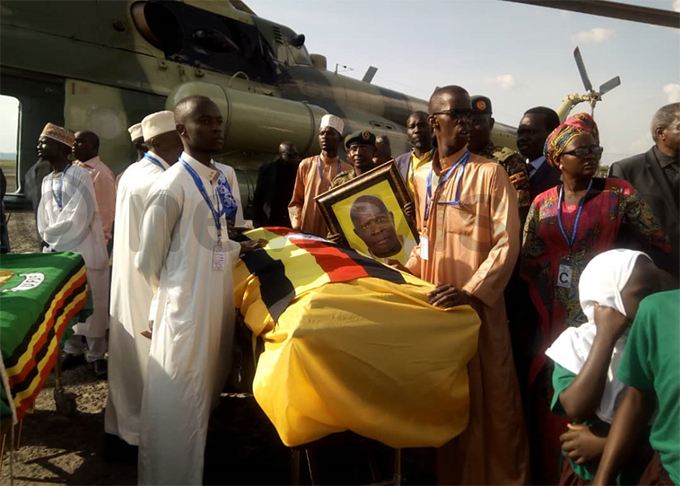 "We shall never have a leader like Abiriga who worked for the people. He died a poor man yet he had opportunity to swindle money," said Maji Andrua.

"Travel to his home at Nyafioa he has a simple house it is even worse when you go the village. He has nothing" he added.

Abiriga, who was famous for his love for the ruling National Resistance Movement party and President Yoweri Museveni, was gunned down by unknown assailants reportedly riding on motorcycles. 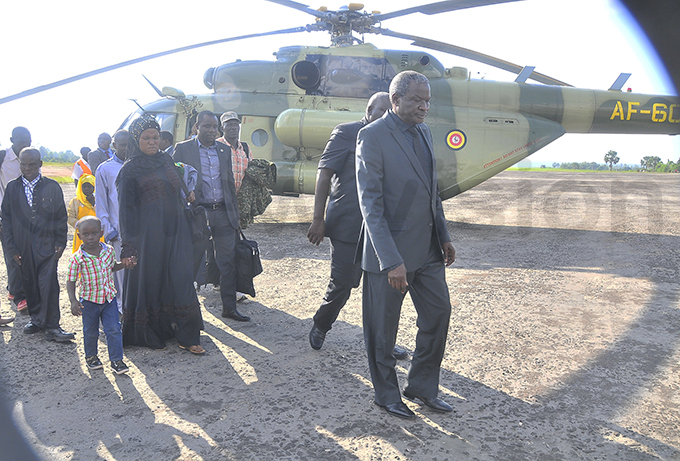 Abiriga's widow and children upon arrival at Arua Airstrip. Photo by Bosco King 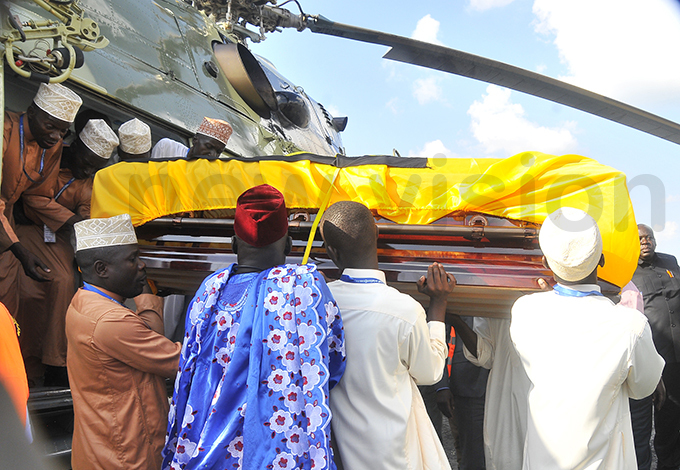 His last public appearance was at the presentation of the State of the Nation Address on Wednesday, in his trademark yellow Kaunda suit matched with yellow shoes.

Abiriga was one of the champions for the recent constitutional amendment for the removal of the presidential age limit. The coffin containing Abiriga's remains was escorted by Mario Obiga, the state minister for internal affairs and other family members.

Peter Dibele the Arua RDC, members of the Uganda Muslim Supreme Council, military officials and host of West Nile MPs including Hassan Kaps Fungaroo, received the body at the airfield.

The procession to take his body from the airfield to his home took nearly two hours as the surging crowd could not allow the van carrying the body to move faster. 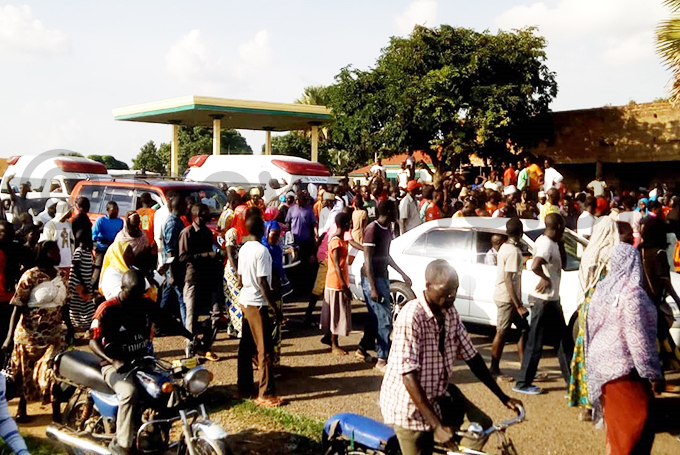 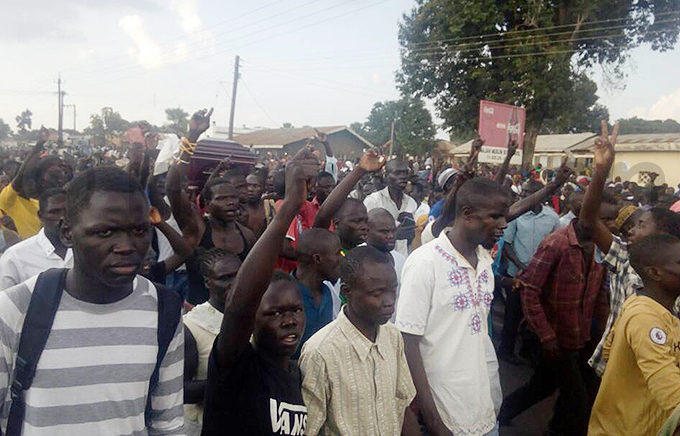 Youth later stopped the van demanding to be allowed to carry the coffin on their shoulders.

"He is our king. We want to carry him shoulder high, so you won't pass unless our demand is met," one person shouted.

The Police and the funeral service team were overwhelmed and caved in to the demands.

He will be laid to rest on Monday.