How the breast milk bank will help babies
Next Story

UPC to back JEEMA's Basalirwa in Bugiri race

JEEMA party president Asuman Basalirwa is in the running for the Bugiri Municipality parliamentary seat. Photo by Nancy Nanyonga

The Uganda People's Congress (UPC) has declared support for its opposition counterpart of the Justice Forum (JEEMA), Asuman Basalirwa, for the forthcoming parliamentary election in the newly created Bugiri Municipality.

The declaration was made by the UPC spokesperson, Michael Osinde, during the weekly press briefing at the party headquarters in Kampala on Wednesday.

UPC in their argument said that JEEMA also deserves a chance since they barely have any representation in Parliament.

"There should have been a balancing to have Basalirwa supported as a united force with other factors notwithstanding. So many times DP has given in and so has UPC, but why is it this particular one that our brothers (FDC) are hesitant?" Osinde wondered.

"We would also want Basalirwa to come on board, because JEEMA does not have even a single candidate representing in Parliament. Now when the party president has sacrificed himself to stand, why would you lock him? It is very unfortunate," Osinde said.

The party joins the Democratic Party (DP) which also declared the same early this week. This only implies that the two have chosen to campaign against Forum for Democratic Change (FDC). 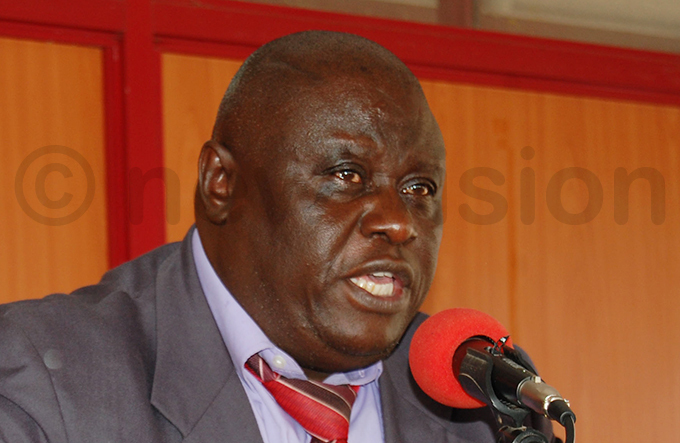 After failing to come to the round table with JEEMA on fronting a joint candidate, FDC decided to pull out and resolved to back their own candidate, Eunice Namatende, accusing the former of having selfish interests.

In the 2016 general elections, Namatende contested for the post of District Woman MP, while JEEMA's Basalirwa went for the Bukooli County seat. Namatende got a total of 40,000 votes in Bugiri while Basalirwa garnered 300 votes.

Meanwhile, UPC also announced that it is ready and has thus nominated party candidates for the forthcoming LC1 elections, in different parts of the country.

"The exercise continues and our regional vice chairpersons throughout the country are compiling registers of the nominated UPC candidates. We call upon our leadership structures all over the country to mobilise party members to participate in these elections," he added.

MPs say what they remember about Nsibambi

MPs say what they remember about Nsibambi