Around Uganda: Kabale pupil dies in school...
Next Story

PIC: Uganda's Innocent Ochera drives past an Indonesian opponent.(Credit:FIBA)
BASKETBALL
FIBA 3x3 World Cup Championships
PHILIPPINES - Uganda 3x3 girls' basketball team will test themselves against reigning champions Russia, two time world winners USA, Iran and Andorra as they make their second appearance at the FIBA 3X3 World Cup in the Philippines, June 8-12.
The team that will be representing Africa in the women's category finished third in the African championship last year in Togo to qualify for the championship.
Uganda, Nigeria and Mali will be the three Africa countries to compete in the world event.
Uganda's team comprising of Rita Imanishimwe, Sarah Ageno, Jamila Nansikombi fly out on Wednesday. 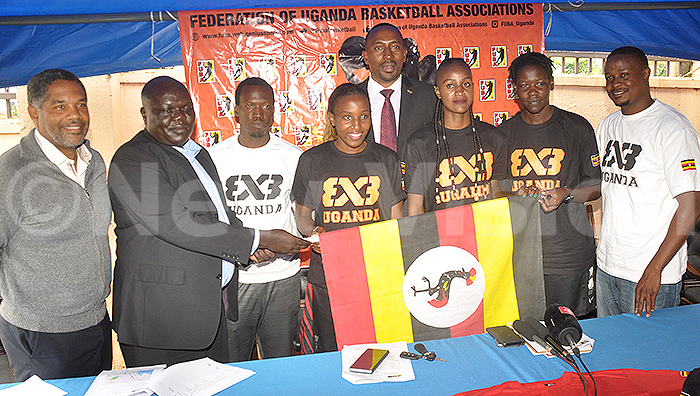 They are led by FUBA president Ambrose Tashobya alongside team coordinator Hamza Nyambogo and coach Nick Natuhereza. USA based Claire Lamunu will link up with the team in Dubai from US before the team heads to Manila.
NCS Chairman John Bosco Onyik flanked by UOC president William Blick flagged off the team and hailed FUBA for being organised.
"This is not a small achievement and we shall continue supporting federations that represent the country at such levels and basketball is one of the priority sports that we are supporting fully," Onyik said.
Tashobya said Uganda is also among the five countries in Africa that are being fast tracked to qualify for the Olympics alongside Egypt, Nigeria, Mali and Togo.
"This is historic, it is a huge achievement for us as basketball and it sets a new level for us not just that we qualified but because last year 3x3 was registered as one of the games at the 2020 Tokyo Olympics which gives us the momentum to continue working so that by 2019 we are ranked among the top two to be able to qualify," Tashobya said.
"It's a great achievement for us and we hope we will use it to build a team and also represent our country well.
"We are ranked number one in Africa and we hope to continue building on this to make our country proud," Tashobya stated.
UOC president, William Blick promised more funding for the team programmes, saying 3 on 3 had become an Olympic sport and that it was good to see the country represented at the World Cup.
Nyambogo said the team had prepared well and expects them to do the country proud following three weeks of preparations.
Uganda tips off their campaign on Saturday against Russia before they entertain Iran between 11am and 1pm. 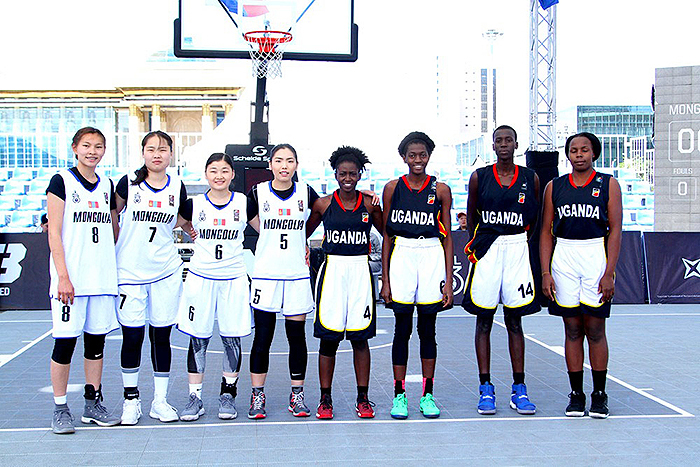 The Uganda 3x3 team pose with the Mongolian team in Mongolia.(Credit: FIBA)

Meanwhile, the girls' team that participated in the FIBA U-23 Nations League in Mongolia made it to the finals but lost to China 21-11 while the boys' team reached the semi-finals before losing 11-10 to Indonesia.
Uganda teams earlier had won their games against Sri Lanka 13-7 and 21-9 and against Mongolia (women), 14-13 in the girls' and boys' categories.
"Overall it was a good performance for us. The winner of the league is determined by the overall performance from the three stops that they are supposed to go to," Nyambogo explained.

5 fishermen drown in L. Victoria after boat is hit by hippo