A scent of fortune in coffee

Consequently, the Pearl Of Africa is ranked the second biggest coffee producer after Ethiopia on the continent.

Consequently, the Pearl Of Africa is ranked the second biggest coffee producer after Ethiopia on the continent.

PIC: Nursery beds of robusta coffee are making the crop regain its populirity in a livestock dominated economy of Mbarara. (Credit: Titus Kakembo)
FARMING
MBARARA - Like gold, coffee is currently one of the most globally traded tropical agricultural cash crop.
It is engaging 1.5m households in Uganda. It's production has been on  a steady increase from 2.7million bags of coffee valued at $393m in 2012.
This shot to 3.58 million bags the next year worth $433m. Consequently, the Pearl Of Africa is ranked the second biggest coffee producer after Ethiopia on the continent. It takes eighth position on a global basis. 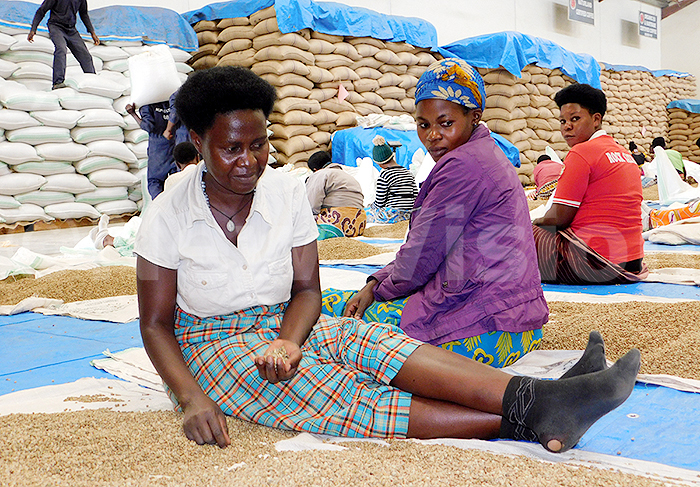 Ladies are employed to sort out the beans from foreign bodies to attain the desired standards in the market. (Credit: Titus Kakembo)
"Unfortunately, domestic consumption of the beverage is low and most of it is exported to Europe, USA, India and Russia," revealed the general manager Ankole Coffee Producers Corporative Union (ACPCU) John Nuwagaba.
"Good enough, with the value addition campaign and coffee farmers resurrecting its production, Sheema farmers are destined to bag fortunes."
They are already benefiting from the plan by Government to plant more than 3000000 trees.
Figures at Uganda Coffee Development Association have it that the yield has been 700kg per hectare totaling to3000000 bags per year for the last 40 years.
Way back in 2014, Government approved the national policy aimed at boosting the coffee sub sector.
It aligned it with vision 2040 aspiring to transform the agricultural sector into a more productive one. Critical areas like extension work and research were addressed besides strengthening farmer organisations and streamlining coffee laws.
Adding details how, "Small holder farmers dominate the output which stands at 700kg Robusta and 600kg Arabica per hectare for clonal breeds."
A casual tour the ACPCU plant is a revelation of giant strides being taken in boosting the incomes of farmers.
"Soon the shelves of shops in the country will be having Espresso and Instant coffee bearing our trademark," revealed Nuwagaba.
"ACPCU started from with a capital of sh1.5m in 2006. Today we are adding value to coffee besides improving our presence in the global export market.
"The berries are improving the livelihoods of families especially the women and the youth." 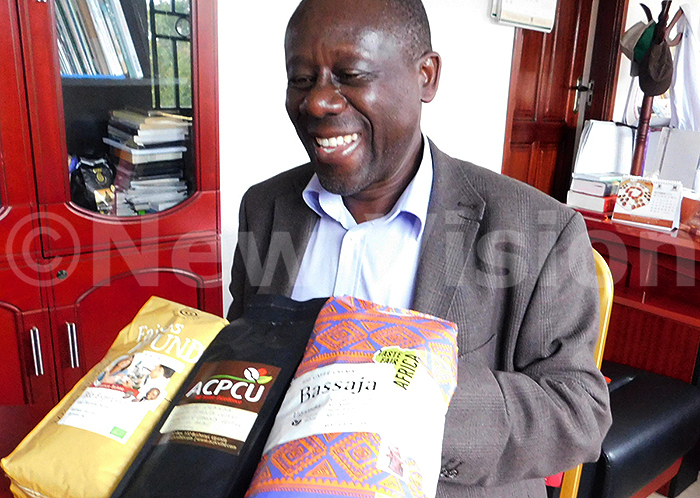 After satisfying the local market, which largely depends on imported coffee, ACPCU intends to venture in the competitive international market. Samples have since been taken to the USA and EU markets for tasting. The results were promising.
"This comes after attaining a grading machinery, with the help of Agriculture Business Initiative (aBi) to enable the farmers get the desired standards in the export markets, beat delivery deadlines and creating more than 100 employment opportunities," reveals Nuwagaba. "The export volumes have since shot up from 18 to 1404 metric tons as of the 2017 financial year."
This comes after installing a roasting and a grinding machine.  Plans are under way to boost domestic coffee consumption before plunging in the export markets.
Thereafter, ACPCU hopes to export to the specialty market. But this requires boosting the mother garden of trees that are resistant to coffee wilt.
The ACPU membership also increased from 3210 to 8240 farmers.
Come 2022 and we will be exporting 10,000 tons. Other registered benefits comprise: establishing of a modern coffee laboratory, provision of seedlings to farmers from the nursery, popularising drying mats to enable compliance with the sophisticated export market standards.