Some of the beneficiaries after receiving their cash grants with the ministers and parliamentarians. Photo by Gloria Nakajubi

"NRM has not forgotten its mother Kiboga. When we camped here during the struggle, we kept telling them that we will compensate you. Whatever you are losing now you will be compensated" said Abdul Nadduli, the minister without portfolio.

Nadduli, who was representing the Prime Minister, was speaking during a field visit by cabinet and members of Parliament in Kiboga to assess the implementation of Social Assistance Grants for Empowerment Programme on Tuesday. He stated that the older persons in the area now were very pivotal during the liberation struggle and thus deserve to be compensated.

"This is one of the areas where the members of the struggle first established base. The people here were very supportive. It is now time to pay back," he said.

Every month, government set out to give vulnerable older persons a direct cash payment of sh25000 to boast their livelihood. The programme currently running in 47 out of the 121 districts in the country has a total of 151,178 active beneficiaries. 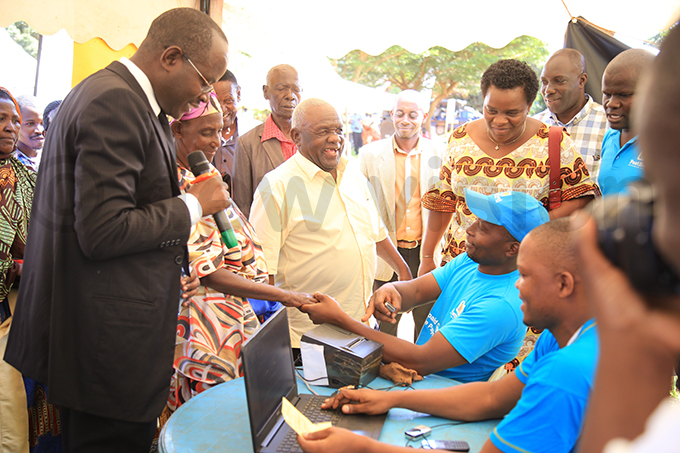 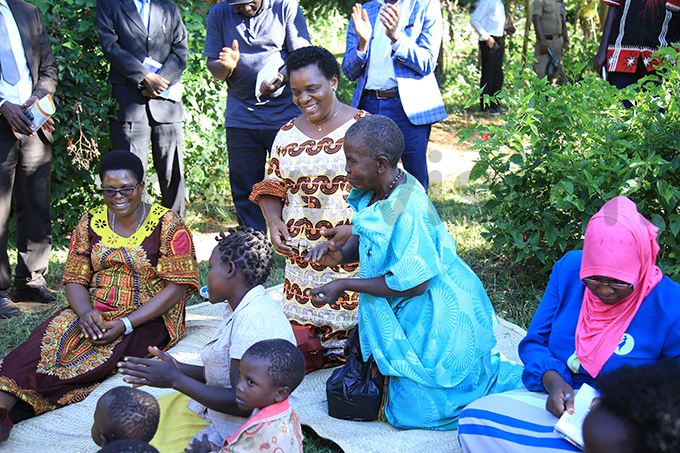 One of the beneficiaries, Maria Regina (in blue), hosted the team at her home in Lwanda village, Kiboga district. Photo by Gloria Nakajubi

In Kiboga, one of the districts fully funded by government of Uganda, a total of 4700 older persons have been enrolled onto the programme since its inception in 2011. A total of sh8.7b has so far been paid out in the district alone.

According to the Chief Administrative Officer, Sarah Nakalungi, the programme has boosted participation and social inclusion of the elderly who were previously perceived as social burdens.

"There is increased uptake of health services. These old people are able to pay for their transport to health facilities, a factor that usually deterred them from accessing these services," she said.

The programme however is currently suffering from months of unpaid grants with some districts like Kiboga counting over five months in arrears.

According to the chairperson of the Uganda Parliamentary Forum on Social Protection (the organizers of the retreat), Jacob Opolot, the pilot districts have provided substantial evidence that SAGE is one of the viable programmes with immense returns and trickledown effect.

"The old people do not just spend the money on themselves but are able to support their grandchildren through school. They are actively participating in the economy because they have spending power," he said. 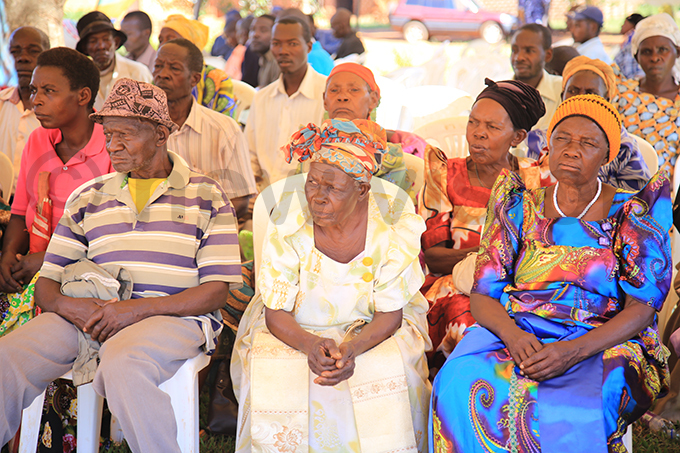 In the coming financial year, the programme has been allocated sh32.88b which is below the expected government of Uganda counter funding requirement of Sh40.34b. This therefore leaves a deficit of sh7.46b.

Cabinet according to Opolot should liaise with finance ministry to provide sh7.46b in the appropriation bill to cover funding gap under SAGE for 2018/19 budget.

"We also call upon cabinet to fast tract the release of money that Parliament passed in the supplementary budget to cater for arrears," he stressed.

In 2015, cabinet approved the National Social Protection Policy which seeks to promote coordination and harmonization of social protection in the country with such objectives as increasing access to social security, enhancing care, protection and support for vulnerable people and strengthen the institutional framework for social protection service delivery.

Social protection has been discussed as a critical element of national development strategies. It is recognized as key to reaching vulnerable, often excluded sections of the population, thereby achieving inclusive, pro-poor, equitable development.

We cannot wipe out corruption without good records management