Already, the Ugandan side at Elegu has been completed, but may not fully be utilized because Nimule side isn’t complete.

Already, the Ugandan side at Elegu has been completed, but may not fully be utilized because Nimule side isn’t complete.

The S.Sudan government is to use the Elegu/Nimule one stop border post to fight corruption that is constraining the business community using the border to cross into Juba.

Corruption, according to officials from the ministry of trade industry and East African community affairs, is one of the most common challenges facing transporters using that route.

This was revealed by the undersecretary in the Ministry of Trade Industry and East African Community Affairs of S. Sudan, Agak Achuil Lual Manok last week, during the site hand over of Nimule border point to the contractor, to start construction work so as to have a complete one stop border post.

The first phase of the border post at Nimule will be constructed with funding worth $4m from Trademark East Africa, and this involves construction of the parking yard, access roads, and examination shade and drainage system.

Already, the Ugandan side at Elegu has been completed, but may not fully be utilized because Nimule side isn't complete. 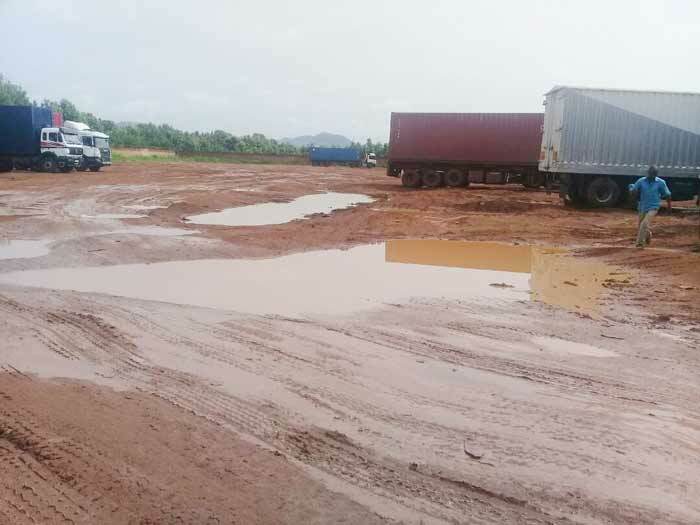 "The border post will bring all relevant authorities under one roof that means a trader will not move from place to place to clear their goods, which can be an avenue for corruption.

Besides most of the clearing processes in OSBPs are online which again will reduce paper work, reducing human interaction hence eliminating corruption at the border post," said Manok.

He also added that post will reduce accidents of trucks being experienced on their side due to flooding in parking lot, which also has a poor drainage channel and poor roads.

"It's a shame when on this side everything is done fast while on our side trucks are falling so the contractor must use the same speed they used on this side of Elegu to complete our structure," said Manok.

He added that on their part, they will monitor the construction process through the relevant border agencies and ministries to ensure that works are complete within the agreed six months, starting this week.

Some of the complaints from transporters using that Nimule Juba route has included bribery at almost every border point between Nimule and Juba, and failure to comply, results in torture and all forms of harassment including death, added Byron Kinene, chairman of transporters.

The S. Sudan TMEA country director, John Boscho Kaliisa, said that with relevant authorities under one roof, there will be a reduction in the total average time it takes to clear cargo at the Elegu /Nimule border, by 30% which will in turn contribute to reducing transport costs and increase in Intra regional and foreign trade in East Africa.

Between 2015 to 2016, Nimule used to clear between 6,000 trucks before the war broke out. The number of trucks dropped to 60 to 70 trucks a day, but the number is growing and currently the border clears 200 trucks on a daily basis.

However, Kaliisa added most of the cargo being cleared, 70% of this is humanitarian aid, and the 30% is trade.

With such low trade volumes, the Uganda Revenue Authority through customs collects only sh270m, every month, but with stability, they are able to collect sh400m from this border post alone, added Paul Waluchesi, customs head, Elegu/Nimule border post.

Uganda Premier League: A peek into the weekend