Somali leader urges calm after clashes in ...
Next Story

The controversy is hardly new, nor does it concern Africa alone

The controversy is hardly new, nor does it concern Africa alone

Big royal statues of the Kingdom of Dahomey dating back to 1890-1892 are pictured the Quai Branly Museum-Jacques Chirac in Paris. AFP Photo

Half-man, half-beast, the tall African statues dominate a busy gallery in Paris' Quai Branly museum. But few of the visitors are aware they are looking at what might be considered stolen goods.

The three imposing wooden carvings were plundered by French troops in 1892 from the kingdom of Dahomey -- modern-day Benin.

"I came here to learn about how these objects were intended to be used, more than how they were brought here," said Michael Fanning, a student from New Orleans, peering up at the statues.

"But it does make me think we should give them back to whoever made them."

From London to Berlin, Europe's museums are packed with hundreds of thousands of colonial-era items. Increasingly, they are facing the awkward question of whether they should be there at all.

The "Scramble for Africa", as Europe's 19th-century land grab came to be known, brought with it a clamour for trinkets from conquered territories, so exotic to the eyes of the colonisers.

Bought, bartered and in some cases simply stolen by soldiers, missionaries and anthropologists, they ended up in museums and private collections all over Europe.

The controversy is hardly new, nor does it concern Africa alone.

Star lawyer Amal Clooney, wife of Hollywood actor George, has advised Athens on its bid to reclaim the Parthenon marbles, vast sculptures which have been in Britain since the 1800s.

The massive Koh-i-Noor diamond, part of Britain's crown jewels and claimed by India, Pakistan, Iran and Afghanistan, is another spectacular example.

But in Africa, a speech by French President Emmanuel Macron has spurred hope that things may be about to change.

He charged two experts with working out how to give African artefacts back within five years, prompting speculation that museums across Europe could be pressured to follow suit.

"Suffice to say that he'll have made European curators quake in their boots," said Pascal Blanchard, a historian of French colonialism.

French art historian Benedicte Savoy, one of the experts appointed by Macron along with Senegalese writer Felwine Sarr, described her new job as "a hell of a challenge". 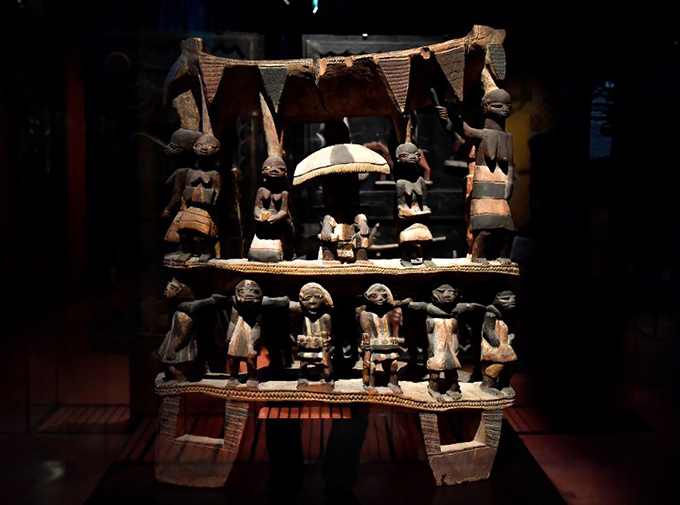 Royal Seat of the Kingdom of Dahomey from the early 19th century. AFP Photo

Museums have long wrestled with a tangle of legal and ethical problems concerning who really "owns" such objects.

Even in well-documented cases of pillaging, the law often prevents countries from giving them back.

Last year France flatly refused Benin's bid to reclaim its treasures, saying they were exempt from seizure as state property.

European conservationists have also raised practical concerns, worrying artefacts could be stolen or handled improperly if given to inexperienced museums in politically unstable countries.

Blanchard said countries like Nigeria, with well-established museums, had "all the ingredients for solid restitution claims".

But others as poor as Chad "do not currently have the museums and cultural heritage services capable of restoring and displaying these objects", he said.

'These objects belong to us'

Yet many African officials say these treasures should be at home, attracting tourists and boosting national pride.

Few cases inspire more outrage than the Benin bronzes, hundreds of exquisite metal plaques seized in 1897 by British troops from the Kingdom of Benin, in modern-day Nigeria. 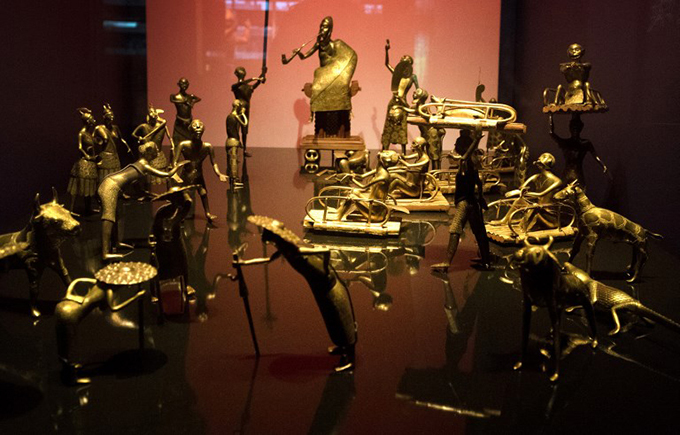 The Ato ceremony of the Kingdom of Dahomey, circa 1934. AFP Photo

Most are now in the British Museum and the Ethnological Museum of Berlin.

For Crusoe Osagie, spokesman for the governor of Nigeria's Edo State, it is simply wrong that his children must go to Britain or Germany to see their heritage in a glass-fronted cabinet.

"These objects belong to us and were forcefully denied to our possession," he told AFP.

As for suggestions that Africans might not look after such objects, he finds the idea insulting.

Some colonial-era artefacts have been handed back over the years on an ad hoc basis, and UN cultural agency UNESCO has mediated successfully in several disputes since the 1970s.

European and US museums have also been meeting with Nigerian officials since 2007 seeking a solution for the Benin bronzes, but with few results.

The idea of loaning the bronzes, as well as Ethiopian items displayed in Britain, has been floated, but some African officials are affronted by the suggestion of "borrowing" what they see as their own property.

For want of better solutions, many museums are simply trying to approach the issue more sensitively.

German museums have taken a lead -- mindful of their previous experience with Jewish-owned artworks looted by the Nazis.

At Berlin's new Humboldt Forum, labels are set to include details of how colonial-era items came to be in the collection.

And Hamburg's MKG museum is running an exhibition which focuses not so much on its three Benin bronzes, but the fact that they were looted.

"We are not afraid to show something which is not a beautiful story," she said.

Would you hire a beautiful housemaid?

In my co-wife, I found a true sister

Should I tell her that her husband is cheating on her with her sister?