Chesang returns to the track in India
Next Story

For Liverpool, the game will be remembered for the disaster that befell goalkeeper Karius in the second half

For Liverpool, the game will be remembered for the disaster that befell goalkeeper Karius in the second half

Gareth Bale came off the bench to score twice, including one of the all-time great goals in a Champions League final, as Real Madrid beat Liverpool 3-1 in Kiev on Saturday to take the trophy for the third year running.

Bale's jaw-dropping overhead kick in the 64th minute put Real 2-1 up moments after his introduction, following a dramatic start to the second half in which Karim Benzema gave Real the lead as a result of a Loris Karius howler.

Sadio Mane had briefly restored parity, but Bale put Real in front again and then sealed the triumph late on with a long-range strike that the unfortunate Karius could only punch into the net. 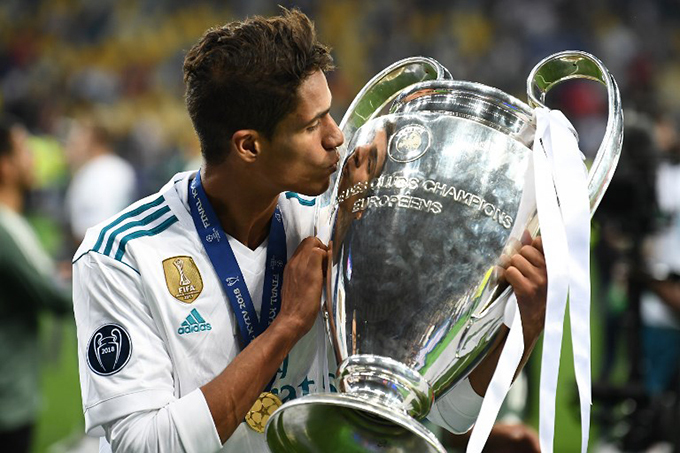 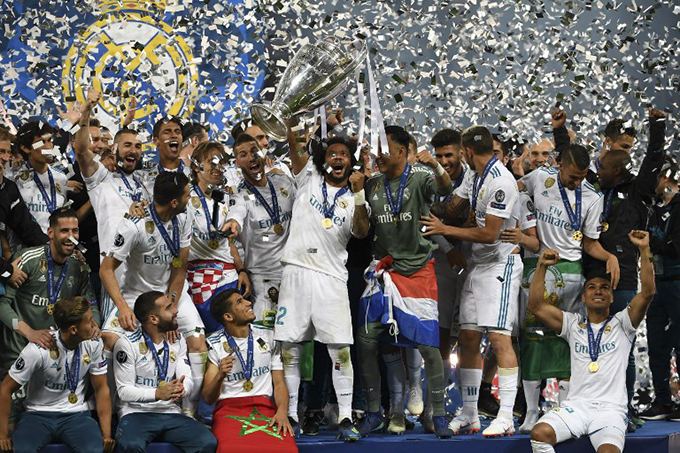 Jurgen Klopp's and Liverpool's own evening was marred by the loss of a distraught Mohamed Salah to injury in the first half, the Egyptian coming off half an hour in having damaged his shoulder.

This was not to be Salah's night, with Real allowing Zinedine Zidane to become the first coach ever to win the Champions League three years in a row.

"With a team like this we can go far, but to win three of them, it's something crazy," Zidane said.

Madrid are the first team to achieve that feat since Bayern Munich in 1976. This is their fourth title in five years, and their 13th overall.

Cristiano Ronaldo has now won five in his great career, although he later cast a cloud over the night by hinting that he could soon leave the club, saying: "It was very nice to be at Real Madrid."

However, it was Bale's evening, and when asked if it was the best goal he had ever scored, he said: "I'd have to say it is, on the biggest stage in world football to score a goal like that is a dream come true."

But Bale has not been a regular in the Real team this season and he admitted he will now consider his future in the weeks ahead.

"I feel I should be playing every week and if that's not the case here it's something I need to consider. We will sit down in the summer and try to resolve things." 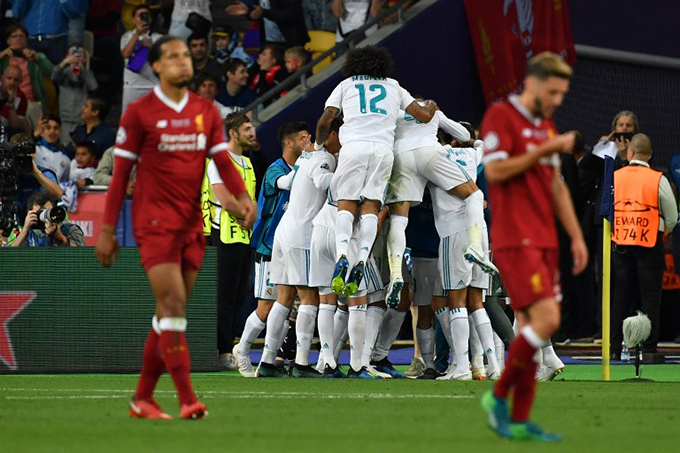 Real Madrid's players celebrate after their third goal at the Olympic Stadium in Kiev. AFP Photo 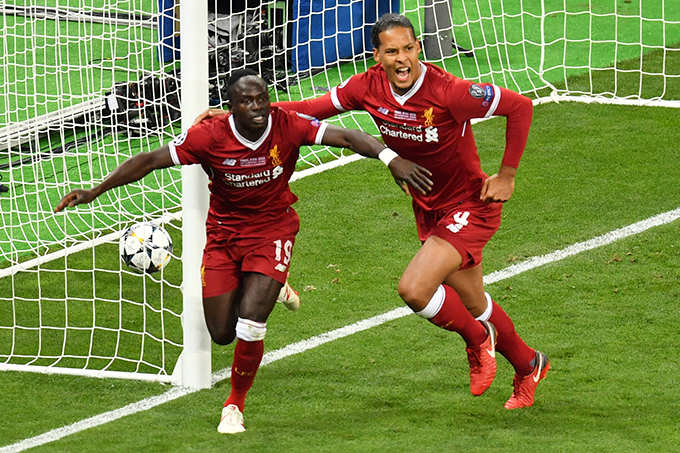 The Welshman had been tipped to feature in the starting line-up but was left out for Isco -- just as he had been in the final against Juventus last year -- before making an emphatic impact as a substitute.

For Liverpool, the game will be remembered for the disaster that befell goalkeeper Karius in the second half, and for Salah's tears as he departed the pitch at the NSC Olympiyskyi.

The Egyptian hurt his left shoulder as he went down in a challenge with Sergio Ramos in the 25th minute.

Five minutes later he made way for Adam Lallana, and his presence at the World Cup is now in doubt.

Salah's injury, and that which forced Real's Dani Carvajal off before the break, temporarily took the sting out of the game after an enthralling start, with Liverpool on top. 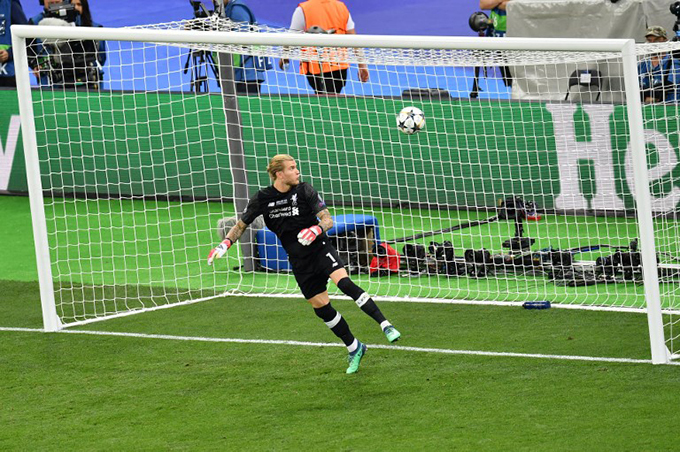 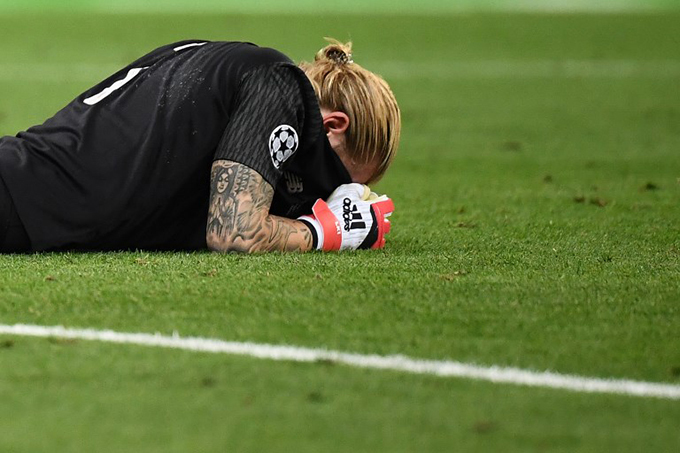 After Salah departed, Real sensed their chance. They even had the ball in the net in the 43rd minute, only to be denied by a marginal offside call.

Ronaldo's header from Isco's cross was parried by Karius, and Benzema turned in the loose ball, but the flag cut short his celebrations.

If that was a let-off for Liverpool, they were their own worst enemies at the start of the second half.

Isco struck the bar after Lallana diverted the ball into his path, before Benzema opened the scoring in the 51st minute.

It was a moment of unbelievable carelessness from Karius, who attempted to roll the ball out to the nearest red shirt only for Benzema to stick out a leg and send it trickling into the net.

Klopp's side really could have let their heads drop, and yet they were soon back level, Mane turning the ball in after Dejan Lovren headed down James Milner's corner. But their renewed hope was crushed upon the introduction of Bale.

The Welshman had been on the field barely two minutes when he met Marcelo's cross from the left with an improbable leap, back to goal, 15 yards out, to send an overhead kick on his left foot arcing over Karius and in.

Such a strike deserved to be the winner, although it was his long-range shot that beat the embarrassed Karius in the 83rd minute that made sure of the victory.

Mane hit the post for Liverpool in between Bale's strikes, but they will have to wait a while yet before winning their sixth European Cup.