Why civil servants allowances are to be in...
Next Story

The guests arrived at 2:00pm and were welcomed by Jacqueline and her sister Hope Mwesigye, who ushered them into the house.

The guests arrived at 2:00pm and were welcomed by Jacqueline and her sister Hope Mwesigye, who ushered them into the house.

A colourful corporate cultural event is how you would describe it. It brought together former and current key government ﬁgures, some of whom are said to be rivals in the political arena, renowned businessmen and members of the South African ﬁrst family.

Besides that, security personnel from both countries had to work together to tighten security.

South Africa's eldest ﬁrst son, Andile Ramaphosa and his mother, Hope Ramaphosa, ex-wife of President Cyril Ramaphosa and other members of the ﬁrst family were hosted at former Prime Minister Amama Mbabazi's residence in Kololo, Kampala to ofﬁcially ask for his niece, Bridget Birungi Rwakairu's hand in marriage in a traditional ceremony known as Okushaba. 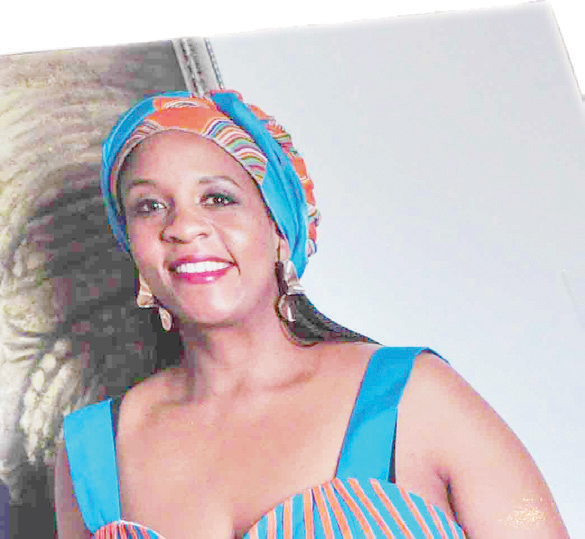 Bridget's mother, Peace Ruhindi, is the younger sister of Jacqueline Mbabazi. She (Bridget) was brought up by the Mbabazis after her father, Shadrack Rwakairu, was allegedly killed by the Uganda National Liberation Army (UNLA) in 1983.

The guests arrived at 2:00pm and were welcomed by Jacqueline and her sister Hope Mwesigye, who ushered them into the house. Outside, in one of the tents, the elders of the family were eagerly prepared to receive them for interrogation. They included the head of the Mbabazi family and Dr. Ruhakana Rugunda, Uganda's Prime Minister. 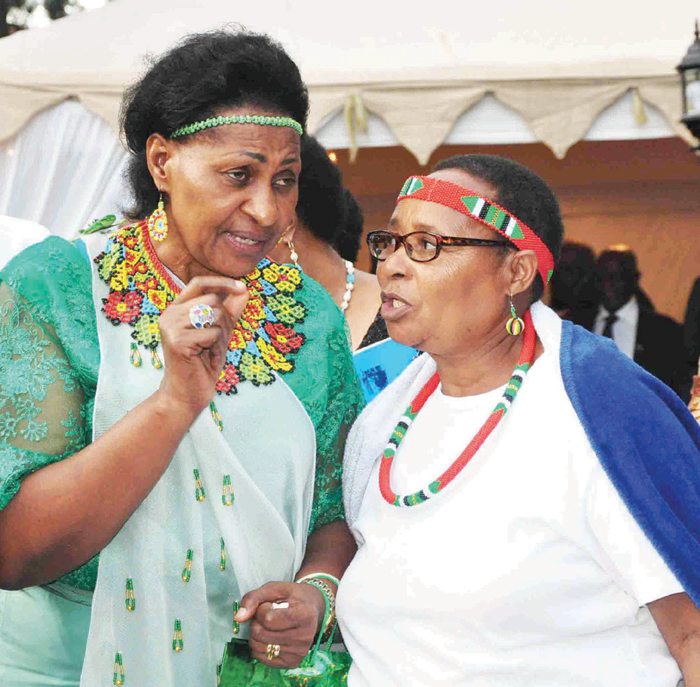 Jacqueline Mbabazi with Ivy Grace Ramaphosa at the ceremony

The Ramaphosas came with the MTN chairperson in Uganda, Charles Mbire, as their Katerarume (go-between). "Could you tell the elders who you are and why you are here?" Solomon Rubondo, the family's spokesperson asked. After answering the ‘who' question, Mbire said: "We are here to request you to allow us to marry one of your daughters." "Which daughter?" Rugunda asked. "Bridget Birungi" Mbire responded. "Maybe you are in the wrong place, could you please elaborate on this girl, Bridget?" Rugunda asked. 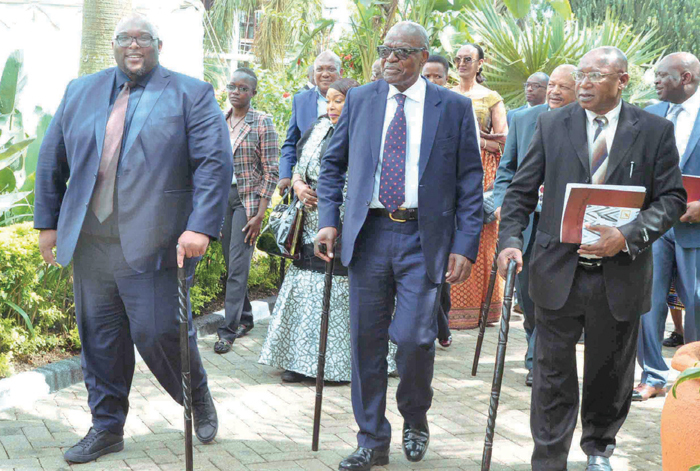 Andile Ramaphosa with members of his delegation

At this point, Mbire pulled out a framed portrait of the said Bridget and when the clan elders saw it, they started murmuring, pretending that they had been looking for their daughter, but later calmed down after conﬁrming that she was ﬁ ne and safe. The two families went on to exchange questions and answers.

Somewhere during the exchange, Rugunda allowed Mbire to speak English, so that the guests from South Africa could be part of the conversation.  Andile's paternal aunts, Ivy Grace and Mavis Ramaphosa, were not only dressed in the cultural attire of the Venda tribe, but also sat down on mats. They broke into cultural ululations and recitations whenever an agreement was reached between the two families and the elders made a decision in favour of Andile Ramaphosa.

Five cows and ﬁve goats The Ramaphosas were asked to pay a bride price of ﬁve cows and ﬁ ve goats). Mbabazi explained that the enjugano was not a price for his daughter, but just a contribution to the establishment of her new family.

"Women are not for sale, we all believe that women should be given equal treatment and recognition as men. This is why we are asking you to give those ﬁve cows to our children Andile and Bridget so that they can successfully start a home. However, we shall take the goats because they are going somewhere," Mbabazi said. The guests were hosted to a dinner and Mbabazi gave Andile Ramaphosa August 4 as the date for Okuhingira (giveaway) ceremony.