PIC: The late Joska Ocaya Lakidi. (Courtesy photo)
CELEBRATING LIFE
KAMPALA - President YoweriMuseveni has paid tribute to Joska Ocaya Lakidi, a former Permanent Secretary and member of the Presidential Awards Committee.
Ocaya succumbed to Cancer, on Sunday (May 13). She died at the age of 71.
The President's condolence message was delivered and read by Engineer Hillary Onek, during the deceased's funeral service at All Saints' Cathedral, Nakasero on Thursday.
Museveni eulogized Ocaya-Lakidi as a "highly committed, intelligent, knowledgeable and experienced cadre," who made a tremendous contribution to the rebuilding of Uganda's public service. 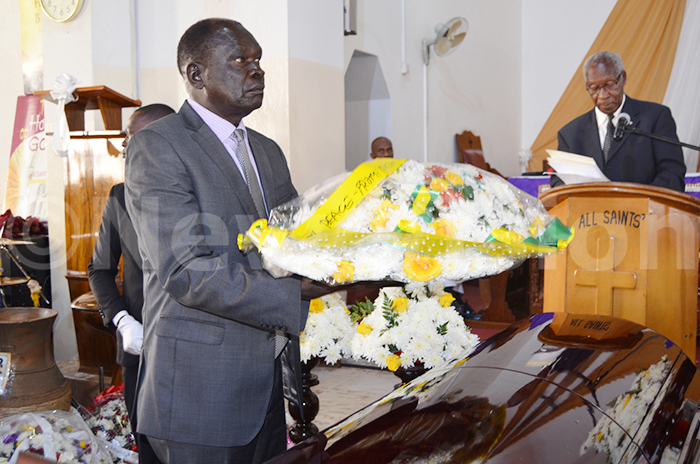 The President saluted the dedicated service of Ocaya-Lakidi and referred to her demise as an enormous loss to the country.
The head of Public Service, John Mitala, spoke highly of Ocaya-Lakidi's 33-year public service record, which he described as "impeccable." He said that Ocaya-Lakidi had executed her duties without blemish.
"She was a lady of great integrity, who listened patiently before taking action. She was first appointed as an administrative officer in Masaka, in 1972, before becoming assistant District Commissioner.
She was the first woman to be deployed as administrator. She always insist on honesty, quality and excellence." said Mitala.
Justice Owiny-Dollo commended the immense contribution of Ocaya-Lakidi to the education of the girl-child and general emancipation of women.
"She was the first woman to get a University Degree in the whole of Eastern Acholi. She led the way in educating girls. She saw no difference between girls and boys."
The Chief Justice, Bart Katureebe also paid tribute to Ocaya-Lakidi, referring to her as an exemplary accounting officer, who executed her work without any financial impropriety.
The funeral service of the late Ocaya-akidi was preside d over by Rev Diana Nkesiga, who also spoke highly of the deceased as a committed Christian, who loved and served her God with utmost honesty. 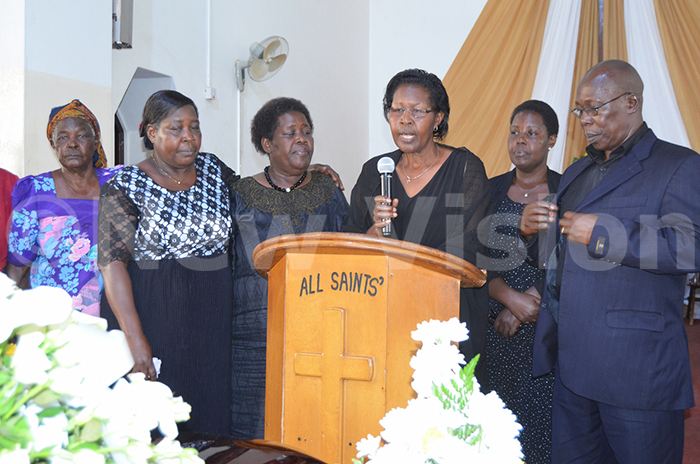 Getrude Acato, sister to the late Ocaya pays tribute to her sister at All Saints Cathedral on Thursday. (Credit: Mathias Mazinga)

A brief on OcayaLakidi
The Late Joska Ocaya-Lakidi was born on November 27, 1947. She was the first born to the late Rwot John AngolOgenga and ColostinaOgenga, who lived in Paimol, Northern Uganda. She was married to the late Professor Dent Ocaya-Lakidi, in 1943.
Joska was the pioneer female Assistant District Commissioner, appointed to Masaka in 1972. She had no knowledge of Lugandathen, but by the time she left, she was very fluent.
She later worked in various capacities includingPermanentSecretary Courts of Judicature, Secretary Ministry of Defense, Secretary Ministry of Environmental Protection, Acting Permanent Secretary of Water and Mineral Development, Under Secretary Ministry of Youth, Culture and Sports.
She was loved everyone and everywhere she served. She also did her work with excellence and confidence.
Prior to her death, she was serving as a member of the Presidential AwardsCommittee (Chancery).
She left behind three children; Catherine LakidiWacha, Patricia ElizabethLakidi, Paul Lakidi and Charlene KomugishaLakidi. Joska also leaves behind four grand-children, namely; Seth Wacha, Ryan Wacha, Angelica Wacha, GabrielOmaraNyeko.