Many feared dead as Cuba airliner crashes ...
Next Story

PIC: US and Union flags wave in the evening sunlight beside Windsor Castle in Windsor on May 18, 2018, on the eve of Britain's Prince Harry's royal wedding to US actress Meghan Markle. (AFP)
ROYAL WEDDING
LONDON - Meghan Markle once struggled for roles but the US former actress has now landed the biggest part of all as she prepares to marry Prince Harry on Saturday to become the newest face in Britain's royal family.
At 36 and with a successful self-made career behind her, few doubt that the television star and humanitarian activist will be a worthwhile addition to the cast of the monarchy.
Markle made her name as savvy paralegal Rachel Zane in the US legal drama series "Suits", but cultivated a high profile for herself outside the show too.
She became a United Nations advocate for women's empowerment and a global ambassador for the World Vision Canada relief agency.
The Los Angeles-born star had more than two million followers on her now-closed Instagram account and ran a successful lifestyle blog, The Tig.
Markle was also revealed as the anonymous blogger behind The Working Actress, which chronicled the struggles of hustling for parts in Hollywood.
"She comes across as very poised, eloquent, thoughtful," said royal writer Andrew Morton, who has penned a biography of Markle.
"She's very focused and someone who has been very ambitious and really wants to give back. Her great phrase is 'make the change'," he told AFP.
"Meghan's a smart girl. She knows exactly what she's getting into."
Ancestors royals and slaves
Rachel Meghan Markle was born on August 4, 1981 to Thomas Markle, a white, Emmy Award-winning television lighting director who worked on top US shows like "Married With Children", and Doria Ragland, a black social worker and yoga instructor.
On her mother's side, her ancestors were slaves who worked on cotton plantations in Georgia. Her mother's surname is taken from a slave owner.
On her father's side, genealogists have traced her ancestry back to king Robert I of Scotland, who reigned from 1306 to 1329.
Markle's parents split when she was two and divorced five years later. She is now estranged from her older half-sister and half-brother.
They made their presence felt in the wedding build-up, with Tom Junior scathing about her attitude towards the family and Samantha Grant venting forthrightly in several media outlets.
Meanwhile, her father set himself up for staged paparazzi photos which backfired, then suffered chest pains and needed heart surgery, causing him to miss her big day.
Markle went to a private Catholic girls' school where she was remembered for her strong sense of right and wrong.
Aged 11, her letter-writing campaign got the consumer goods giant Procter and Gamble to change a washing-up commercial, referring to people rather than just women.
Determined to give herself options, Markle studied theatre and international relations at Northwestern University.
She graduated in 2003, after which she landed a six-week internship as a press officer at the US embassy in Argentina.
"She had all that it takes to be a successful diplomat," said Mark Krischik, her superior in Buenos Aires.
Suits' springboard
Returning to Los Angeles, in 2004 she fell in love with go-getting film producer Trevor Engelson, who helped her get on the acting ladder as she struggled for big parts.
They married in Jamaica in 2011.
Soon after their engagement, Markle had landed her signature role in "Suits".
Filmed in Toronto, their relationship became a long-distance one. A series of flops followed for Engelson while the struggling actress became a star, and the marriage collapsed in 2013.
Through a mutual friend, she met Queen Elizabeth II's grandson Harry in July 2016 while visiting London. Their romance quickly blossomed on a whirlwind camping trip to Botswana. 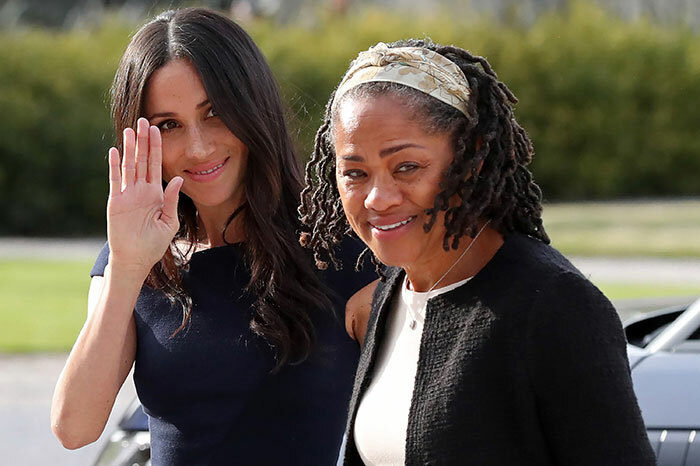 After their engagement was announced in November, Markle accompanied Harry, now sixth in line to the throne, on several public events.
Arthur Edwards, The Sun newspaper's royal photographer since 1977, said her style at public engagements was unusual.
"I've seen Meghan do selfies and give autographs, which the royals never do."
But, Majesty Magazine editor, Ingrid Seward told AFP that some readers "don't like her way of being outspoken, saying what she thinks, having views on politics and everything else".
She added: "Everybody's intrigued by Meghan, whether they like her or not".
Her acting career behind her, Markle's royal duties are likely to focus on youth, the Commonwealth and women's empowerment.
With Harry, his brother Prince William and his wife Kate, the four will have the task of renewing the monarchy's relevance to a younger generation.

Working out a weight loss programme

Drink and fight the beer belly at the same time