NRM Manifesto: The road to modernity

May 12 marked two years since President Yoweri Museveni and the National Resistance Movement (NRM) assumed the mantle of leading the affairs of the State and Government following the February 18, 2016 general elections.

“Through the manifesto for that election, we entered a social contract with the people of Uganda to take the country to modernity through job creation and inclusive development. That was theme of our pledge to Ugandans, and that is what we are working on to achieve,” Prime Minister Dr Ruhakana Rugunda said at the launch of the manifesto week in Kampala.

He explained that the NRM manifesto is anchored in Vision 2040 and the second National Development Plan. It commits to deliver Ugandans into middle income status and to ensure sustainable development. 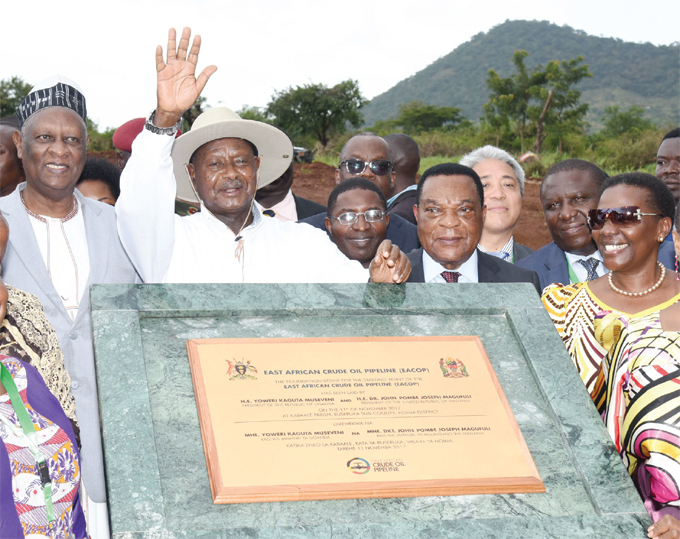 “Two years into that mandate, we would like to inform Ugandans that we are on course, making steady progress, to achieve the targets we set together with the people of Uganda. “We are, therefore, using this manifesto week to take stock of what has been achieved so far, the challenges that we have encountered, the steps being undertaken to address those challenges and the roadmap to accomplish the remaining tasks,” Rugunda explained.

Giving highlights of the progress, the Prime Minister said the overall implementation assessment of the manifesto commitments to date is at 38.2%. He said their projections were that the momentum of implementation was going to more than double, such that by the end of the next two years, they will be well over 80%.

He stated that the fundamentals of the economy that are responsible for rapid economic growth are being dealt with systematically. “It is not surprising that our GDP growth rate that had declined due to severe drought, among other factors, is projected to regain its pace at 6%. The Government is working to improve the investment climate to reduce the cost of doing business and attract investors,” Rugunda said. CLICK HERE FOR MORE ON THIS STORY

If one was to go by the promises made by the National Resistance Movement (NRM) Government in its 2016 manifesto, farms in Uganda would be as beautiful as the biblical Garden of Eden. It has been two years since these promises, that spans 2016-2021, were made and while some have been fulfilled, a lot more still needs to be done.

State of the agriculture sector

The 2017/18 national budget report indicated that the agricultural sector contribution to the economy stood at around 23%. Production of staple foods like maize increased from around 2.4 million tonnes in 2013 to around 4.2 million tonnes in 2016. Production of cash crops such as coffee, tea, fruits and flowers has also risen in the last few years. 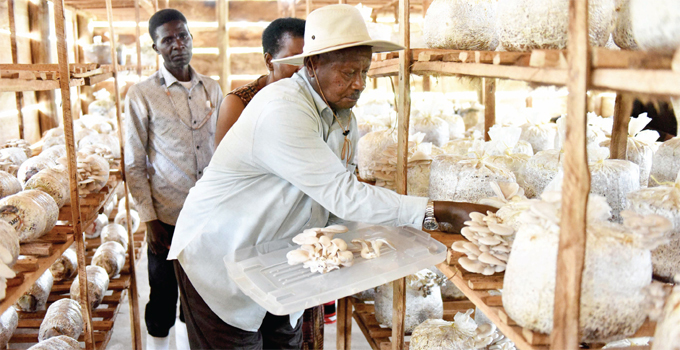 On the fight against hunger, Uganda has maintained her position as the regional food basket. According to the 2016 World hunger Index, Uganda’s hunger index dropped to 14 points from 19 in 2011, making the country the less likely to suffer from hunger and famine across the east and central African region.

In 2017, however, the hunger index rose to 23%, largely due to disease outbreaks and little rains in some areas. “There were not enough rains through two seasons of 2016 and this affected production,” says Vincent Ssempijja, the Minister of Agriculture Animal Industry and Fisheries.

In addition, in the last two years, however, there have been several disease outbreaks and a long drought has had an impact on the growth of the sector. In late 2017, the poultry sector was affected by rumours about an outbreak of bird flu, which led to some countries suspending poultry imports from Uganda.

Then in March 2017, there was an attack of the fall armyworm against maize and other crops in the country, the is still destroying crops even today. According to projections, these may reduce agriculture growth and production as the NRM strives to achieve its promises.

In the 2016 manifesto, President Yoweri Museveni promised to improve many aspects of the agriculture sector. “Over the next five years, our commitment is to transform subsistence agriculture to market-oriented or commercial agriculture. The NRM will do this by increasing investments in several areas as contained in the five-year agriculture development plan,” the manifesto stated.

The promises include revamping the irrigation sector, creating an agriculture funding facility for farmers and enhancing value-addition. Other promises are improving extension services and improving the road network to enable farmers move produce to markets easily. Indeed, there have been some achievements, but overall, there is a lot more that needs to be done.

One of the achievements is that for the first time in many years, the direct allocation to the agriculture sector topped sh823b in the 2016/17 budget. Proposals from the 2018/19 budget for agriculture indicate that there will be an increase to sh863b, which is around 3% of the budget. According to the sector budget policy paper, the increase is intended to mitigate emerging threats like diseases and water for irrigation. CLICK HERE FOR MORE ON THIS STORY

Among the top priorities for the National Resistance Movement (NRM) this coming financial year is expansion of the Closed-circuit television (CCTV) infrastructure network.

The other is the acquisition of modern and technical equipment and upgrading of the army’s armoured vehicles so the ruling party is able to continue protecting Ugandans.

Speaking to journalists at the Media Centre in Kampala on Monday, security minister Gen. Elly Tumwine said the NRM will establish a National Defence College at Lugazi. This will be the highest military institution in Uganda, training senior military and civilian officers. He said the Government will also upgrade the Kabalye Police Training School to conduct basic, promotional, refresher and professional officer courses. It will also establish a Police academy.

“We (as a country and the NRM government) have come a long way. The security situation in Uganda is better than ever before. Every corner of Uganda is at peace. We want to enhance this,” he said. Tumwine said the plan is to expand closed-circuit television cameras to cover all areas of Kampala Metropolitan: Entebbe, Kampala central business district, Kampala crime-prone areas, traffic junctions, major municipalities and key border entry points and highways.

The Government also intend to establish emergency call centres in the country and to strengthen the framework for collaboration and coordination with the criminal justice system and to roll out community policing throughout the country. CLICK HERE FOR MORE ON THIS STORY

The Ministry of Education and Sports is committed to implementing the presidential manifesto (2016-2021). The interventions pledged to be undertaken include: provision of infrastructure, enhanced inspection of schools, skills development and support to physical education and sports.

The Government will construct a vocational school per district by the end of 2021, the First Lady and Minister of Education and Sports, Janet Museveni, has said. The ministry will prioritise the promotion and establishment of regional centres of excellence in Business, Technical, Vocational Education and Training (BTVET) to ensure production of a critical mass of relevant technical skills.

“To ensure production of a critical mass of relevant technical skills, four international winning institutions have been contracted for curriculum review, adaption and training of the faculties in the four colleges,” the First Lady said.

Construction of facilities is underway in a number of BTVET institutions. They include Bamunanika TI in Luwero, Kiruhura TI, Hoima School of Nursing, Arua School of Comprehensive Nursing, UTC Bushenyi. The Directorate of Industrial Training assessed and certified 22,610 candidates.

THE MINISTRY OF JUSTINE AND CONSTITUTIONAL AFFAIRS

MINISTRY OF ENERGY AND MINERAL DEVELOPMENT