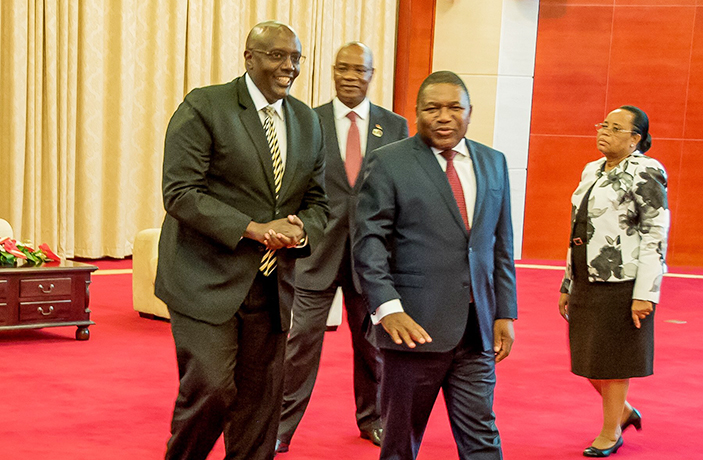 President Filipe Jacinto Nyusi of Mozambique has called for closer economic and political ties with Uganda.

Receiving the credentials from Ambassador Richard Kabonero, the High Commissioner of Uganda to Mozambique at the office of the President in Maputo, Nyusi recalled the strong historical ties between the Mozambique Liberation Front (FRELIMO) and President Yoweri Museveni, during the liberation struggle.

Nyusi was particularly pleased that Kabonero had come on the eve of the state visit of President Museveni to Mozambique, where a number of bilateral agreements are to be signed.

He welcomed Kabonero to Mozambique and wished him a successful tour of duty.
In reply, Kabonero conveyed the best wishes from Museveni and the people of Uganda. He promised to work tirelessly to strengthen the historical ties, particularly in education and agricultural sectors. 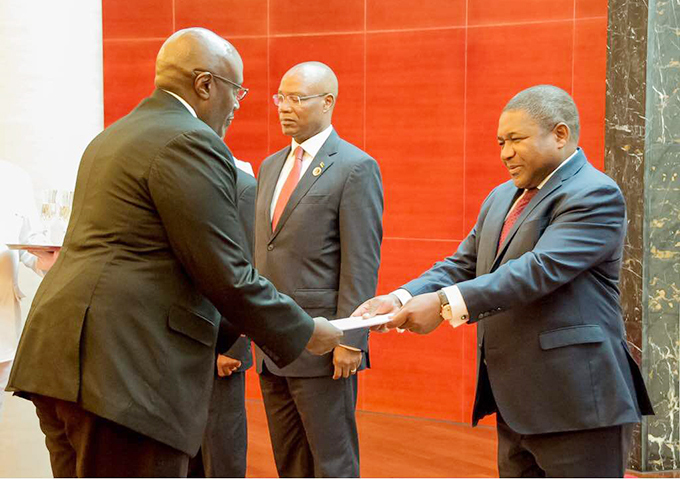 Museveni is expected in Mozambique on Thursday for a state visit, and is expected to pay a historical visit to Montpeuz in Cape Delgado district, where he joined the FRELIMO liberation fighters during the war of independence against the Portuguese in the 1970s.

He was able to train a number of Ugandan fighters including Generals Salim Saleh, Ivan Koreta and Fred Rwigyema.