MENU
Budget: Sh7,700 for every Ugandan for medicine
Previous Story

Cholera in Kampala: What you should know
Next Story

Preeclampsia is a condition during pregnancy where there is a sudden rise in blood pressure and swelling, mostly in the face, hands and feet.

Preeclampsia is a condition during pregnancy where there is a sudden rise in blood pressure and swelling, mostly in the face, hands and feet.

Two weeks ago, we all woke up to the sad news of the passing of Nuliat Nambazira, a former news anchor on WBS who succumbed to death after giving birth to a baby girl.

Her death followed another unfortunate case of the Iganga District woman MP Grace Hailat Kaundha who died at Mulago National Referral Hospital in Kawempe. She was five months pregnant and she died due to severe preeclampsia.

But as for Sarah Nakaggwa, she had a clue on what happens when a woman is about to give birth. She was expecting her fifth child. So when she started to notice changes, she and her husband, Moses Mutongole, checked into St. Francis Hospital Nsambya, one of the top hospitals in Kampala. She had been getting antenatal care here.

A day later on March 19, even with the labour pains increasing the baby kicks suddenly went silent. The desperate couple was dispatched to Kawempe General Referral Hospital for further attention.

But about 15 minutes into the journey she had a still birth inside the ambulance. Despite appearing to be recovering from the shock of losing a baby, last year on August,24, she was added to the ugly statistic of women who have died due to child birth related complications! 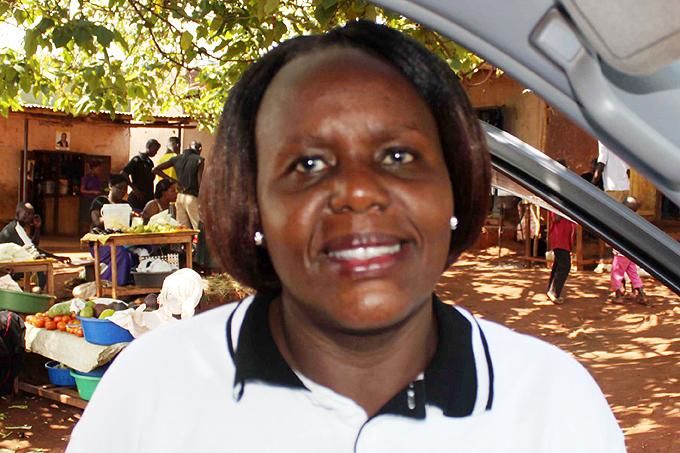 How about Winnie Nankinga, a former receptionist at Community Development and Child Welfare Initiatives (CODI)? She also passed away due to child birth-related uncontrolled bleeding. These are just four of the cases that highlight the increasing and sad trend of maternal deaths in Uganda.

There are many women dying every day when they would have died because some of these maternal health causes are preventable, Christine Nandyose Kasirye, the national executive secretary of St. John Ambulance, has revealed.

She regretted that in this part of the country (Buikwe), a number of pregnant mothers die at birth and immediately after birth due to a number of reasons that can be managed or avoided if only the mothers could be given information and access health facilities.

Why in this part of the country?

"One of the salient challenges is the terrain of the area which makes these pregnant women to delay to reach the health facilities. For example, the roads are not good and some have to go over hills and others have to go over water yet many have water phobia," she said.

She added that the health facilities which are in the place stop at health centre 11, meaning they cannot manage deliveries. Those who could manage to go to Jinja Hospital or Nyenga, which are the nearest health facilities though they are many kilometers away, could find long lines at the delivery facilities and many could die at that point of waiting.

Also the existence of many traditional birth attendants (TBAs) has attracted many pregnant women to deliver in their hands yet the TBAs don't have the expertise to handle abstract emergencies or to manage severe bleeding if it occurred. Even the hygiene of these TBAs needs a lot to be desired making the babies to die in the first six weeks.

She said that while the health facilities could be able to do the tests, they could not get enough time to talk to the ladies about the danger signs when they are pregnant, and also to talk about health eating, about money savings, the importance of going early to health centre, the danger signs during pregnancy, signs of labour, the importance of immediate exclusive breastfeeding and best postures, Family planning, husband involvement in all the affairs of their wives during pregnancy.

"We have a situation where by many young girls get pregnant when they are still young yet they don't know what to do and they don't go for antenatal services or even visit health facilities. This is a polygamous community and many of these young girls have husbands who are much older than them who don't escort them to health facilities," she said.

Nandyose made these remarks recently while rolling out a program code named "Maama Na Mwana," (Mother and Child) which is aimed at reducing maternal and child mobility and mortality.

The mini clinic outreach, which was held at Busaana landing site in Tongolo parish of Nyenga division-Buikwe district, benefited 129 people of which 49 were antenatal cases ( pregnant women), 17 were postnatal and 82 who tested for malaria rapid test and HIV.

Women were encouraged to attend antenatal services, deliver from health facilities and go for postnatal services. They were also taught about health eating and using examples of locally available foods, proper Sanitation and Hygiene. For HIV counseling and testing, those who were found to be HIV positive where guided where they should go for treatment.

She said all those districts bordering Lake Victoria like Buikwe district particularly have a higher prevalence because women are not going for antenatal services because of long distances to the health facilities. They also luck money for transport plus money to pay for the hospital bills.

And sometimes when they get to the health facilities they find that they are lucking in a number of medical supplies and materials. Thus, many of them end up not delivering at health facilities but at the traditional birth attendants (TBA), which situation we are discouraging.

The most important factor is that mothers are encouraged to attend antenatal services when they are pregnant, deliver from health facilities under skilled supervision and go for postnatal services. With this, a number of mishaps can be avoided, she said.

Nandyose said that at St John Ambulance they have divisions and they took advantage of Bulumagi division where they have community volunteers who move from door to door to homes where there are pregnant mothers and they talk to them and educate them about good practices during pregnancy and encourage them to deliver at health facilities and also go for potnental.They have gone to the five villages of Buziika, Mbabirre, Mbukiro, Butembe and Kitema, and all these places have high population.

Maama Na Mwana is being implemented in five different countries which include Uganda, Zambia, Zimbabwe, Kenya and Malawi. We decided to name the program that name because it is a common word ( Maama Na Mwana) which is understood in all these countries," she said.

How to learn about an organisationâ€™s culture

Is your firm in a credit crisis?

Is your firm in a credit crisis?