The programme aims at contributing towards increased quality, access and inclusive education for all refugee and host community children.

The programme aims at contributing towards increased quality, access and inclusive education for all refugee and host community children.

PIC: Adjumani RDC Awua Nahor addressing journalists before commissioning of the new block. (Credit: Derrick Kyatuka)
AID
ADJUMANI - A four-classroom block has been constructed at Aliwara Primary School in Mungula refugee settlement, Adjumani district.
This followed a storm that destroyed one of the school's classrooms last year, leaving over 850 pupils to share three classrooms.
The classroom block, which was recently commissioned, was constructed by Right To Play, a local NGO in Uganda, at a cost of sh119m.
Rebecca Gobbi Konyio, the school's headmistress, said as a result of inadquate study rooms, some pupils were forced to drop out of school. 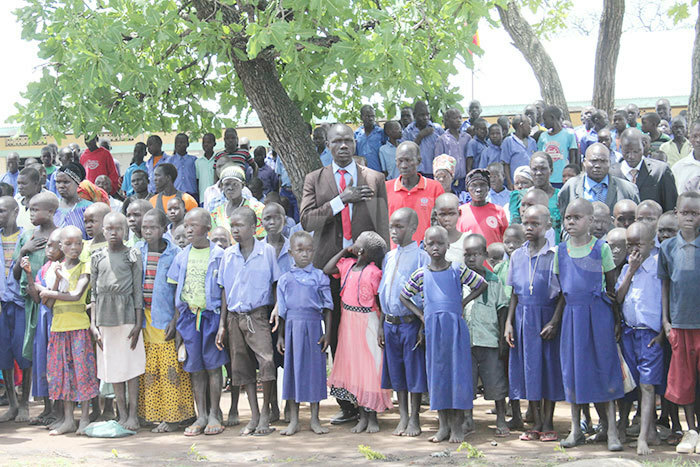 "Absenteeism of pupils increased because the pupils did not have enough space for learning, and many may have got frustrated with the daily struggle they had to go through to fight for space in the classrooms.
"Teachers were also demoralised teaching under the situation. But now we have better classrooms," Konyio said.
According to the director, Right To Play Uganda, Evelyn Frances Aguti, the classroom blocks were renovated under the Systems strengthening for Education in Emergencies programme (SSEiE) in West Nile- Adjumani.
The programme aims at contributing towards increased quality, access and inclusive education for all refugee and host community children.
"Our worries in line with effective learning have been brought to an end. I expect pupils to perform better, especially those in Primary Seven," Konyio added.
She encouraged the school to set aside money for maintanance of the new classroom block.
Victoria Sokale, a Primary Seven pupil said: "I am happy that our classroom block has been renovated and handed over to the school. We shall be comfortable during lessons because the rooms are big enough."
Nelson Luguya, a parent to one of the pupils, says he has seen the school grow over time. 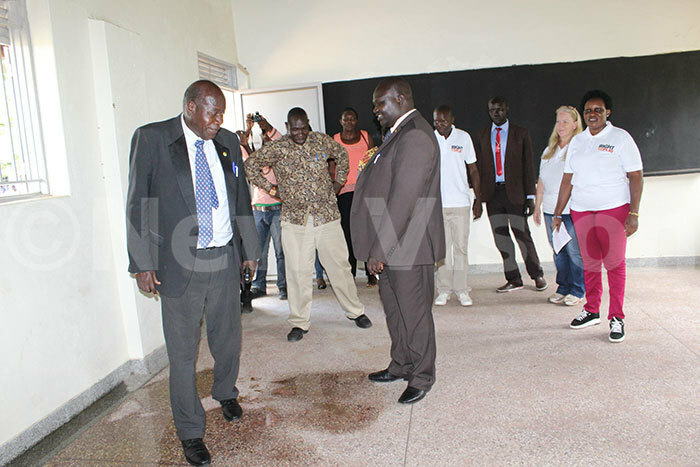 "In 1996, the school only had two classroom blocks. I am impressed to see that it has put up more structures. This has given it a new look, and as a parent, I see hope for growth," Lugaya said.
The Adjumani District Education Officer, Robert Dima, also noted that the intervention is timely and a dream come true for the school.
The teacher in charge students' affairs at the school, Matthew Ojuwe, said the intervention has provided for girls who were using make-shift latrines, which were not user friendly, especially during their monthly periods.