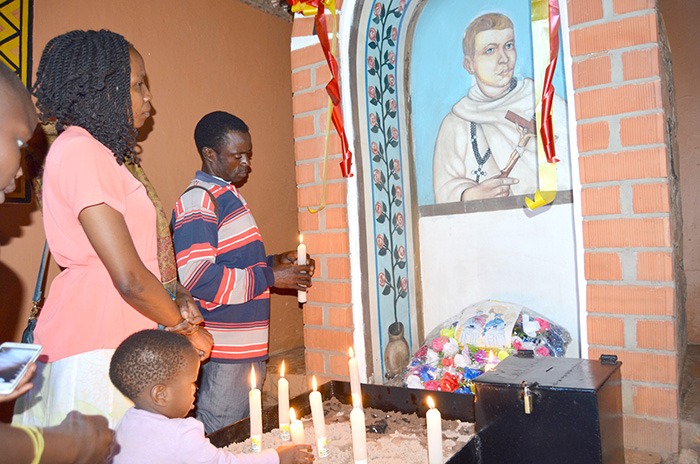 KAMPALA- The diocesan phase of the process of the beatification of Fr Lourdel Mapeera and Bro Delmas Amans is getting to a close. It will be concluded officially on September 8 (2018). The function will take place at Rubaga Cathedral.

The news was broken by Fr Richard Nnyombi, a priest of the Catholic missionary society of White Fathers, during the memorial mass for the 128th anniversary of Fr Simeon Lourdel Mapeera at Mapeera Pilgrimage Centre, Nabunnya (Rubaga Division) on Saturday.

Fr Lourdel Mapeera and Bro Delmas Amans, who belonged to the Catholic Missionary Society of White Fathers (also called missionaries of Africa), were the pioneer Catholic missionaries in Uganda.

The two missionaries of French descent arrived in Uganda (at Kigungu Landing Site, by boat), on February 17, 1879. Owing to the dynamic evangelistic work of the two missionaries, and their confreres who followed them, Uganda got its glorious martyrs, just after six years of the Catholic missionary activity.

The process for the beatification (and subsequent canonisation) of Fr Mapeera and Bro Amans was officially opened at Rubaga Cathedral on November 6, 2016. A tribunal was set up to carry out investigations/inquiries into the life and actions of the two missionaries, and also to record all the miracles that Christians attribute to their intercession. 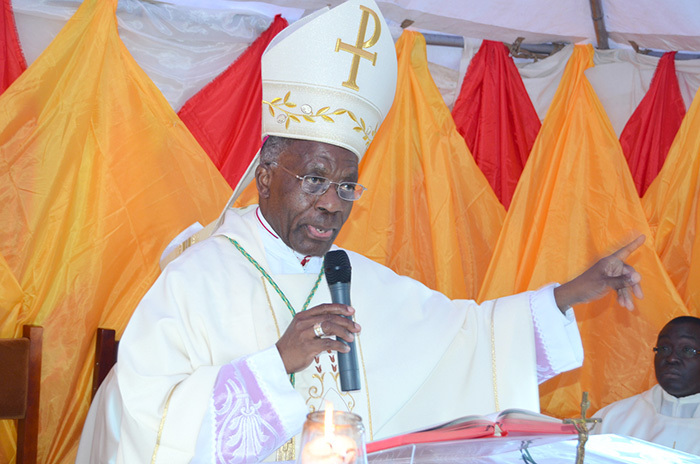 At the conclusion of the diocesan phase on September 8, the documented information on the life, actions and miracles of Fr Mapeera and Brother Amans will be sealed and taken to the Vatican, where they will be examined further before the decision to canonise them is taken.

Fr Nnyombi later asked Christians and all Ugandans of goodwill to make financial contributions towards the logistical requirements of the process. He said the Vatican had requested for sh120m to facilitate the second phase.

The memorial mass at Nabunnya was presided over by the Ugandan Apostolic Nuncio to Belgium, His Excellency Archbishop Augustine Kasujja.

Kasujja excited the Christians, when he narrated to them the story of his pilgrimage to the birthplace of Fr Lourdel Mapeera, in France early this year during which he got an opportunity to see the room in which Mapeera used to sleep, the tombs of his parents and the small village Church where he was baptised. 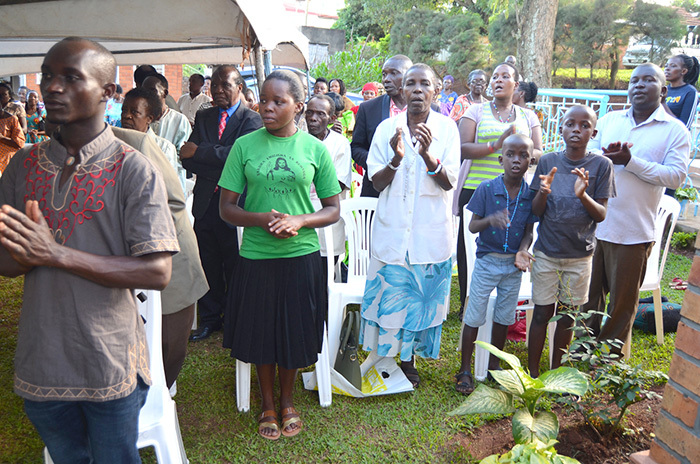 A cross section of the Christians during the memorial mass. (Credit: Mathias Mazinga)

Rev Fr Dr Mark Richard Ssajjabbi, the Pastoral co-ordinator of the Metropolitan Archdiocese of Kampala, who was the day's homilist, asked the Christians to put into practice the will of Fr Mapeera.

"Before Fr Mapeera passed on, 128 years ago, at around 1:00pm, he said this to those who were around: "Please pray for me. Pray for your king.  Pray for the kingdom. Keep the faith."

This will of Fr Mapeera challenges us to be ardent messengers of the gospel of Christ, who reflect the faith in our words and actions. We need to constantly renew our faith as we trod in the footsteps of Fr Mapeera and Bro Amans."

The Metropolitan Archbishop of Kampala, Dr Cyprian Kizito Lwanga, asked the Christians to reciprocate the heroic missionary option of Fr Mapeera and his confreres by being true to the Catholic faith. The Perlaet put it to the Catholics to always love and defend their faith in words and actions, without fear or favour.

Mapeera Pilgrimage Center, Nabunnya, where Fr Mapeera's Memorial mass was held, was the place where Fr Mapeera was first buried, upon his death, before his body was exhumed and buried at Rubaga Cathedral, and finally, at St John the Baptist Catholic parish, Mapeera Nabulagala. 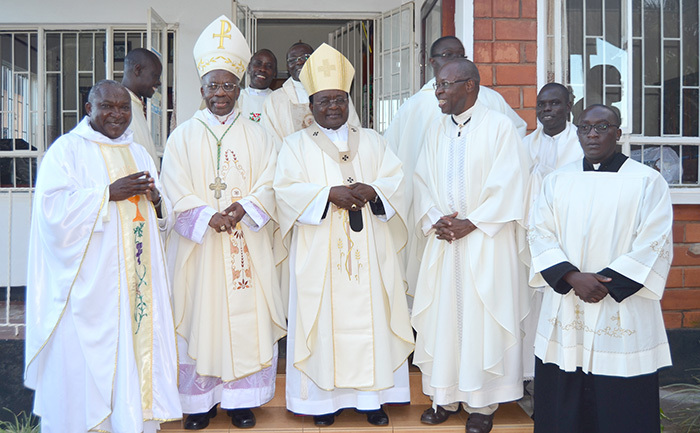