Mother-of-two Pereira, a commercial manager, is no stranger to the catwalk, having won another title in her suburb in 2016.

Mother-of-two Pereira, a commercial manager, is no stranger to the catwalk, having won another title in her suburb in 2016.

PIC: Brazilian Rosalia Pereira, 62, is crowned Sao Paulo's senior beauty queen. (AFP)
BEAUTY PAGEANT
BRAZIL- Rosalia Pereira had two reasons to celebrate Thursday: her miraculously rekindled true love 40 years to the day after their first date and being crowned Sao Paulo's senior beauty queen.
"Today is even more special because of this," the 62-year-old said after winning the beauty contest, which aims to give the elderly a bit of fun just before Brazilian Mother's Day on Sunday.
"To participate, to have the courage to participate, is proof that the elderly today are active and this is very good, because it boosts everyone's confidence," Pereira told AFP.
Now in its 15th year, the contest is run by a community center for the elderly in the northeast of the city.
"This is part of social inclusion, getting people out of their houses," said Nilton da Silva Guedes, social integration director at the center, known as the Paulista Institute of Geriatrics and Gerontology.
"There's a different world, people of the same age range who maybe have similar problems, people who can talk or exchange ideas, understand each other, and see things aren't that bad," he said.
Organizers whittled down more than 100 initial contestants to 25 finalists.
On the day of the final, hopeful beauties aged between 62 and 77 paraded before a loud audience, mostly consisting of other elderly -- though not always.
"That's my mother!" one younger woman shouted, pointing proudly at the stage.
Up for grabs were titles in five other categories: Miss Timidity, Miss Elegance, Miss Smile, Miss Congeniality and Miss Beauty. 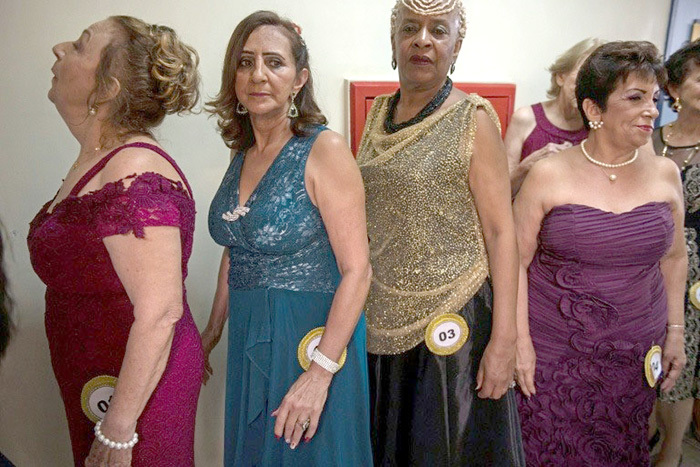 Elderly women in Sao Paulo, Brazil line up during the beauty pageant. (AFP) 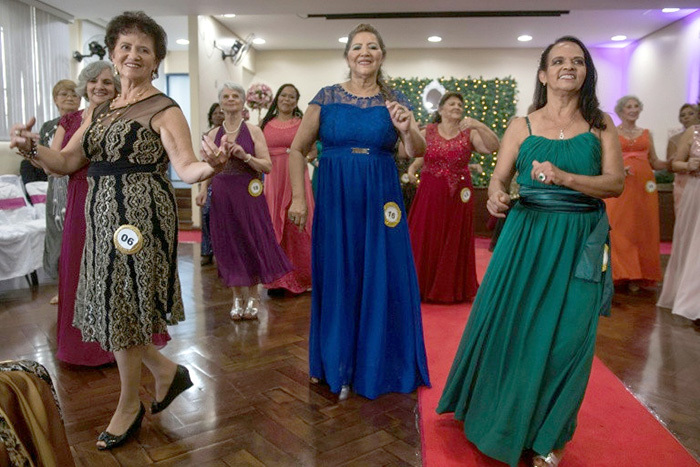 Contestants dance on stage during a beauty contest for elderly women. (AFP)

The previous editions' winners hung the sashes around their successors' shoulders. Last year's Miss Beauty 2017 appraised the new title-holder critically before conceding the sash, and outgoing beauty queen Aureluce Gastao seemed to need a little persuasion to surrender her crown.
Mother-of-two Pereira, a commercial manager, is no stranger to the catwalk, having won another title in her suburb in 2016.
But what is beauty without love? In this, Pereira says she has been the biggest winner of all.
Her greatest achievement, she says, was "rediscovering the big love of my life."
Divorced, she recently rekindled a relationship with her very first boyfriend after he found her through Facebook.
Thirty five years had passed since she'd turned down his marriage proposal.
"I was very young. He was even younger. Afterward, I regretted it," she said.
By the time they met again, she was already 60.
"The next day, he asked me to marry him and put a ring on my finger."
Thursday was 40 years to the day since their first date. 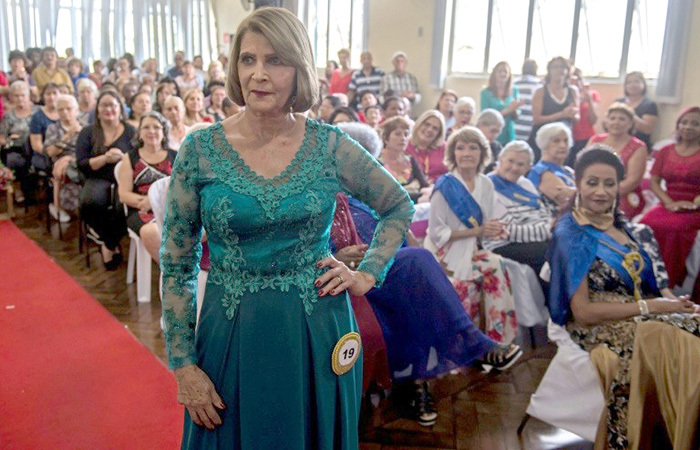 Contestants take part in a beauty pageant for elderly women ahead of Mother's Day in Sao Paulo, Brazil. (AFP)

An African idea about to go global