Guest after guest that visited the Pearl of Africa stall sought to take photos and selfies with the 'Gorilla'.

Guest after guest that visited the Pearl of Africa stall sought to take photos and selfies with the 'Gorilla'.

SOUTH AFRICA- It is a well-known fact that Uganda is home to more than half of the population of the world's Gorilla's and thus has made it a favourite destination for tourists seeking to see the lovely animals.

At the 2018 Africa Travels Indaba, a tourism expo hosted by South Africa Tourism and attended by both tourism buyers and sellers from all over the world at the ICC centre in Durban, Uganda Wildlife Authority tagged along its human version of a Gorilla.

And Behold, it turned out to be a wise decision, as guest after guest that visited the pearl of Africa stall sought to take photos and selfies with the 'Gorilla'.

Katja Ahlstrom from Finland was over the moon as she took pictures, swearing to visit Uganda and do the Gorilla tracking.

For Lizeko Maduna and Sabelo Ntenda both from South Africa, it was like a dream come true, the former theoretically refusing to leave the Gorilla.

Godwin Mwetiese, the managing director of Yala Safaris, one of the Ugandan exhibitors at the expo, highlighted the fact that the Gorilla was a favourite, with most of the buyers and sellers to his tent asking about the Gorilla tracking experience.

"With the Indaba, I have realised two things, people are willing to come and see the Gorilla in Uganda and that the Tourism sector is big, but Uganda needs to invest more."

Steven Masaba of the Uganda wildlife Authority, highlights the fact that the Gorilla is Uganda's signature tourism attraction and all must be done to protect it. A guest talking to Uganda Tourism Board officials at the expo. (Credit: Roderick Ahimbazwe) 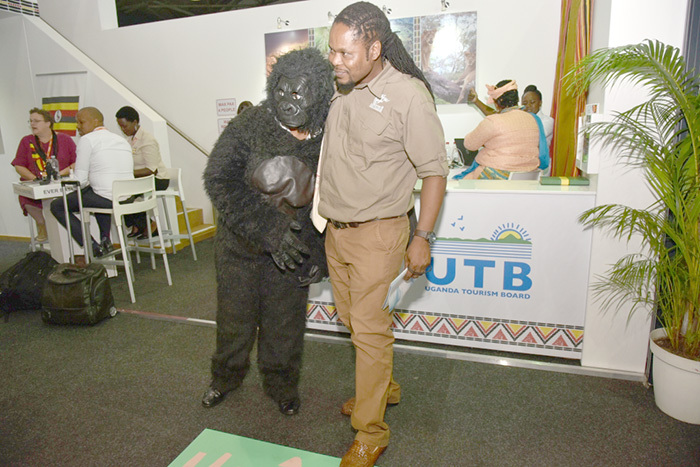 Trying to weigh the degree of resemblance. (Credit: Roderick Ahimbazwe) 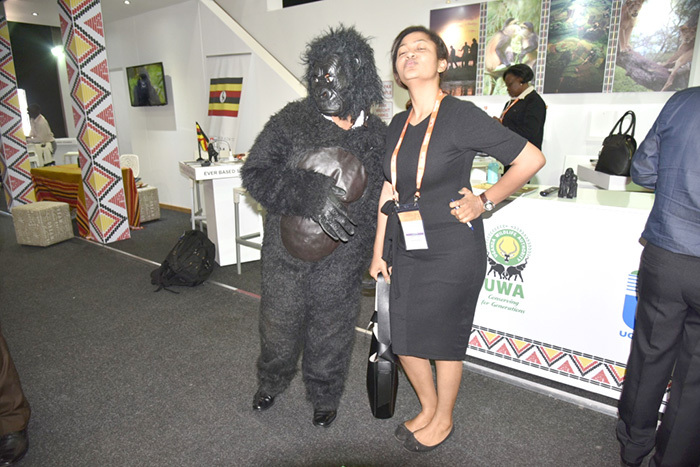 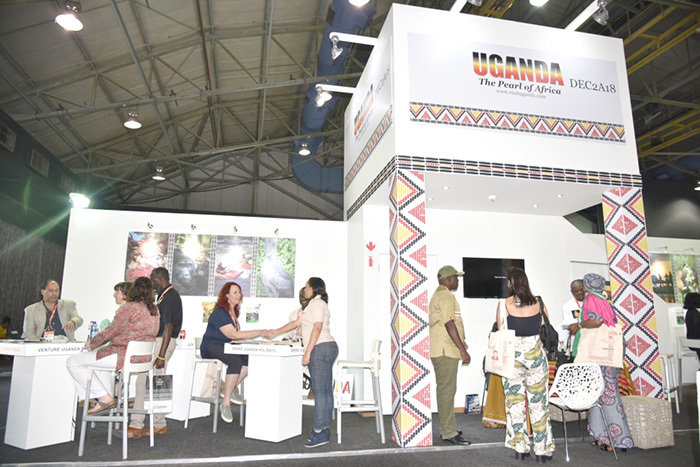 There was a lot os activity at the Uganda Tourism Board stall as guests were interested in knowing Uganda's tourism potential. (Credit: Roderick Ahimbazwe)

Yuasa sued over the death of eleven people

Are Our Professionals Negligent?