How the EU was created

By the time the Second World War ended in the late 1945, Europe was plagued by poverty, unemployment and economic instability.

European countries came to realize that the effects of the internecine war transcended the battlefield to the economic realm across much of the continent.

Broken by the ravages of the conflict, the major economies in Europe agreed to foster economic cooperation, culminating into Treaty of Rome that established the European Economic Community (EEC).

The treaty was signed in 1957 to increase economic cooperation, create a huge single market of countries that trade with one another to mitigate future wars and insurgencies. The single market revolves around the ‘four freedoms’ of: movement of goods, services, people and money.

After years of successful cooperation, the name changed from EEC to the European Union in 1993 to reflect the wider principles that had united Europeans. Meanwhile, the EU is a political and economic union of 28 member states that are located primarily in Europe with an estimated 511.8 million people. 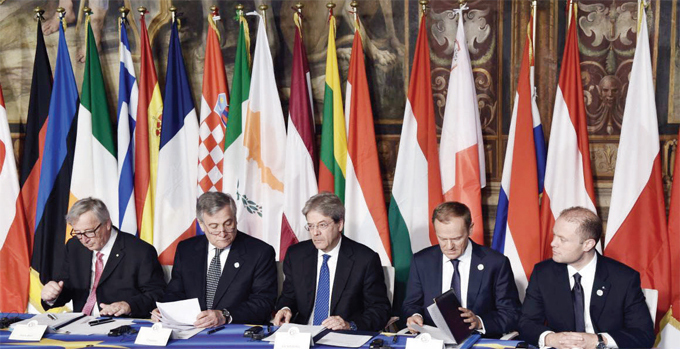 In 2012, the EU was awarded the Nobel Peace Prize in recognition of its role in helping to transform most of Europe from ‘being a continent of war to becoming a continent of peace.’ The Union is the largest contributor of contingents to United Nations peacekeeping missions, guaranteeing peace in a world with more than 40 active armed conflicts.

Economically still, the European Union is the largest trade block in the world with total exports of the 28 members exceeding 5.8 trillion euros, representing more than one third of total global exports. It is also the top trading partner for 80 countries aside being the world’s largest source and destination for foreign direct investment.

EU member states are the world’s leading aid donors, providing more than half of total official Development Assistance in 2015. Elsewhere, the capital of the European Union is Brussels, Belgium.

This union is run by five main bodies including: European Parliament, Council of the Union, European Commission, Court of Justice, and the Court of Auditors. CLICK HERE  FOR MORE ON THIS STORY

In the first 16 weeks of this year at least 18,939 migrants and refugees entered Europe by sea, according to the International Organisation for Migration (IOM), the UN migration agency.

According to a Pew Research Centre analysis of data from Europe’s statistical agency (Eurostat), at least a million sub-Saharan Africans have moved to Europe since 2010.

The survey was conducted between February and April 2017 in six sub-Saharan countries which have supplied the bulk of the region’s migrants to the US and Europe.

The senior researcher, Phillip Connor, said the study also found many sub-Saharan Africans are making plans to move out of Africa, with the US and Europe being their top choice destinations. Three-inten of the respondents named a country in the European Union (EU), Norway or Switzerland.

Many sub-Saharan Africans migrate in search of a better life in Europe. Pressures related to economic wellbeing and insecurity due to continuous conflicts in the continent force people out.

Information from the Pew Research Centre study a substantial share of sub-Saharan Africans say they actually plan to move to another country in the next five years. Those with plans to migrate ranges from roughly four-inten or more in Senegal (44%), Ghana (42%) and Nigeria (38%) to fewer than one-inten in Tanzania (8%).

After the closure of the Balkans route, the ‘new and equally old frontier of migration to the EU is the African route that passes through Libya. Thousands of Africans put their lives at risk as they go on a boat journey in search of what they think would be a better life. Most of migrants depart from Libya at night, travelling across the Mediterranean Sea in broad streams with Italy as their central destination. From Libya, over 150,000 people have crossed to Europe per year in the last three years and these were reportedly mostly migrants rather than refugees.

It is mostly a journey that begins with hope for most of them, but often ends in despair or even death. Libya and Italy has become a graveyard for migrants who attempt the perilous crossing into Europe. According to IOM, on April 1, Spain’s maritime rescue service saved one person and recovered four bodies from a sinking boat during a rescue operation in the Gibraltar Strait. CLICK HERE FOR MORE ON THIS STORY

Europe has the best education

Europe is the best hub for high quality and relevant higher education that is able to equip students with the knowledge, skills and core transferable competences they need to succeed after graduation.

This is because of the high quality learning environment which recognises and supports good teaching. European countries also boast some of the most revered education systems in the world. At the end of one’s education, one is awarded a respected qualification, in addition to a lifetime of experiences and memories.

According to Times Higher Education World University Rankings 2018, over 400 of the world’s best universities are in Europe. The University of Oxford takes the top spot in the Europe ranking, while 92 other UK universities appear in the league table, with Germany taking the next most-represented European country, with 44 institutions, many of them within the top 100.

Of the universities on mainland Europe, a Swiss institution – ETH Zurich – Swiss Federal Institute of Technology Zurich – achieves the highest rank, making it into the top five in Europe and the top 10 in the World University Rankings 2018.

The top 10 European universities include UK, Swiss, Germany and Swedish institutions, but UK universities take most of the top spots. Meanwhile Finland, the UK, the Netherlands, Ireland and Poland all feature in the top 10 overall education systems in the world, according to Pearson.

When it comes to innovation, many European universities offer innovative courses, with Sweden as the home of technology and software that is used every day such as Skype, Spotify, Candy Crush, Minecraft and Angry Birds. CLICK HERE FOR MORE ON THIS STORY

Uganda is recovering from the effects it faced when the European Union (EU) imposed a total ban on Uganda’s horticulture exports in early 2015.

This was alluded to by Trade minister Amelia Kyambadde, in subsequent engagements. This prompted the government to impose a self-ban on exportation of horticultural products to the EU. In 2016, the trade deficit reduced to $1.993b from $2.926b in 2015 which is attributed to the overall increase in export earnings by 8.8%. 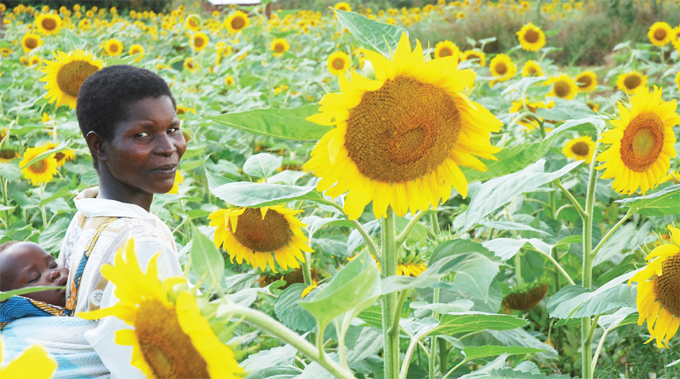 A sunflower garden in Dokolo district. Lango region is one of the leading sunflower growing areas in the country

The EU market ranked third highest destination for Uganda products, registering a slight decrease in its share from 17.8% in 2014 to 16.5% in 2015, according to the 2016 statistical abstract by the Uganda Bureau of Statistics.