Fr Reynaert would wake us up at 6:30am, say Franciscan Sisters

KAMPALA- The Sisters of the Catholic religious institute of the Little Sisters of St Francis,  have paid tribute to Fr Gerard Reynaert, a priest of the missionary congregation of White Fathers (also called Missionaries of Africa), who died of kidney related complications at Nsambya Hospital on Thursday at the age of 93.

Reynaert, who hails from Belgium, was the chaplain of the Little Sisters of  St Francis Nsambya Complex. He was also the local bursar of the White Fathers' community at Lourdel House, Nsambya.

Speaking to mourners who turned up for the funeral service at Lourdel House Chapel, Nsambya on Sunday,  Sr Antonia Namuli said this of Fr Reynaert:

"Our spiritual grandfather, Fr Reynaert, has been coming to our chapel every day at 6:30am to lead us in the sacrifice of Mass. At times he would appear so frail and sickly that we would think he would not return the following day. But still he would come again the following day with a smile. He was committed to his priestly ministry. He also inspired us tremendously to be faithful to our religious commitments." 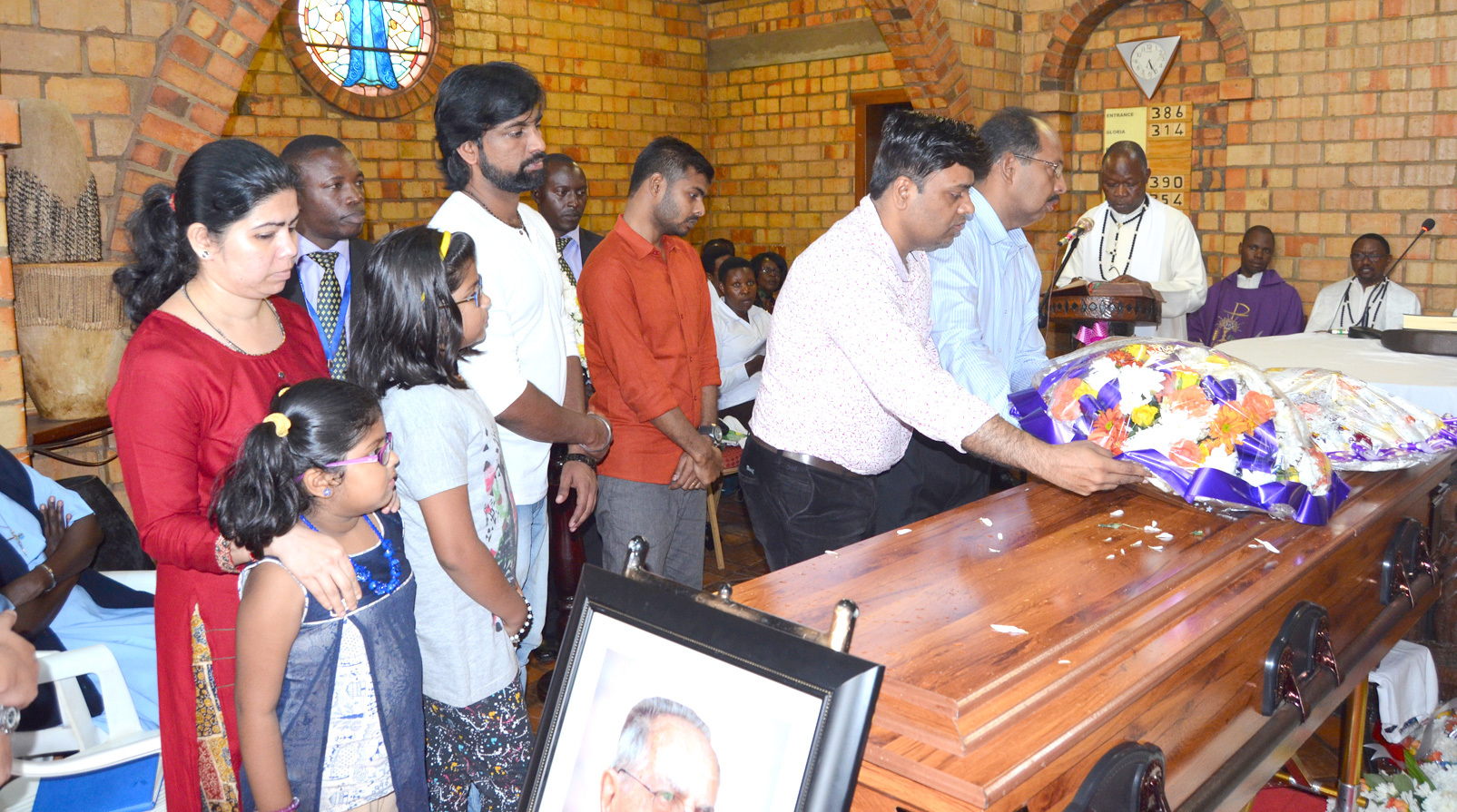 Members of the Indian Community laying a wreath on the casket of Fr Reynaert during his funeral service at Lourdel House on Sunday. (Credit: Mathias Mazinga)

The East African Provincial Superior of the White Fathers, the Very Rev Fr Aloysius Ssekamatte, who presided over the funeral service, described Reynaert as a faithful and humble priest, who loved and served his God with total faith.

"He was an interesting member of our congregation, who always charmed up the community. He celebrated the Eucharist every day. He always prayed loudly during community prayers. He had deep faith in God. Our brother Reynaert had a high sense of duty. Even at the age of 93, he would wake up early in the morning and go to say mass for the Sisters at Nsambya Complex.

"He always sat on the verandah to welcome our visitors. He would also ensure that all the visitors have a room to stay in. As a faithful steward, he always opened the entrance of the chapel for the Christians to enter and pray. He would also switch off the lights and close the door after prayers.

"Fr Reynaert was also a generous priest, who lived an incredibly simple lifestyle. He had nothing for himself. He had only three books in his office. There was also nothing in his bedroom, apart from his simple bed, mattress and wooden chair. The simple lifestyle he led is a challenge to many of us, who accumulate a lot of material things, but are reluctant to help the needy." 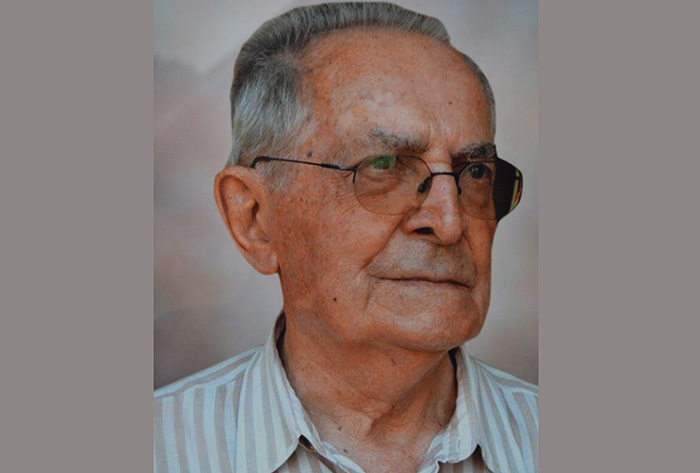 The Very Rev Fr Reynaert was born in Belgium on October 22, 1925. He joined the White Fathers' Novitiate in 1947. After going through the congregation's priestly training, he took his missionary oath on July 21, 1951. He was subsequently ordained a priest on April 12, 1952.

Reynaert was posted to Uganda in 1954.  Since then, he has stayed in Uganda, without taking any leave back to his country.  He has worked at Catholic parishes like Nkozi (in Mpigi district), Kisubi Seminary, Bujuni (in Hoima), Busuubizi TTC (in Mityana), Nswanjere Seminary, Rubaga Cathedral, Nandere , Nakasongola, Vumba, Ndibata and Lourdel House.

Fr Reynaert will be buried today at St John the Baptist Catholic Church, Nabulagala (in Rubaga Division). The funeral service presided over by Archbishop Cyprian Kizito Lwanga will start at 12:00pm.