Earthquake kills four in South Africa mine
Next Story

A first ever national cleaning day

"So much household waste is dumped in gutters that they constantly become blocked causing flooding during the rains."

"So much household waste is dumped in gutters that they constantly become blocked causing flooding during the rains."

PIC: Residents of Freetown take part in the first edition of the 'National Cleaning Day' on Saturday. (AFP)

Sierra Leone on Saturday held its first "national cleaning day" under new President Julius Maada Bio as part of a campaign to improve hygiene and the work rate of civil servants.

In the capital Freetown's largest slum Kroo Bay hundreds of men and women sifted through tons of household rubbish and plastic waste that had been clogging the drainage system.

Trader Adama Kamara who lives in the slum said he was pleased that President Bio was trying to improve the environment "because our country is too dirty".

"So much household waste is dumped in gutters that they constantly become blocked causing flooding during the rains," he said.

"After the cleaning, the water can now easily flow through the drainage and empty into the sea, so I appreciate that and I'm happy for that," he added. 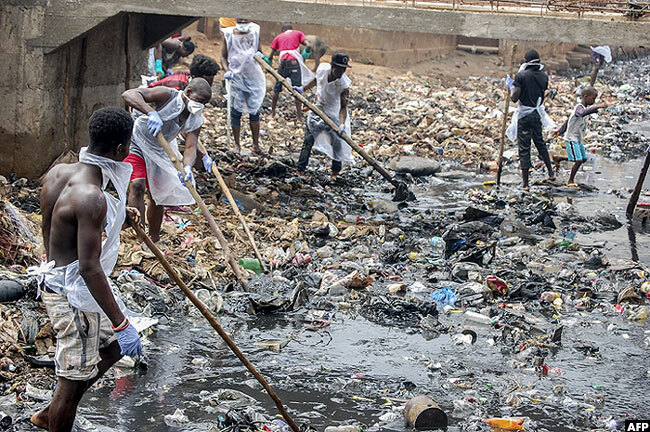 Michael Aboidu Frazer, a fisherman in his fifties, said the cleanup would have a big effect on the slumdwellers.

The area is "among the disaster prone communities in Freetown with (a) perennial flooding problem which often cause deaths and damage to properties during the rainy season," he said.

The cleanup was announced by President Bio's office last month, two days after a rally in which the new leader, a former general who was briefly in power in the 1990s, said he would be a stickler for "discipline".

Cleaning days will be held on the first Saturday of each month, from 7:00 am to 12:00 noon, a statement issued by the presidency said.

Bio added that all civil servants and government ministers would be expected to be at work from 8:30 am until 4:45 pm, and that he and the vice president would carry out snap checks.

"Failure to report for work on time will lead to disciplinary action and potential summary dismissal," the statement said. 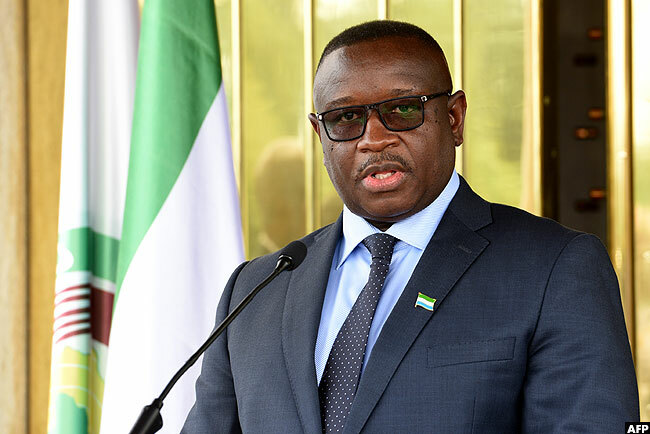 Health and Sanitation Minister Alpha Tijan Wurie said there was much work to be done.

"I love the enthusiasm of the people... they clearly want to get their environment very clean," he told AFP during a spot inspection in central Freetown.

"The process is going to continue (and) it will not stop at just once per month," he said.

A monthly National Cleaning Day -- in which public areas are cleaned of rubbish, trees planted and walls repainted -- was brought in during the 1992-1996 junta led by Captain Valentine Strasser, who was overthrown by Bio, then his deputy.

The monthly cleanup was restored from time to time by following regimes.

Bio took office in early April after a tumultuous election campaign, ending a decade-long rule by the All People's Congress (APC).

One of the poorest countries on the planet, Sierra Leone wrestles with major problems of infrastructure, such as sewerage, roads and power.