Liverpool to play Real Madrid in Champions...
Next Story

Arsenal knocked out of Europa League by A.Madrid

After a 1-1 draw a week ago in London, Diego Costa grabbed the decisive goal just before half-time in Spain as Atletico reached a fifth European final in eight years.

After a 1-1 draw a week ago in London, Diego Costa grabbed the decisive goal just before half-time in Spain as Atletico reached a fifth European final in eight years.

Diego Costa killed Arsene Wenger's last hope of a glorious Arsenal farewell as his goal sent Atletico Madrid through to the Europa League final on Thursday.

Wenger's 250th European fixture with Arsenal also to proved to be his last, decided by a typically ruthless finish from Costa, who delivered the sort of barnstorming display defenders must have nightmares about.

Arsenal's defence, fragile and nervous throughout, were particularly susceptible and this 1-0 defeat, 2-1 on aggregate, means Wenger's final season in charge will end with his team missing out on Champions League qualification for a second year in a row.

For all his domestic achievements, Wenger will also depart without a European trophy to his name and it remains to be seen how sitting outside the continent's premier tournament will affect Arsenal's pursuit of a new coach, and players, this summer.

More immediately, there was the concerning sight of Laurent Koscielny being carried off on a stretcher in the 12th minute after the defender went down, with nobody near him, clutching his left Achilles.

Arsenal and France now face an anxious wait, with the start of the World Cup just over a month away. 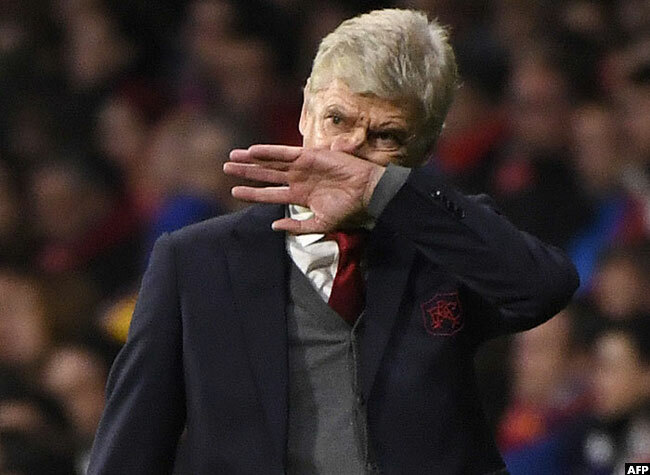 Koscielny's exit made a tough task all the more difficult for Arsenal, who were always going to be up against it at the Wanda Metropolitano, where Atletico have not lost in the league all season and not conceded a goal since January.

Costa was hunting Arsenal's back four from the outset as he wrestled past Koscielny, knocked over Nacho Monreal before firing wide with only David Ospina to beat.

Koscielny was substituted soon after, replaced by Calum Chambers, but Arsenal enjoyed one of their best spells midway through the half, dominating possession and reducing Atletico to a series of rushed clearances.

At the back, however, they were shaky, as Ospina had balls booted out of his grasp by his teammates on more than one occasion while their passing out of the back was too often careless. 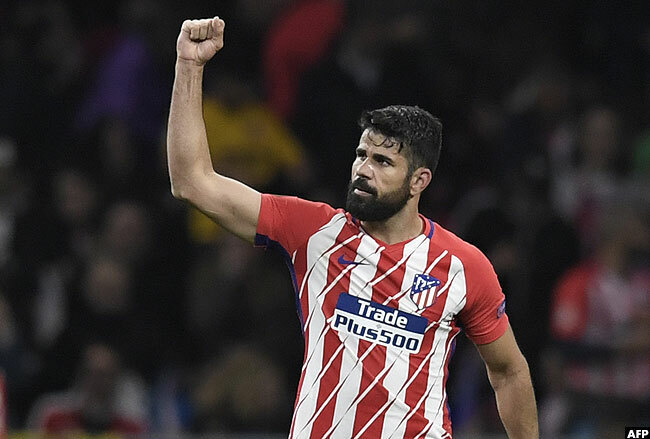 By the end of the half, Atletico had regained the ascendancy and in injury-time, they struck. Granit Xhaka's weak header put Arsenal on the back foot and Antoine Griezmann threaded through to Costa.

He held off Hector Bellerin with ease before coolly finishing past Ospina.

Arsenal came again after the interval. Aaron Ramsey bundled his way through but the ball would not fall for him six yards out while Mesut Ozil flashed too sumptuous deliveries across the face of goal.

Griezmann could have put the tie to bed after Costa had turned Shkodran Mustafi inside out but the defender recovered just in time to block.

A vintage Costa performance would not be complete without a scuffle and he provided it when Mustafi tried too enthusiastically to grab the ball off him for a free-kick.

Both players were booked and when Costa was substituted soon after, the striker was given a standing ovation.

Arsenal piled forward late on in search of an equaliser but in truth, their night ended without them really creating a clear-cut chance.

When the final whistle blew, Wenger marched straight down the tunnel as around him, Atletico's celebrations began.