According to the site engineer Rogers Nyeko, the hostel block that will accommodate up to 72 athletes will be ready in two months’ time pending furnishing.

According to the site engineer Rogers Nyeko, the hostel block that will accommodate up to 72 athletes will be ready in two months’ time pending furnishing.

Following a downpour moments after our guided tour, the road leading to the site was blocked by two heavy trucks that slipped as they carried murram to the site, blocking traffic including two Ministry of Education and Sports vehicles that we had used for the journey.

Because of the blockage and with no alternative route, we only had one option of walking to Kapchorwa town, abandoning the vehicles, which only made it to town the following morning.

The experience gave us a clear picture of what the contractors China National Complete Plant Import and Export Corporation (COMPLANT) are currently going through as they execute their work for the first phase. 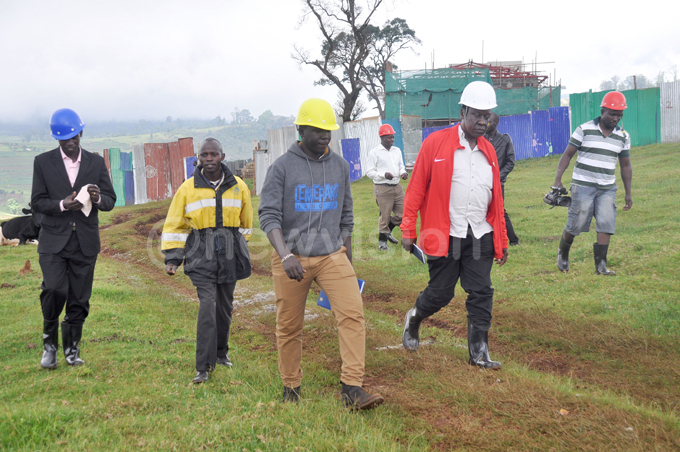 "It is good you have also experienced the suffering we go through every day. I'm requesting the government to tarmac the road so that we don't suffer like this," one boda boda rider who was also headed to Kapchorwa town pleaded.

One year after the site was handed over the contractors, the Uganda National Roads Authority (UNRA) that is supposed to do regular maintenance of the road has not delivered on their duty making it hard for the contractors to carry out their work smoothly.

But in one year of the 36-month project, they have been able to construct a hostel and an outside kitchen that is at the roofing stage and they have also excavated the 3km jogging track, parking area and the site for the athletics artificial turf in the three-phased project.

According to the site engineer Rogers Nyeko, the hostel block that will accommodate up to 72 athletes will be ready in two months' time pending furnishing.

"The progress is good despite the rain; it rains for 8 months here and we only have few dry days, but we are still working within the contracted period. We are on a high altitude so we need heavy trucks to ferry the murram to the site which we are doing at the moment," Nyeko noted.

"We need 30,000 tons of murram on site, but our biggest challenge is the rain though we designed our work program basing on the rain partner. UNRA should step in to do regular maintenance so that we don't deviate from the working program," Nyeko pleaded.

He said the government is also supposed to survey the land to determine the exact boundaries before fencing off with the concrete poles and chain link which are already on site.

He said that all the other material that is needed from outside the country such as geo textiles, tiles, artificial turf and electricals had already been procured.

Sports Commissioner Omara Apita said the ministry was committed to securing the sh25bn needed to complete the first phase. 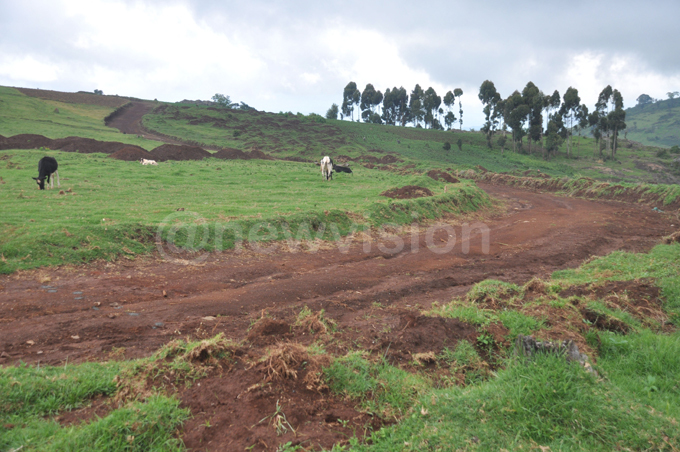 "It is the anticipation and expectation of the ministry that when the first phase is done, it will be able to accommodate athletes comfortably and they should be able to train and start using the facility," Omara stated.

John Matovu of the Infrastructure Design Forum, the supervisors of the project gave an overview of the project saying the hostel will also have administration offices and a small temporary gym.

He said a bigger gym will be accommodated in the second phase where additional accommodation on two blocks will also be provided. Suites for elite athletes and foreign ones will also be constructed including coaches and staff houses.

A natural grass field for football and rugby, pavilion for small spectators and coaches, a sports hall for indoor games and an Olympic size swimming pool, services center that will accommodate a cafeteria, modern restaurant and kitchen will all come in the second phase.

"Earth works on the jogging and artificial turf is done; next is leveling to achieve certain gradients before back filling with murram and crushed aggregate. Our work is to ensure we achieve the quality that we agreed upon in the contract and we a following a work program which is adjustable depending on different circumstances, but within the 36 month," Matovu stated.

The project was first mooted in 2010 by President Museveni in the aftermath of Moses Kipsiro's 2010 Commonwealth Games double gold success in the 5000 and 10,000m races, with the inauguration of works done in 2013. The contractor started work in February last year.

The solution to challenges of digital taxation