'No longer a hermit': South Koreans fascinated by Kim

South Koreans on Saturday pored over every detail of a historic summit in the Demilitarized Zone, transfixed by an extraordinary charm offensive by the North's leader Kim Jong Un.

Kim's public appearance at the summit, beamed live to millions in the south, was for many the first prolonged exposure to an authoritarian figure revered in his secretive nation but shrouded in mystery.

The 30-something leader was on his best behaviour, frequently flashing a smile, making humourous remarks and patting children as tenderly as any election-seeking politician in the West. 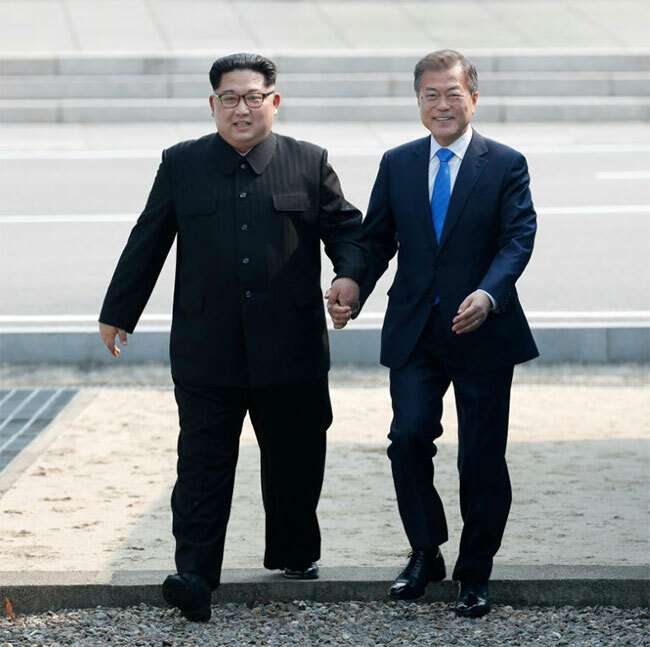 "I heard Kim Jong Un making a joke and hearing that made me realise that he is also just a human being," Choi Hyun-ah, a 24-year-old events planner, told AFP.

Kim showed a few brief moments of human fallibility, appearing slightly out of puff at times and missing the soil when trying to plant his shovel during a tree-planting ceremony.

The reclusive North "deifies Kim in a strict, scripted and controlled manner", noted the Korea Times, but "everything about him -- including his facial expressions, walk, gesture, voice, black Mao suit and signature hairstyle -- was streamed live by global media outlets".

Kim was "no longer a hermit", the paper said in the headline of its editorial, adding he had shown himself capable of "showmanship" with his impromptu invitation to the South's President Moon Jae-in to hop briefly over the border to the North himself.

Kim rapidly got into his stride, reducing the South Korean delegation to giggles with banter about noodles from the North and seeming playful at times, deadly serious at others.

For 30 minutes, the cameras were trained on Kim as he chatted with Moon over al-fresco tea in woodlands in the Demilitarized Zone that divides their two countries.

Not a word could be heard -- just birdsong in the trees -- but it was compelling viewing nevertheless, Kim appearing to listen intently to his elder counterpart, nodding gently and occasionally making small gestures.

The Korea Herald even examined Kim's inscription in a guestbook to analyse his handwriting -- which like many aspects of his public persona is modelled on that of his grandfather and predecessor, the North's founder Kim Il Sung.

A graphologist pronounced he has a "feisty and self-centred personality" and was "excited and highly elated when he wrote the message."

His gravelly tones -- he has often been photographed with a lit cigarette in hand -- -- were an object of fascination for many.

"I mean, I always knew that he existed. But today was the first time where I felt 'Oh my God, Kim Jong Un is a real person'," she told the Korea Herald.

"Up until today, it always felt like Kim was some sort of cartoon character. It was refreshing to see him talking about normal things like cold noodles, not nuclear weapons or wars." South Koreans were also fascinated by Kim's wife Ri Sol Ju and his powerful sister Kim Yo Jong, who spent much of the day at her brother's side.

Kim's sister - who acted as his envoy to the South's Winter Olympics in February - broke into a broad grin while greeting Moon, with officials later revealing she had blushed when the president said she had become a celebrity.

At one point Ri was the top search topic on South Korean internet portals, with users describing her as "a natural beauty", "humble and well-mannered" and "graceful".

But by noon on Saturday the summit had been displaced as the top item by Korean film "Delta Boys."

And others refused to be taken in by the smiles and hugs, with the North accused of a litany of state-sanctioned rights abuses.

Min Joong-hong, head of one of the anti-North Korea groups protesting against Friday's summit, told the Korea Herald that Seoul should not engage with Pyongyang, which "continues to commit crimes against humanity, including murder, torture and imprisonment." 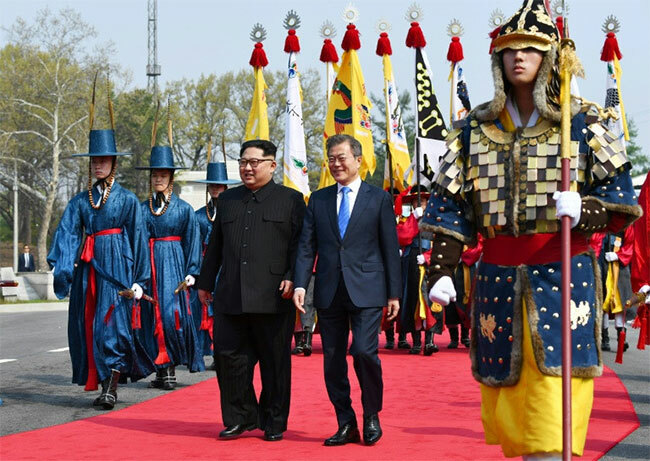 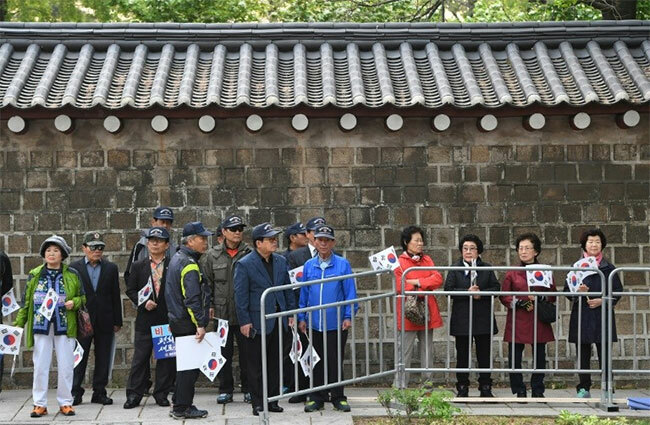