It is that time of the year when the Dutch put all other businesses aside to celebrate King’s Day. April 27 marks the birth of the Dutch King Willem-Alexander. It is one of the biggest birth dates in the world. The Dutch Ambassador to Uganda, Henk Jan Bakker, in an interview with Jacky Achan gives insights about this special day, their relations with Uganda and the South Sudan refugee crisis. Below are the excerpts

Happy King’s Day! What are the celebrations centered on this year and what message do you have for your citizens here and Ugandans at large?

(Smiles) On King’s Day we not only celebrate the birth of our King Willem-Alexander but, also the unity of our country and citizenry. The colour orange is the symbol of that unity. Today everybody in the Netherlands is dressed in something orange. Just like last year, I hosted the Dutch community in Uganda, Ugandans and our friends in Uganda at my residence to celebrate King’s Day yesterday. We had music, lots ROYAL BIRTHDAY SPECIAL SECTION NEW VISION, Friday, April 27, 2018 27 advertiser supplement New Vision of entertainment, drinks and Dutch foods many have been craving for including raw herring (soused raw fi sh).

Last year, I had about 700 guests half of whom were Dutch and the other half were our friends and business partners. Guests were invited but, anyone with a Dutch passport was welcome. So to our Dutch citizens here in Uganda my message is: No matter how long you have been away from the Netherlands and have lived in beautiful Uganda, I hope your heart still beats a little orange and that you fi nd pride in being Dutch. To all the Ugandans: On King’s day here in Kampala we also celebrate the long lasting friendship and strong bond between our two countries. So I hope many Ugandans join us today in celebrating King’s day.

Uganda has several kingdoms that include Bunyoro, Buganda, and Toro among others. Although they are largely cultural institutions, which aspects do you think they would do well to borrow from your crown back home?

King Willem-Alexander has a ceremonial role. As head of state he does not have any executive powers. However, the House of Orange our royal family is a strong binding factor in Dutch society. Every day they meet with citizens from all walks of life be it old, young, rich or poor. King Willem-Alexander and Queen Maxima do this but, it’s part of a long tradition.

King Willem-Alexander’s mother Queen Beatrix and his grandmother Queen Juliana did exactly the same. They go out into the country, to schools and universities, businesses, Government institutions, civil society organisations, hospitals and health facilities plus charities and they are completely transparent about it. CLICK HERE FOR MORE ON THIS INTERVIEW

In position 115 out of 190 assessed economies, Uganda improved by seven places according to the World Bank’s Ease of Doing Business report. The Netherlands which is celebrating King’s Day ranked 32nd. According to the Dutch Ambassador to Uganda, Henk Jan Bakker there are about 100 Dutch businesses or businesses with a Dutch connection in Uganda.

He, however, says much more needs to be done to improve the investment climate in Uganda. “Bureaucracies, unclear rules and regulations including tax rules are still wide spread. In addition, too often my staff and I need to step in to assist Dutch entrepreneurs who are confronted with fraud and corruption. Some of these cases are staggeringly bold,” he says. 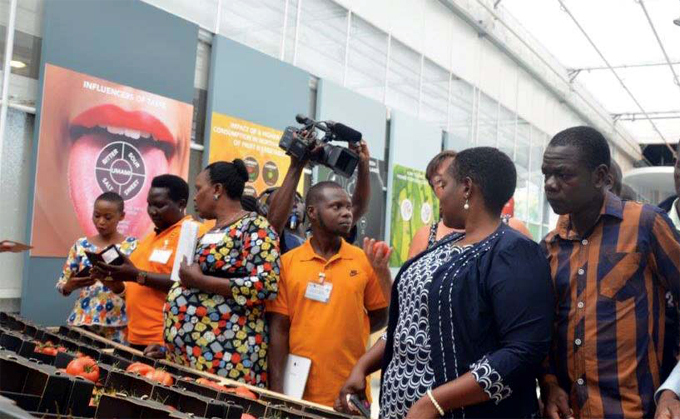 Bakker says there have been instances where individuals pretending to work for big corporations and order for containers full of goods from the Netherlands and refuse to pay.

“Also there is corruption from within where Ugandan staff members employed by Dutch businesses defraud the companies they work for. I have even seen an example of Ugandans not just attempting to defraud money or goods but, literally trying to steal a whole company from their Dutch owners. Not often do these people who abuse their position in society or their connections with government or security agencies, and who misuse and overload the judicial system by pressing fake criminal charges, get brought to book. This really has to stop,” he says. CLICK HERE FOR MORE ON THIS STORY