Owomukama told students that with drugs, you become totally useless. "If you engage in drug abuse, you will waste away your future,” he said.

Owomukama told students that with drugs, you become totally useless. "If you engage in drug abuse, you will waste away your future,” he said.

A flight expert at Entebbe international airport has urged the youth to take good care of themselves by shunning alcohol, drug abuse and promiscuity.

"Live responsible lives. Do not abuse drugs so that you contribute to the development of Uganda at large," Frederick Owomukama, an air traffic controller at the airport said.

He made the remarks while addressing students during a field study tour of Kampala executive aviation in Kajjansi, Wakiso district recently. The schools included St. Joseph's SS Nagalama and Light Academy Secondary School. 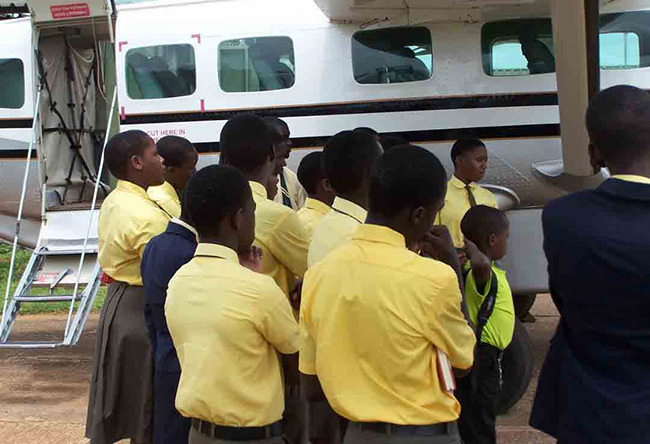 Owomukama told students that with drugs, you become totally useless. "If you engage in drug abuse, you will waste away your future," he said.

He invited the students to visit drug abuse rehabilitation centers across the country, to appreciate how dangerous drug usage can be to their lives.

He however expressed optimism that there is so much information out there on how to fight it.

"When we were in school in the 1980's, we had no such information regarding drug abuse, but now days youth are lucky, they have this information," Owomukama said.

He also noted that parents can play a key part in teaching their children about adverse effects of alcohol and drugs abuse.

"It destroys lives and it breaks families and the best way to fight it is through prevention," Kuteesa said. 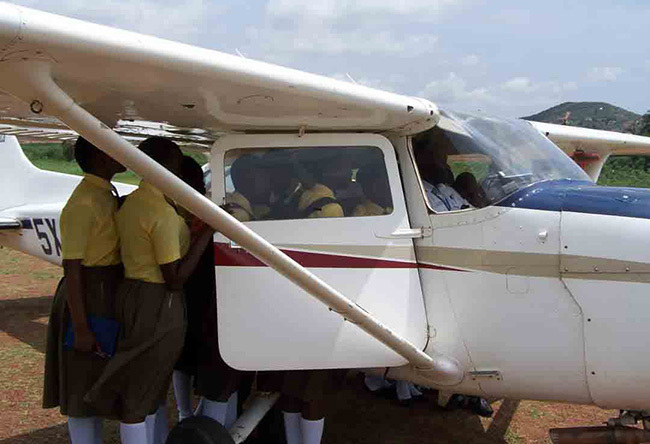 He said plans are underway to open up an aircraft assembling plant in Nebbi where they will be providing aircraft accessories to different organisations that need them across the country and within the East African region.

He said they will also provide low flight tourist aircrafts to boost the tourism industry.

Kuteesa also explained that these tours help expose students to experts in the aviation industry to give them an oversight and overview about things around the aviation and also build connections for future reference.

"The students on board learn how the airstrip provides for the safety of its passengers. They also get chance to tour the security screening checkpoint and one of the airstrips fire stations," Kuteesa said.

The training and operations manager of Kajjansi airstrip,  Braam Hectare said during the tour, students got an opportunity to follow the path of a traveling passenger and learned firsthand what they needed to do when catching a flight at the airstrip.

"The students got exposed by speaking with airline representatives about topics such as ticketing, checking luggage, and finding their gate," Braam said.

The students also got chance to speak with the transportation security administration about the security checkpoint process.