SA wine production drying up in water crisis
Next Story

Police reports indicated that 341 women and girls were killed in domestic scuffles between 2015 and 2016.

Police reports indicated that 341 women and girls were killed in domestic scuffles between 2015 and 2016.

In Uganda, women, children and even men are battered within the very homes they are supposed to be safe.

According to a survey done by the Uganda Demographic and Health Survey (UDHS) of 2011, 56% of women experience physical violence from the age of 15, 28% aged from 15 to 49 have experienced sexual violence compared to 9% men in the same age group and 16% experienced violence during pregnancy.

But it was noted that the figures may still be higher given that some cases are not reported and only solved by families or local officials at village levels.

Districts including Kampala, Wakiso, Mukono, Iganga, Rakai and Mbale recorded the highest cases of violence against women and girls. 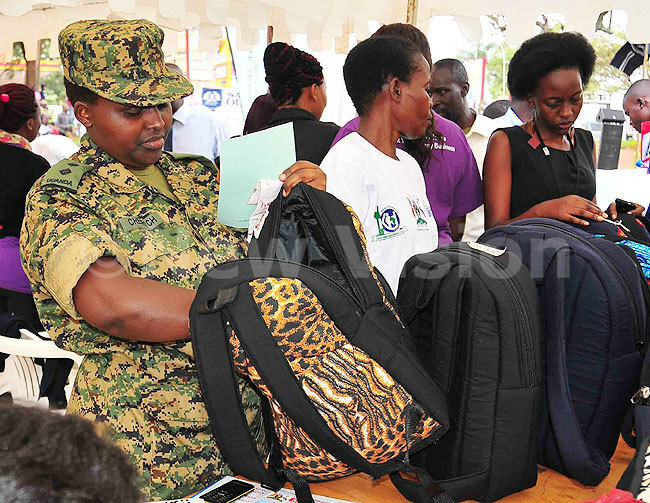 A UPDF soldier checks out a bag made by wives of UPDF officers. (Credit: Gladys Kalibbala)

Anyone can be a victim

Reports explain that domestic violence can happen to anyone in the community, regardless of being educated or not, age, sex, race or socio-economic background.

Although the majority of cases reported involve women and children, there are some men who have suffered - but they fear to report. Police explain that domestic violence is a crime and a violation of one's rights, where all human beings are born free and equal with dignity and rights.

Organisations, such as Centre for Domestic Violence Prevention (CEDOVIP) and Raising Voices have been key in fighting for the rights of many victims of gender-based violence as they work hand-in-hand with Police.

Such organisations believe that empowering women and girls is one of the ways to protect their rights.

"Denying women and girls their rights is not only wrong, but also has serious social and economic impact that holds our country back," a report indicated.

Once in a while, different organisations that fight domestic violence meet to discuss the way forward. During one such meeting, we captured views from some participants: