IGAD meeting kicks off in Kampala
Next Story

Vincent Bollore, who heads Bollore Group, was taken into custody in Paris for questioning. Investigators are probing allegations that the group corrupted officials to clinch the Lome and Conakry port concessions.

Vincent Bollore, who heads Bollore Group, was taken into custody in Paris for questioning. Investigators are probing allegations that the group corrupted officials to clinch the Lome and Conakry port concessions.

PIC: A picture of the autonomous port of Conakry. (AFP)

Billionaire French tycoon Vincent Bollore was detained Tuesday as part of a corruption investigation into his group's activities in West Africa where it operates several ports, legal sources told AFP.

The 66-year-old head of the Bollore Group was taken into custody in the Paris suburb of Nanterre for questioning about how the group obtained contracts to run Lome port in Togo and Conakry port in Guinea, the sources said on condition of anonymity.

The news that the magnate was being questioned in the latest probe into French business dealings in former colonies in Africa caused Bollore group stocks to tumble over 8% in Paris on Thursday.

The 195-year-old company, which has interests in construction, logistics, media, advertising and shipping, issued a statement denying "any illegal actions" in its African operations.

Its director general, Gilles Alix, and a senior executive from its communications subsidiary Havas, Jean-Philippe Dorent, were also taken into custody, a judicial source said.

Investigators are probing allegations that the group corrupted officials to clinch the Lome and Conakry port concessions in 2010 and 2011 respectively.

The ports are among several operated by Bollore's African logistics arm, which also has several African rail concessions. 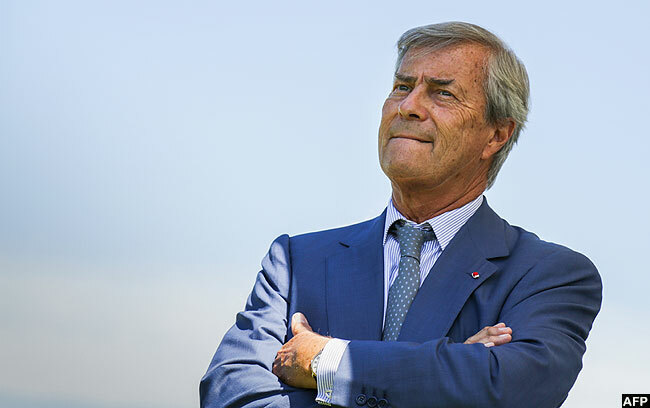 Vincent Ballore, 66, is being probed

In 2016, police searched the Bollore Group's headquarters in the Paris suburb of Puteaux.

"Soon after he took power, Alpha Conde made a decision that surprised many. The management of the port was immediately given to his friend Vincent Bollore, without any kind of trial," opposition leader Cellou Dalein Diallo, who has lost two elections to Conde, told AFP.

"It is due to the ongoing inquiry in France that Guineans discover the true motive of this unjust and illegal move taken by Alpha Conde in the wake of his taking power," he added.

A French court in 2013 ordered the Bollore Group to pay Necotrans 2 million euros ($2.4 million) in compensation, but shortly afterwards Bollore took over the company.

Havas executive Dorent also worked on the communications strategy of Gnassingbe, who succeeded his father Gnassingbe Eyadema upon his death in 2005.

After Gnassingbe's reelection to a second term in 2010, the Bollore Group won the 35-year Lome port contract -- a decision also challenged by a rival. 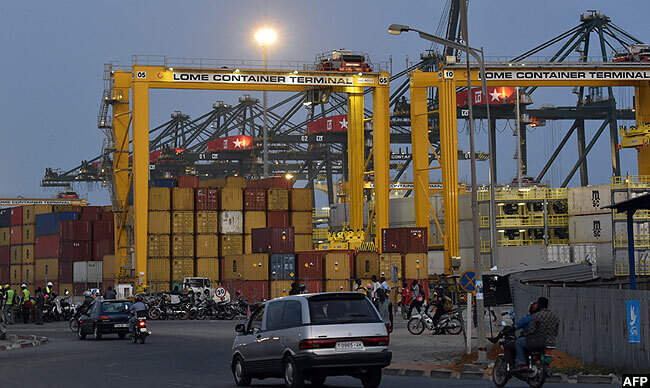 Denying any wrongdoing in a statement Tuesday, the Bollore Group claimed it had obtained the Togo concession in 2001, before it took over Havas, and that it secured the Guinea contract before Conde's election, following the "failure" of its rival.

"Attempting to link the attribution of a port concession with communication services" was "a great misunderstanding of this economic sector and economic activity in general," it said.

It added that the company would "fully cooperate with the judicial authorities to restore the truth about those facts".

The Bollore Group started out in 1822 as a family-run manufacturer of paper for cigarettes and bibles.

Vincent Bollore, a close friend of ex-president Nicolas Sarkozy, revived the group's flagging fortunes in the early 1980s, turning it into a global construction, media and transport giant, mostly through acquisitions.

The group owns a majority stake in telecom conglomerate Vivendi, owner of the Canal+ Group which is headed by Vincent Bollore's son Yannick.

In 2016, Bollore's Africa business was thrust into the spotlight in a French TV documentary highlighting the miserable conditions of underage workers at a subcontractor of a Cameroonian palm oil company, in which the Bollore Group has a stake.

A year later, a Cameroonian rail operator owned by the Bollore Group was accused of negligence after 79 people were killed when a packed train derailed.

Other companies whose African activities have been investigated include former oil company Elf Aquitaine, which the French state was accused of using to funnel millions in bribes to African leaders in the 1990s, and nuclear giant Areva, which is under scrutiny over a controversial uranium deal in Niger.