Riders compete in the cycling challenge. PHOTOS: Johnson Were

Youngsters Hendrik Hinkel and Ali Omar Yasser excited fans as they beat adults in the FIM Enduro Motocross challenge and Autocross championship in Kalangala over the weekend.

Hendrik, 15, from Rwanda beat all the other competitors to win the FIM East and Central Africa Enduro challenge, while Ali Omar Yasser popularly known as Bobo also 15 years old finished second overall in the autocross championship.

"I came knowing that Maxime will win this event, but I realised that he has withdrawn from the race and I got the strength to push harder for a win. I will use this advantage to fight for the overall trophy," Hinkel stated. 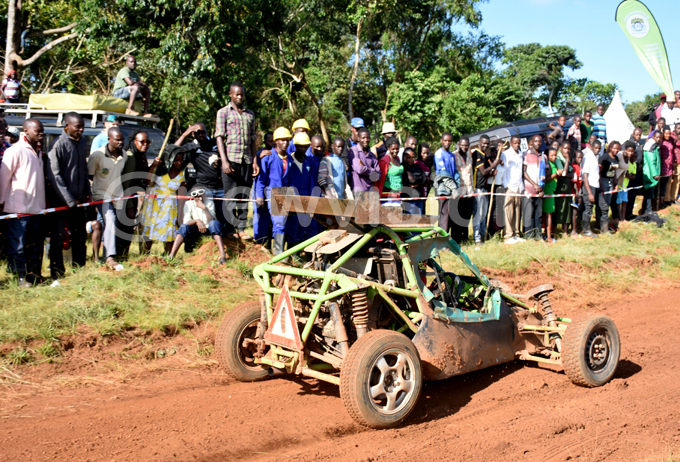 Youngster Ali Omar in action during the autocross championship. PHOTO: Johnson Were

The 15-year-old won the Enduro category after the Van Pee brothers Maxime, Olivier and their sister Natalie Van Pee withdrew from the event in protest. They accused the COC Joshua Mayanja of starting the race before they had arrived.

"We have withdrawn because the officials started the event before we arrived and they could not recall competitors to restart the event, which is unfair to us so we are not participating," Maxime said.

When contacted, the COC said," There is no way we could recall participants who were in the second lap."

Meanwhile, Jona Kansime posted a total time of 12.8 minutes to beat youngster Ali Omar in a buggy who finished second in the autocross category.

Omar, 15, posted a time of 12.3 minutes in the 23km section and was followed by Andy Musoke in a Mitsubishi Evo6 in the third position.

Teachers lose out on selfless activist

Kiyaga Fund to aid the needy