The President made two stopovers in the Zana and Namasuba.

The President made two stopovers in the Zana and Namasuba.

President Yoweri Museveni has pledged government support to the business community in the city suburbs of Bata Bata near Zana and the group that operates Premier Credit Microfinance along Namasuba Market stage.

The President, who made two stopovers in the Zana and Namasuba suburbs on Saturday as he travelled to Kampala following his return home from the 2018 Commonwealth Heads of State and Government that took place in London, United Kingdom, advised the community on how to improve incomes despite operating in limited spaces. 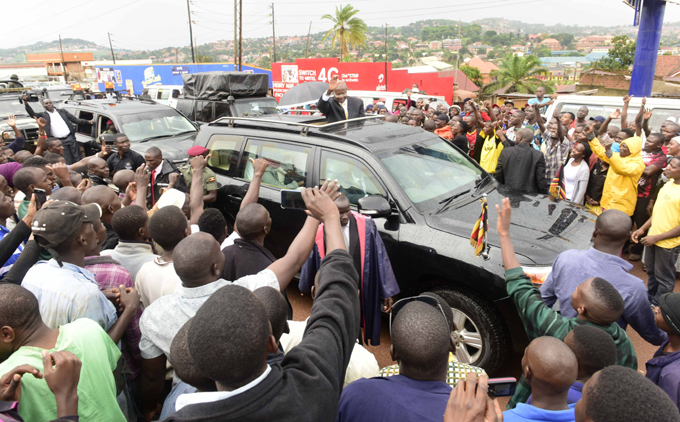 "I will send you someone to visit your areas of business operation to assess how best the government can support you in groups of various enterprises," the President said.

Emirates plane in accident on landing in Dubai

Ten people on board Emirates treated in New York hospital