Muhammad Kirumira had previously walked out in protest after journalists were blocked from accessing the Police headquarters.

Muhammad Kirumira had previously walked out in protest after journalists were blocked from accessing the Police headquarters.

KAMPALA - There was heavy counter-terrorism Police deployment at the Police headquarters in Naguru, where the judgement of former Buyende Police commander Muhammad Kirumira was expected on Thursday.

Journalists were again blocked from accessing the premises, where the Police tribunal sits.

When Kirumira arrived at the police headquarters, he said the only reason he was attending court was to respect assistant commissioner of Police Sam Omalla, who stood surety for him.

In February, Kirumira was released on bail after he brought forward Omalla as his surety.

At the time, he regretted marching out of the Police court pior in protest of what he considered extreme bail conditions. One of the terms was to present a senior Police officer.

After his release, Kirumira remained vocal that he would win the case.

On Tuesday this week, dramatic episodes ensued when Police at the headquarters denied access to the journalists deployed to cover the expected judgement.

Kirumira defiantly opened the gate and told reporters to walk in amid opposition from the security personnel at the entrance.

But on reaching the door leading to the tribunal, Kirumira found it locked and guarded. He asked to talk to an offier "of a higher rank like mine" for an explanation.

Frustrated, the former DPC, who announced that he had quit the Force, left the headquarters in protest.

The Police court is due to deliver judgement in a case in which Kirumira is accused of corrupt practice and unlawful or unnecessary exercise of authority.

It is being presided over by Dennis Odwong Odongpiny, who said on Thursday that he had been instructed not to allow journalists in, "given the manner in which Kirumira conducts himself in the presence of the press".

He said he had received instructions from his commander not to allow journalists in. 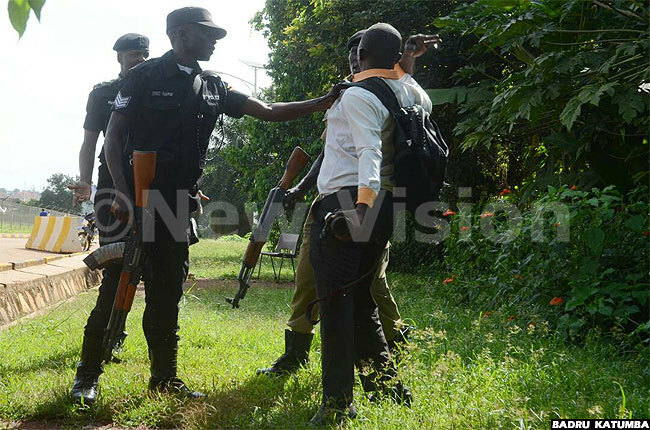 I have resigned from Police - Kirumira