When asked why she never returned to school, Mutono revealed that she was four-months pregnant

When asked why she never returned to school, Mutono revealed that she was four-months pregnant

Mary Mutono, a 17-year old senior four student of Bright Secondary school in Entebbe who has been missing for the last three weeks was found 'married' to one Paul Sekidde in Nsangi, Wakiso district.

Mutono who was granted permission by the school authorities to go home for Easter weekend on March 29, had not returned since then which prompted the school officials to trace her whereabouts.

"Exams were drawing close yet there seemed no sign of our student's return," said Herbert Kasubi the headmaster of Bright Secondary School. "And after several attempts, we managed to contact Mutono's mother who all along, thought her daughter was back to school," added Kasubi. 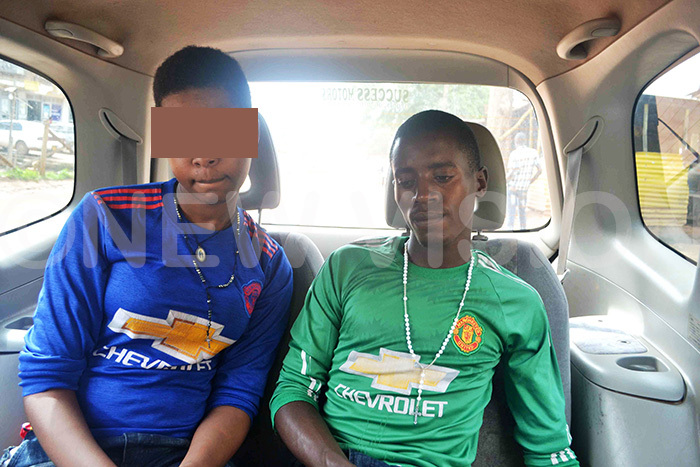 On reaching school, Hadijah Namusisi, Mutono's mother was shocked to learn that her daughter was missing, given a spate of kidnaps currently in the country.

After interrogating several of Mutono's close friends, they revealed the former's telephone number and possible whereabouts. She was then found with her 19-year-old boyfriend in their rented single-room at Nsangi.

When asked why she never returned to school, Mutono revealed that she was four-months pregnant, and thus couldn't return to school for fear of shame and possible expulsion.

Mutono 's boyfriend Sekidde has since been charged with defilement vide SD Ref: 11/17/04/2018 at Nsangi police

Chibita Got It Wrong